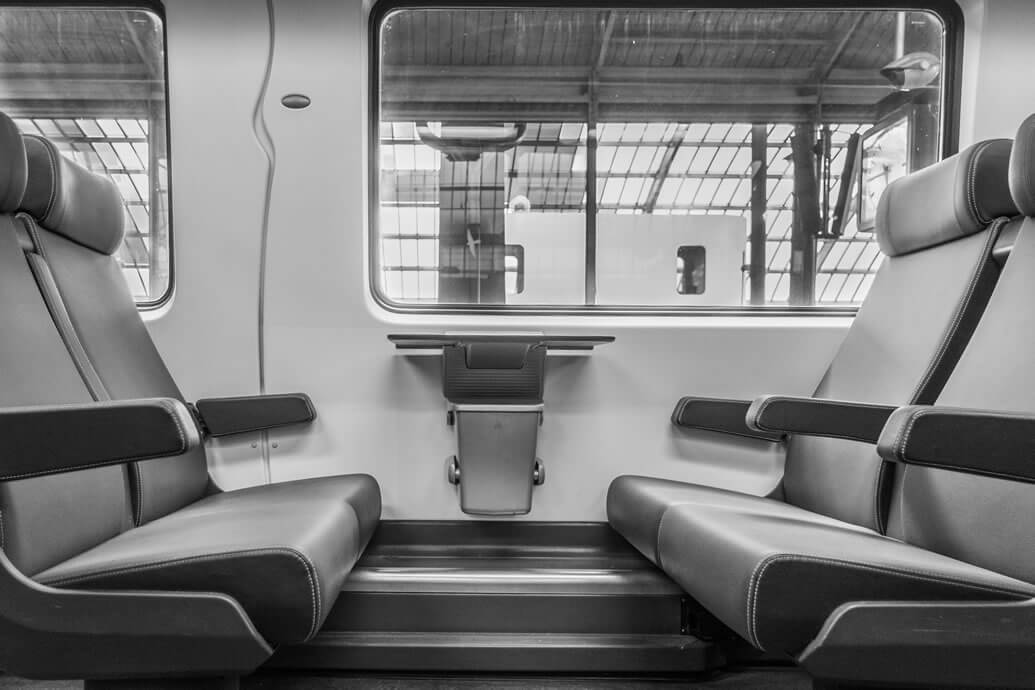 A new European standard for rolling stock fire safety testing is expected soon. It follows a 20-year project by experts from Europe’s laboratories, train builders, certification bodies, regulators and component manufacturers – and is about to culminate in seismic changes to the rolling stock sector.

The publication of a new industry standard – EN 45545-2 – which is anticipated early next year heralds the introduction of harmonised fire safety requirements on rolling stock across the European Union. The enormous impact of the changes can be imagined when it is considered that almost everything on a train weighing more than 100 grams has to undergo stringent fire safety testing.

Exova Warringtonfire has been at the centre of developing the new standard from the outset, sitting on various committees and taking part in projects at both European and UK levels, so is well placed to evaluate the significance of the new regime.

Every sort of manufacturer will need to factor-in the regulatory requirements of the new standard – from upholsterers and cable suppliers, to ceiling makers and floor covering producers. The upshot is that material suppliers cannot integrate the new system into their production process soon enough.

Why the Need for Change?

At present, each national train specification has completely different test methods and safety criteria to assess materials for fire protection. The regulatory change has been driven by a desire for a safe and inter-operable system across Europe. EU countries also believe the introduction of a European rolling stock test standard is important to reduce trade barriers faced by manufacturers. The move towards harmonisation has additionally been driven by the issue of rolling stock travelling across country borders, such as the Channel Tunnel route that runs in both the UK and France.

Under the current system, each country sets its own reaction to fire requirements – so, for example, in the UK we have BS 6853, while France uses NF F 16-101. As a result, manufactures often find themselves needing numerous tests on the same product. In many cases, several tests assess the same fire behaviour parameter, for instance flame spread. European law is being changed to bring all EU countries into the same fire safety requirement regime, which embraces reaction to fire, fire resistance, and fire detection.

All of these parts are currently published as technical specifications. A technical specification is not a standard, but a document with a three-year lifespan, after which it must be reviewed and either accepted as a standard; modified and accepted as a standard; or given another three years (after which it must be accepted or withdrawn). We are now coming to the end of this phase and we expect 2013 to see the publication of all parts of the series.

The Significance of ‘Reaction to Fire’ Testing

The process of developing EN 45545-2 (‘Reaction to Fire’ assessment of materials) has involved discussion and research funded by individual organisations, industry groups and the European Commission. In some cases, completely novel test methods have been developed, which are primarily designed to better replicate real fire scenarios.

The section on ‘Reaction to Fire’ (Part 2) relates to the reaction to fire performance of materials and composites used on rolling stock across Europe. An earlier version of the document has been modified and the final draft of EN 45545-2 submitted as a committee document (FprEN 45545-2) for ratification. The formal voting procedure to decide if this will be published as a European Norm, ‘EN 45545-2 Edition 1’, is presently under way. A positive vote is expected, and publication is expected in February 2013.

EN 45545-2 Edition 1 brings together years of detailed research and meticulous development work. However, on publication as a European Norm, the revision of EN 45545-2 Edition 1 is likely to begin almost immediately. Amendments will be required because there are still some technical issues to be addressed. The aim would be to publish EN 45545-2 Edition 2 inside three years.

EN 45545-2 Edition 1 will generally be an excellent tool to ensure selection of fire safe products, but there will clearly be room for further development. The experts responsible for Edition 1 were not able to fully consider all comments raised by the national committees regarding the earlier draft document, CEN/TS 45545-2. Instead Edition 1 focused purely on editorial and minor technical changes. Revision work on this standard will start almost immediately after publication, focusing on areas known to require improvement. For Edition 2, the findings of the TRANSFEU project will be considered, as well as the major technical comments that could not be taken into account during the compilation of Edition 1.

On publication of EN 45545-2 Edition 1, there will be a three-year period of coexistence with the currently accepted national standards. The aim must be that, by the time this period ends, edition 2 of EN 45545-2 will be published.

During the period of co-existence, the fire safety plan for each train build will specify the fire standard that materials must be tested against, with the whole train built against the same standard. In some countries with well-established fire testing requirements for rolling stock, it is likely that testing will be required in accordance with existing national test methods during this period (for example, BS 6853 for the UK).

When EN 45545-2 Edition 2 is published, uptake should be almost immediate because this will be mandated by European law.

Exova Warringtonfire was a partner in the FIRESTARR project, a significant project in the early development of EN 45545-2, and is currently a partner in the TRASFEU research project – a major investigation of the proposed future toxicity test method and classification criteria. The company can perform all testing in accordance with the 45545 series, with very short lead times because we have invested significant funds in equipment such as a new, purpose-designed FTIR for the toxicity test and a new seat vandalisation/seat fire test apparatus. In addition we have taken part in the Certifer round robin exercise in order to check the accuracy and precision of our test results, providing clients with additional confidence in the results.

Manufacturers are likely to require testing against current national standards alongside the European standard for several years – probably until 2016 – with the standard selected detailed in the project specification. Even after three years, testing requirements will very much depend on the particular stage of individual projects. It should also be kept in mind that some variation between CEN TS 45545-2, EN 45545-2 Edition 1, and Edition 2 are to be expected. The significance of the variations will hinge largely on the individual product in question.

Regarding significant compliance problems, EN 45545-2 should not pose substantial issues for most manufacturers currently conforming to BS 6853 (assuming, of course, there are no major revisions, such as toxicity test changes, to the new standard before it undergoes the formal voting procedure).

In relation to economic improvements, interoperability will deliver significant economies of scale as a result of the anticipated reduction in the number of tests that need to be performed. In addition, the new system is expected to produce increased selling opportunities, in large part due to the broader, pan-European market available to manu- -facturers of tested products and materials.

Beth Dean is a fire scientist at Exova Warringtonfire

For further information, go to www.warringtonfire.net