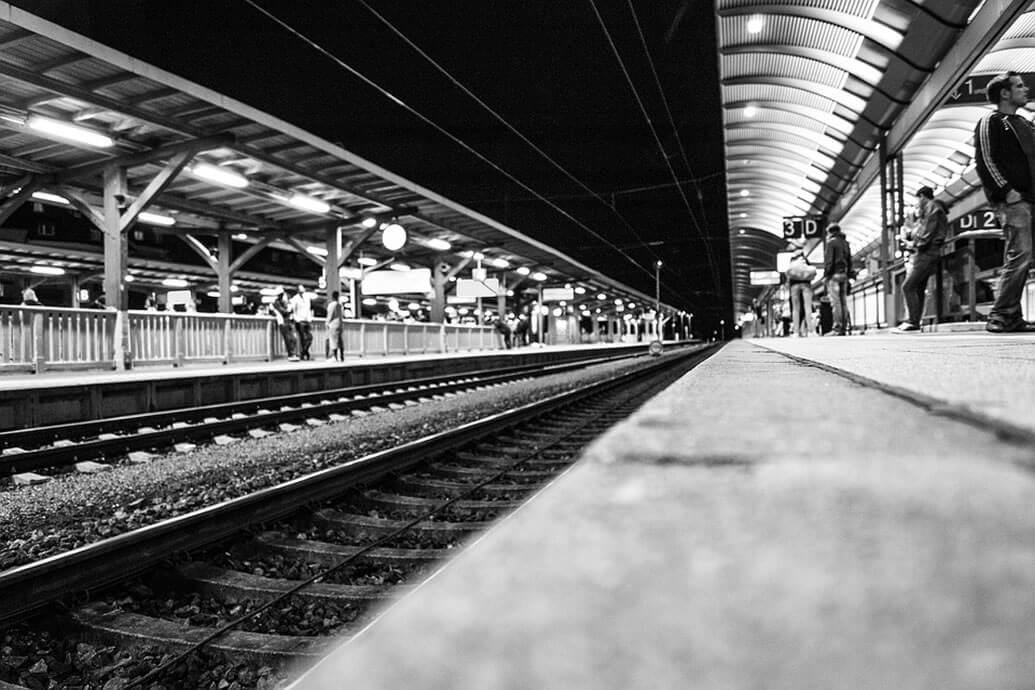 Central train stations are critically important strategic transportation hubs. In the future – particularly in light of on-going urbanisation, the emergence of megacities and the need for mobility – their importance will continue to grow.

In recent years there has also been a strong trend towards a more universal use of railway stations, with many now accommodating not only train platforms and waiting areas, but also retail outlets, hotels, offices and other service providers.

With the increasing usage, size and complexity of railway stations, comes the need to guarantee the safety and security of passengers, staff and goods. While the need for airport safety is widely discussed in the public arena, railway station ­security remains largely an “internal” issue, although the requirements are very similar. In all cases, a comprehensive security and safety system that incorporates fire alarms, public address and evacuation systems, as well as intrusion detection, access control and video surveillance is needed.

Operators of large railway stations are faced with a wide variety of challenges. Large crowds of ­continuously moving people, unchecked luggage, high noise levels and expansive indoor and outdoor space make conditions particularly testing. Only state-of-the art technology can meet the challenge of securing railway stations. When selecting a system, quality, reliability and inter­operability are the key considerations. Total ­solution providers help to create easy-to-operate solutions that are highly interconnected and meet these complex challenges. And, since no two train stations are the same, the system must be capable of being tailored to meet the specific needs of each location.

The Need for Comprehensive Systems

To enable efficient and reliable control of all ­systems, they need to be integrated into a single security system with central operations and ­management. This can be achieved using a ­comprehensive building management system. Centralised systems of this kind can also be used to monitor other technical systems such as con­veyors, heating, ventilation and air-conditioning.

The Risk of Fire

It is never possible to rule out the risk of fire. High fire loads like cabling networks and onsite technical equipment, as well as the inattentiveness of passengers or staff pose a constant risk of fire. Fortunately, most fires can be dealt with swiftly, without causing ­serious damage or need for evacuation, provided they are detected early enough.

This requires all parts of the building to be covered by high-quality fire detectors. These devices need to be powerful and intelligent enough to cope with the special challenges, such as high ­ceilings and expansive open areas that railway ­stations present. Furthermore, the system needs to be capable of localising in-coming alarms – the more accurately the better. In a large train station hall, the information that a smouldering fire has been detected somewhere in the building is not particularly useful to firefighters. Modern alarm panels with intelligent bus systems are a reliable way of identifying and localising individual alarms. To achieve this, optical, thermal and chemical ­sensors, with varying levels of sensitivity are used in different areas of the building.

In railway stations, there are usually different areas with individual requirements for the fire alarm system. Here, modular and networkable systems offer the ideal solution. They not only facilitate the deployment of individually configured and scalable fire panels to different sections of the station, but also enable networking between multiple panels spread across the building. This allows the networked panels to be operated and managed as a single integrated system. They can also be used as part of an overall system that encompasses access control, intrusion detection and video surveillance.

Detecting every potential threat in a busy rail ­station would prove an impossible task for security personnel, without the latest surveillance technology. At railway stations, large indoor and outdoor areas with varying patterns of traffic must be secured. Dedi­cated cameras at specific points such as automated ticket machines and turn styles are also needed.

To negate the possibility of human error, the ­latest Intelligent Video Analysis (IVA) technology should be used; unlike human, it never lacks ­concentration or misses an event. IVA can be used to automatically detect suspicious behaviour or identify abandoned luggage and bags, and a ­useful forensic search feature allows for the rapid retrieval of video sequences. A video management system enables the complete management of all individual video surveillance components.

A railway station is an extremely diverse environment. They are open to the public at all hours of the day and night and are passed through by tens or hundreds of thousands of people every day. This makes effective and reliable access control a top priority.

The system used needs to enable the operator to know, at any given time, who has entered or attempted to enter a restricted area like luggage stores, ­ticket offices or maintenance rooms. To prevent the misuse of access cards, it is best to use biometric recognition systems. Closely linked to the access control ­system is a modern intrusion ­system that will keep unwanted guests out of control ­centres, retail shops and other restricted zones. Modular intrusion alarm systems have a flexible system architecture that can be adapted to fit all possible layouts.

In Case of Emergency

Planning and preparation for the worst-case ­scenario is key. In the event that a railway station needs to be evacuated, huge numbers of people must find their way out of the building quickly and safely. Voice alarm systems will play a critical role in evacuation procedures, for example, by guiding people to the nearest exit or instructing them to take their baggage in event of a bomb threat, but leave their belongings in the event of fire. During normal operations the public address system can provide passengers with information, such as the announcement of train departures and arrivals.

From a technical perspective, an effective PA system is one of the most difficult areas to get right, because the system needs to be adjusted to fit each individual premises and acoustic con­ditions. Announcements and warnings must be easily understandable despite high noise levels. The ideal system for this type of application delivers maximum reliability and speech intelligibility for large scale applications and automatically adjusts announcement volume to match the ambient noise level.

Studies state that by 2030, 60 percent of the world’s population will live in urban environments. Train stations, subways and other public transport networks will play a critical role in keeping urban dwellers on the move, hence the need for com­prehensive safety and security systems. The ­technology needs to be flexible, functional, easy to operate and capable of dealing with very different environments. When planning such a system ­experienced experts and a complete solution provider are needed. In the end, the system will need to fit together like a train fits onto its tracks. Only with well-planned and structured security and safety measures can railway stations cope with their increasing future importance.

Sao Paulo is a city known not only for its colourful carnivals, but also for its major traffic problems, urban pollution and crime. Sao Paulo’s subway system, consisting of five ­different lines and 55 stations, plays a central role in the city’s public transport network. It represents an affordable, reliable and clean way to transport around three million passengers every day. However, the subway and its stations were also known for being very unsafe. Its operator, Metro SP, was looking for a sophisticated electronic monitoring ­solution that included digital video recording technology.

For further information, go to www.boschsecurity.com