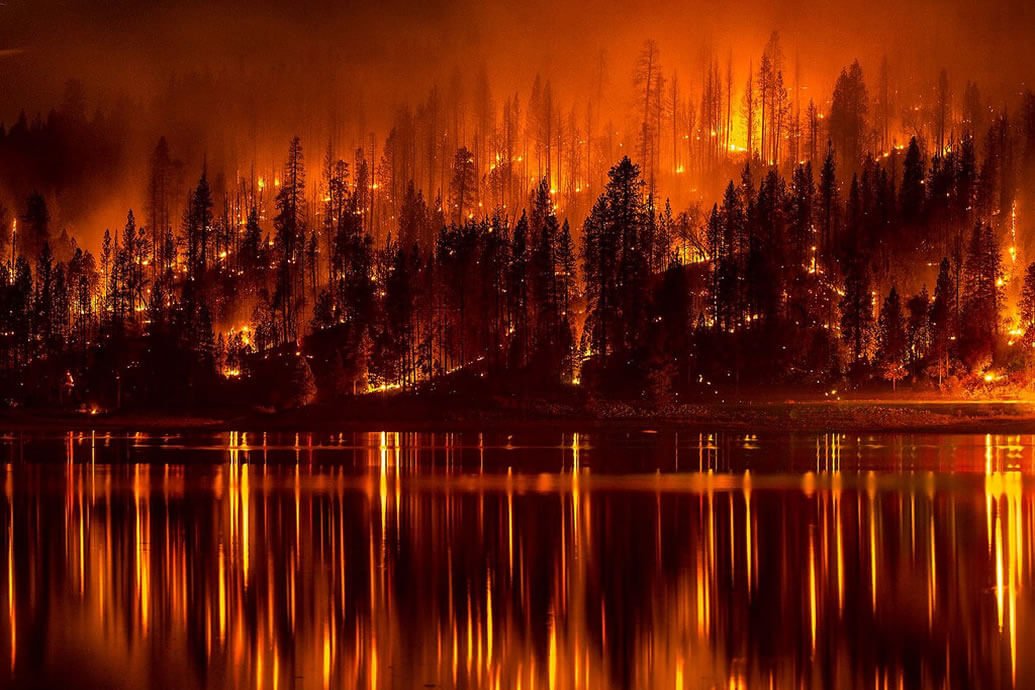 Wildfire threats are common in  a wooded area or dry vegetation landscape when weather conditions, seasonal variations, shape of the land and human factors come together to create serious risk. Disaster strikes when these fires reach inhabited areas and one of the worst events in recent years was the 2009 Victoria, Australia wildfire tragedy that claimed a great many lives. However, new detection and prevention measures, including actions to save as many people as possible, have been developed in particularly affected regions of Australia. Other countries at risk of wildfires have their own plans but they too can learn valuable lessons from Australia. Here, Fire Safety Search shares a collection of expert journal articles that research into the Australian wildfire threat and propose solutions to mitigate the hazards.

This study examined decisions made by householders under wildfire threat. Data were obtained from interviews with survivors of severe wildfires in Victoria (Australia) on 7 February 2009 which killed 172 civilians and destroyed more than 2000 homes. Prior to this, Australian fire agency community wildfire safety policy was that residents should: ‘Prepare, stay and defend or leave early’. Most of the 223 interviewees who stayed and defended did so because this was their wildfire safety plan, and they believed that they would be successful despite the predicted extreme fire danger weather. In 79% of cases, defence was successful; for the remaining 21% the house was destroyed and several lives were imperilled. Of the 216 who left for a safer location only 39% said that this was their wildfire safety plan; for most, the action of leaving was triggered by realisation of the imminent threat posed by the fire; 36% self-evacuated under hazardous conditions. The findings suggest that community wildfire safety programs should emphasize: (a) the risks associated with staying to defend a property; and (b) how householders should prepare in order to leave safely if a fire threatens. Click here to read the full article.

Rapid detection of wildfire outbreaks is a critical component of fire management because suppression activities are most effective when fires are small. One method of fire detection and location is computer analysis of images from sensors mounted on towers. In this paper we report on a trial of two image-based detection systems under operational conditions in forests and pasture in south-eastern Australia. The systems were deployed for 3 months in autumn, 2010, during which time a total of 12 experimental fires, 31 planned fires lit by public land management agencies, approximately 250 planned fires lit by private individuals, and 1 unplanned fire were recorded. Both image-based systems were able to detect and locate fires. They performed well for larger planned fires but poorly for small fires (View the MathML source area) at moderate distances (10–20 km). System performance was compared to a human observer for a subset of fires. For these fires the human observer had a higher detection rate and shorter reporting time than the image-based systems. All methods of detection had a similar level of error for locating fires in the landscape once they had been detected. Operator skill was an important factor in the performance of all systems. Image-based fire detection could be a useful complement to other detection methods already in use in Australia. Click here to read the full article.

The objective of this paper was to evaluate the potential for fully physical fire models to simulate the interactions between two converging fire fronts (a head fire and a back fire), in conditions similar to those encountered during suppression fire operations. The simulations were carried out using two fully physical models: FIRESTAR, in two dimensions, and Wildland Fire Dynamics Simulator, in three dimensions. Each modelling approach numerically solves a set of balance equations (mass, momentum, energy, etc.) governing the behaviour of the coupled system formed by the vegetation and the surrounding atmosphere. Two fuel profiles were tested: homogeneous grassland similar to landscapes in Australia and a shrubland representative of Mediterranean landscape (garrigue). Results from the two-dimensional and three-dimensional simulations were used to investigate how the two fire fronts interact together and mutually modify, or not, their own behaviour before merging. The results of these simulations showed that the merging of two fire fronts can result in a quick increase in fire-line intensity or in flame height. We concluded that physics-based simulations do reproduce reasonable and expected head- and back-fire interactions, but more work is needed to further understand the accuracy of such predictions. Click here to read the full article.