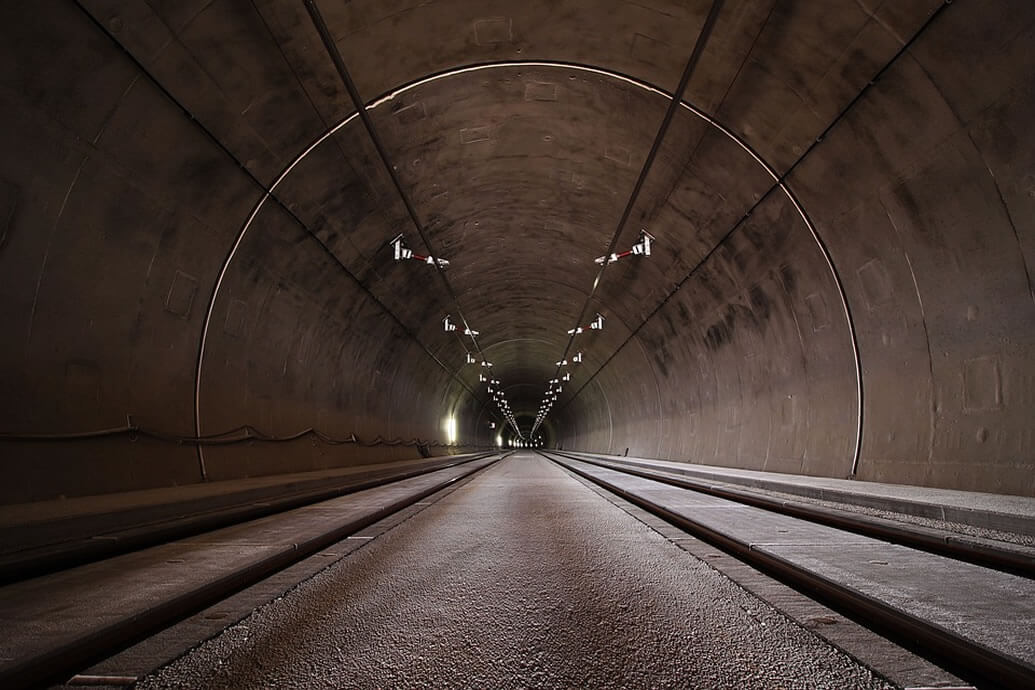 Tests have been carried out at full scale for a new fixed fire-fighting system in a popular road tunnel in Norway. On behalf of the Swedish Transport Administration, SP Fire Research have performed a number of six tests in which the system has been stress tested under numerous fire conditions. The tests were so spectacular that both the Discovery Channel and Norwegian TV2 filmed them.

The objective of the tests, which were carried out in the Runehamar tunnel in Åndalsnes in Norway, was to measure the maximum acceptable time delay from the start of the fire until the fixed fire-fighting system must be activated in order to control a fire in a postulated goods vehicle trailer. On detection of a fire by fire monitoring cameras or the fire detection system, a 50 m long section of the fixed fire-fighting system in the area of the fire is activated, discharging water at a rate of 10 mm/min. The system consists of a single pipe along the centre of the tunnel ceiling, to which two spray nozzles are connected with a T-pipe downwards every five metres, each nozzle discharging 375 l/min of water horizontally in the sideway direction towards the tunnel walls. The result is that the entire tunnel cross section is filled with large water droplets, preventing the fire from continuing to grow. Each nozzle discharges as much water as a fire-fighter with an ordinary hose. The unique feature of the system is its simplicity, together with the fact that large water droplets are sprayed sideways, thus filling the entire tunnel cross section. Capital and maintenance costs have been calculated as approximately half those of a traditional system.

The tunnel in which the system was tested is an abandoned road tunnel which is no longer used. The Norwegian Road Administration has therefore used the tunnel for test purposes. The average size of the tunnel is 9 m wide and 6 m high, i.e. somewhat smaller than the Stockholm bypass tunnels in which the fixed fire-fighting system is to be installed. Its length is about 1650 m, and various carefully selected lengths have been protected by application of sprayed concrete in order to withstand fires. SP’s tests were performed about 600 m from one end of the tunnel.  Ventilation in the tunnel is controlled by fans, capable of maintaining an air velocity of 3 m/s in the postulated vehicle’s direction of travel, i.e. the same air velocity as that for which the Stockholm tunnels are designed.

The fire source consisted of wooden pallets, representing the load on a goods vehicle, and delivering a heat release rate of 80 MW. The load was protected by steel sheets in front and behind, as well as over the top of the pallets. This arrangement makes it difficult for the water to penetrate directly down onto the pallets, thus making it more difficult for the system to fight the fire. The pallets were ignited, and temperatures, air and water flows, pressures etc. were recorded. The actual heat release rate was calculated from measured data of oxygen content and air flow further away from the fire.

In order to simulate a real situation as closely as possible, it was assumed that a certain gas temperature against the roof of the tunnel represented detection of the fire. Having been detected, a few minutes were added in order to locate the fire and manually start the fixed fire-fighting system. This length of time was the main variable parameter for the tests.

The detection temperature was set at 141 °C. The time from detection until activation was set initially at two minutes, with this time being increased for successive tests until the system was no longer capable of keeping the fire under control.

In addition to these tests, two further tests were carried out in which the physical arrangements and conditions were changed. One test involved a tarpaulin along each side of the trailer fire source in order to represent a covered load. In the other test, the steel plate in front of the load was removed so that the wind could help the fire to spread forward into the pallets. In both these tests, the fire was allowed to grow until the gas temperature below the tunnel roof reached 141 °C, followed by a further four minutes for ‘manual work’ before the water flow was started.

As the test series was carried out primarily in order to stress-test the fixed fire-fighting system under extreme conditions, the order of the tests was changed from that originally planned as the system performed better than expected. Table 1 shows the sequence of tests as performed.

Even if activation should be delayed, the system has sufficient marginal capacity to fight major fires. It prevents further spread of a fire, and reduces the gas temperature in the tunnel; factors of considerable importance for design safety and for those escaping from a fire. This is also relevant in connection with the design of the fan system for the Stockholm Bypass project. It has been possible to reduce the design fire rating of 100 MW that was originally assumed, to 50 MW in combination with this fixed fire-fighting system, giving substantial savings in the capital costs of the ventilation system. A ventilation system capable of handling the smoke and heat from 100 MW requires considerably more drive power than one rated for 50 MW. The tests have shown that, if the system is activated too late, there is a significant increase in the quantities of toxic substances and smoke: this can be prevented by activating the system at an early stage.

In the tests with the fixed firefighting system activated, a heat release rate higher than 40 MW was never observed. The Swedish Transport Administration wanted a system capable of controlling fires and keeping the heat release below 50 MW. Gas temperatures below the tunnel roof never exceeded 400 – 800 °C after activation. Each of the tests controlled the fire during the period immediately after activation, and then continued until the fire was effectively extinguished.

To investigate the risk of further spread of the fire, a pile of pallets was positioned 5 m downstream of the end of the fire load. This pile was not ignited in any of the cases in which the fire-fighting system was activated, showing that vehicles in the vicinity of the burning object are effectively cooled by the water spray.

The heat release rate from the ‘almost free burning’ test was measured as approximately 80 MW, with a gas temperature in excess of 1300 °C.  This particular test provides a good indication of the potential fire that the system is capable of handling.