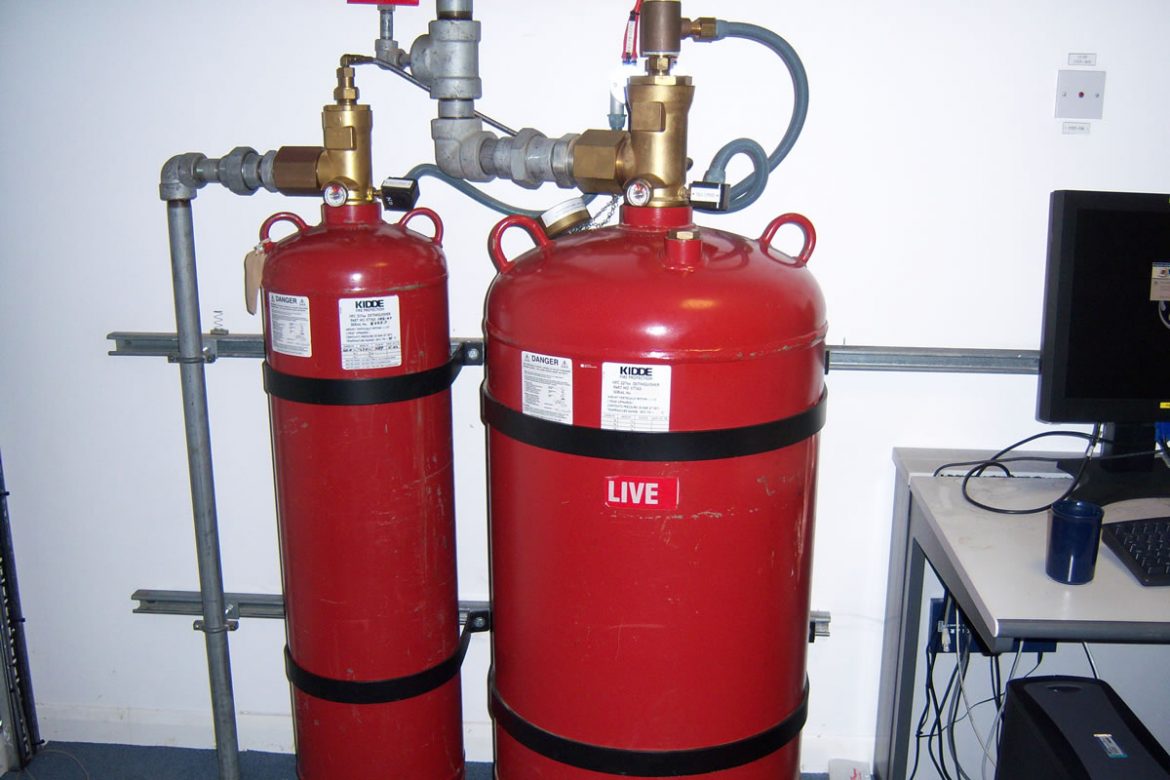 In this article the Chairman of a a high-exporting UK manufacturer in the Fire Sector asks why people and property remain at risk because they do not monitor the gaseous fire extinguishing systems that protect them.

In July 2020, at the height of COVID19 in the USA, the USS Richard Bonhomme, an amphibious aircraft carrier, developed a 5-day fire during a maintenance interval. It injured 68 military and civil personnel. It also made “out of service” a core strategic amphibious asset of the US Navy. It was one of only four ships in the US Pacific Fleet able to handle the F-35B 5th generation aircraft. “As tensions mount with China in the South China Sea, as well as with North Korea, the loss of this ship and her capabilities will make it more difficult for the Navy to meet all its war-fighting requirements,” said John Kirby, a CNN military analyst and former US Navy Admiral.

The top US Navy acquisitions official said, “Anyone who steps aboard our ships must be ever vigilant about ensuring fire safety. I urge you to use the recent fire to ensure that our work spaces are clean, that unnecessary clutter is removed, that all fire safety measures are being followed and that there is unrestricted access to firefighting and damage control equipment.” Excellent, you may think. Regardless of the reason for the fire itself, a reason that the fire became uncontrolled … was because its fire suppression system had been shutdown and its compartment doors left open. For maintenance.

For a gaseous extinguishing system to function, whether liquefied, such as CO2, NOVEC™ 1230 or FM-200™ or non-liquefied, such as Nitrogen or Inergen, one needs two things: Firstly, sufficient contents to generate the design concentration required to extinguish the fire event, and secondly, compartmentation integrity, so that the extinguishing gas is contained within the space on actuation. Without either, the fire event risks escalation.

So how can one test that either exists ? To cater for the contents, one can shut the system down, dismantle it, and weigh each cylinder of extinguishing gas. Then re-instal each of them. There can 600 45KG cylinders on a commercial ship, 100 on an offshore platform. Hundreds in a Data Centre. It takes 2 licensed fire technicians people 15 minutes to do this, per cylinder. On a good day. For the compartmentation integrity, one can pressurise the compartment space, either by air or water, and see where it leaks out. Neither works when the fire technicians are away from the asset for the other 364 days per annum.

This is how our industry has worked since gaseous systems were first developed. In 1924 the Walter Kidde Company developed the first CO2 extinguisher and in the 1960’s DuPont developed the first Halon system. In the 1990’s DuPont developed FM-200™ and 3M™ NOVEC™1230 as “clean agents” to replace Halon, banned under the Montrael Protocol. After that came the use of natural un-liquefied gases. We know them today as Inergen™. What unites all of them is that they are highly pressurised. Some of them up to 300 Bar, or over 4,350 PSI. And anything that is pressurised can leak. Hence the reason why BS EN ISO 14520 was developed – to check that their contents had to be checked, and checked for content loss. If they lost more than 5% the cylinder had to be re-filled.

So our industry sensibly knows that anything that is pressurised can leak. That is science. Perfect physical principles. The mathematics are clear. Do you know a mathemetician or a physicist in our industry ?

The same with compartmentation. Like any ship the USS Richard Bonhomme is constructed to withstand damage. Since the principal reasons for ships loss at sea remains sinking and fire, all ships, offshore oil & gas platforms, even offshore wind turbines, understand the need for “compartmentation”. Below the waterline they are known as watertight compartment doors, and the areas between the watertight bulkheads, containing the electrical cabling that pass through every marine structure at sea, are called Cable Transit Areas, and they are designed to maintain compartmentation integrity. Not just to prevent water ingress and sinking, but to stop fire passing between the compartments too.

One way to test them is to fill them with water and to learn at what “head of water” the bulkhead collapses, or the watertight compartment door, bursts. But it is not very practical. Another is to pressurise the compartment by positive pressure and see where it leaks. All grand … on a cool calm day when no-one is inside the ship. Even better in a lab.

But here we are in our industry using gases for fire systems that are nearly 100, 60 and 30 years old, and we still test them inadequately. It is as if there has been no technological advance in any field other than our own. And the accidents keep coming. The fires keep hurting and destroying and our regulations gently modify themselves, all at a time of some of the highest-paced technological change the world has ever seen.

A dairy farmer does not check a pregnant herd by weighing them. A bat does not fly through a forest at night by sight. A whale does not communicate hundreds of miles by using morse code. Submarines rarely see their adversaries or even the sea that they glide through. The blind “see” by hearing sound and in 4 of the above examples, it is the use of sound beyond our audible range that enables them to “hear the [ultrasonic] sounds that others cannot hear”.

A cylinder containing a Clean Agent is in itself acoustic. Like a bell. A compartment is a room. Unless it is an anechoic chamber designed to completely absorb reflections of either sound or electromagnetic waves, it reflects them. And its leak sites let them pass through.

So just as a vet, a bat, a whale or a submarine sonar, uses ultrasound to “see the sounds that others cannot hear”, so can our fire industry use ultrasound to test both the contents of its gaseous extinguishing systems and the compartmentation integrity of the spaces that they are meant to be “held” in.

All we need are the mathematics. Mathematics is the language of the universe. It expresses the physical principles that enable it. And it can be at the heart of our industry too. It already is by some of you reading this article.

At Coltraco Ultrasonics we share a British legacy in ultrasound that began in 1916 when the Admiralty used it to hunt enemy submarines. It is 104 years since we have had it. It has taken over 80 years for the fire industry to use it in the portable and constant monitoring of gaseous extinguishing systems, and the compartment spaces into which they actuate and protect.

To those of you who use it, I salute you.

Carl Stephen Patrick Hunter OBE is Chairman of Coltraco Ultrasonics, the world’s leading manufacturer of ultrasonic monitoring equipment for the fire, naval, marine, offshore, wind, telecommunications and wind energy sectors. His company exports 89% of its output to 120 countries and holds the Queen’s Award for Enterprise in International Trade. www.coltraco.com