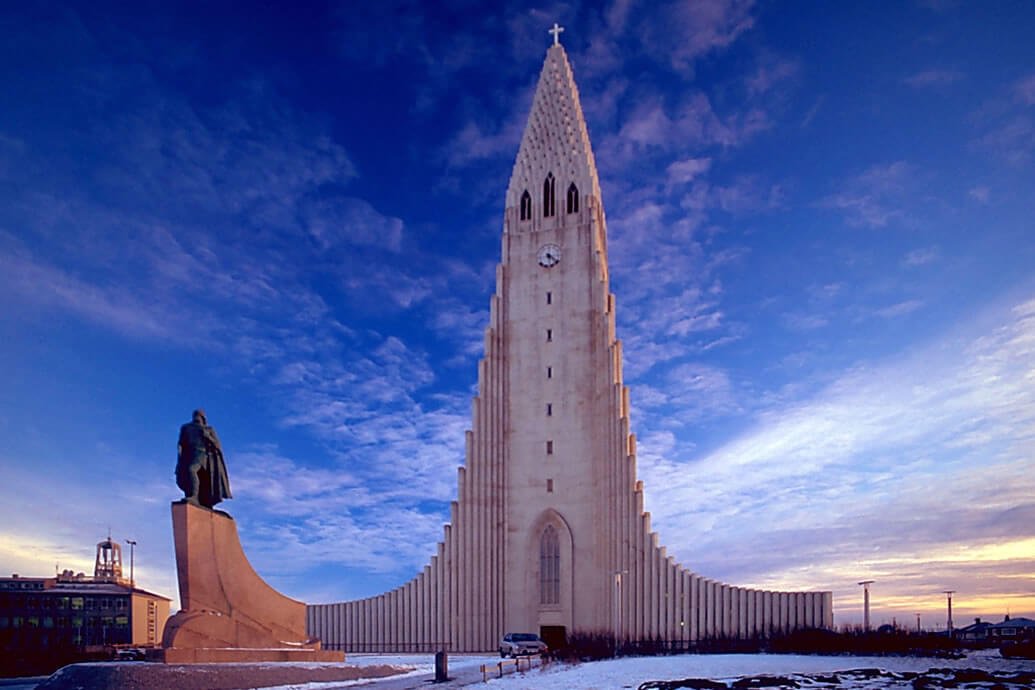 Hallgrimskirkja Church Protected by Securiton: Hallgrimskirkja church is Reykjavik’s main Iandmark and its tower can be seen from almost everywhere in the city. The church was designed by the late Guojón Samúelsson in 1937, who was often inspired in his endeavours by the fascinating shapes and forms created when lava cools into basalt rock. Construction of the church began in 1945 and ended in 1986, with the tower completed long before the rest of the building. The crypt beneath the choir was consecrated in 1948, the steeple and wings completed in 1974 and the nave consecrated in 1986.

The church features a gargantuan pipe organ designed and constructed by the German organ builder Johannes Klais of Bonn. Standing tall at an impressive 15m and weighing a remarkable 25 tons, this mechanical action organ is driven by four manuals and a pedal, 102 ranks, 72 stops and 5275 pipes, all designed to reproduce powerful notes capable of filling the huge and holy space with a range of tones. lts construction was completed in December 1992 and has since been utilised in a variety of recordings.

Securiton has protected the site with an early warning system featuring four highly sensitive SecuriRAS ASD 535 aspirating smoke detectors. Some of the sampling points are placed within the void between the tiled roof and the dome and connected to the main tube via thermally isolated capillary tubes.