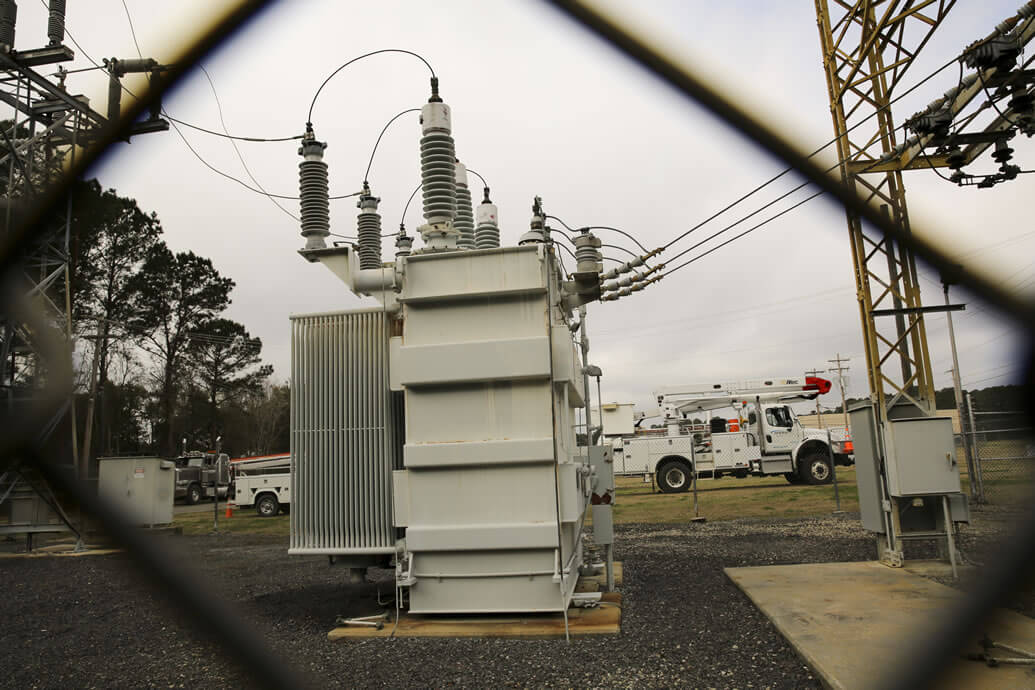 Flame Arresters in Transformer Oil Pits. SINTEF NBL has conducted a test series in cooperation with Statkraft, the leading power company in Norway, to compare different types of flame arresters for oil spill pits below transformer stations. The tests showed that there were large differences between the function of the different solutions.

Electric transformers are normally filled with oil for cooling and electrical insulation between the components. Large transformers may contain several tons of oil. Error in a transformer may lead to short-circuiting, arcing, explosion and fire. Such a fire may be very intense and long lasting because of the large amounts of oil, and because transformers are often not very easily accessible for the fire brigades.

In Norway it is required that all transformers with more than 1000 liters of oil shall have a pit below the transformer where oil spill is collected and where a fire in the transformer oil will be extinguished. The only pre-accepted solution today is to use a 30 cm thick filter of washed river stones through which the oil will run below the transformer. In many transformer installations other solutions with steel grids are used, which are supposed to have the same effect as a stone filter. None of these or any other available solutions have been fire tested in a realistic scale.

In cooperation with Statkraft SINTEF NBL contributed to carrying-out a comparison test-series of a stone filter and two other available concepts. In addition, a test without any flame arrester was performed, where the oil was poured directly into the test container. Each test was performed with approximately 400 liters of mineral oil. The oil was preheated to 150 °C, ignited and then poured into a steel test container where the different flame-arresting concepts were mounted.

The test series showed that the three different concepts tested had both benefits and drawbacks. The fire was extinguished before all the oil was combusted in all tests, except the test without any flame arrester mounted. Times to extinguishment varied highly, between a few seconds to several hours.

Open pit
+ Unquestionably the best oil flow capacity.
– If the oil is still hot after it reaches the pit an intense fire will occur.

Stone filter
+ Lowest level of heat exposure to the area above the filter.
– The test was too small to heat up the stones to a homogenous temperature.

Steel grating
+ Extinguished 1 of 3 fires very quickly. The 2 remaining fires were controlled, and “arrested” below the grating.
– 2 of 3 tests developed into stable under-ventilated fires below the grating with large amounts of smoke.

Steel flame arrester
+ Showed a consequent behaviour with a gradually decreasing fire in both tests.
– The fires are allowed through the arrester and will lead to more fire around the transformer than the two other solutions.