Fire Tests of Self Compacting Concrete 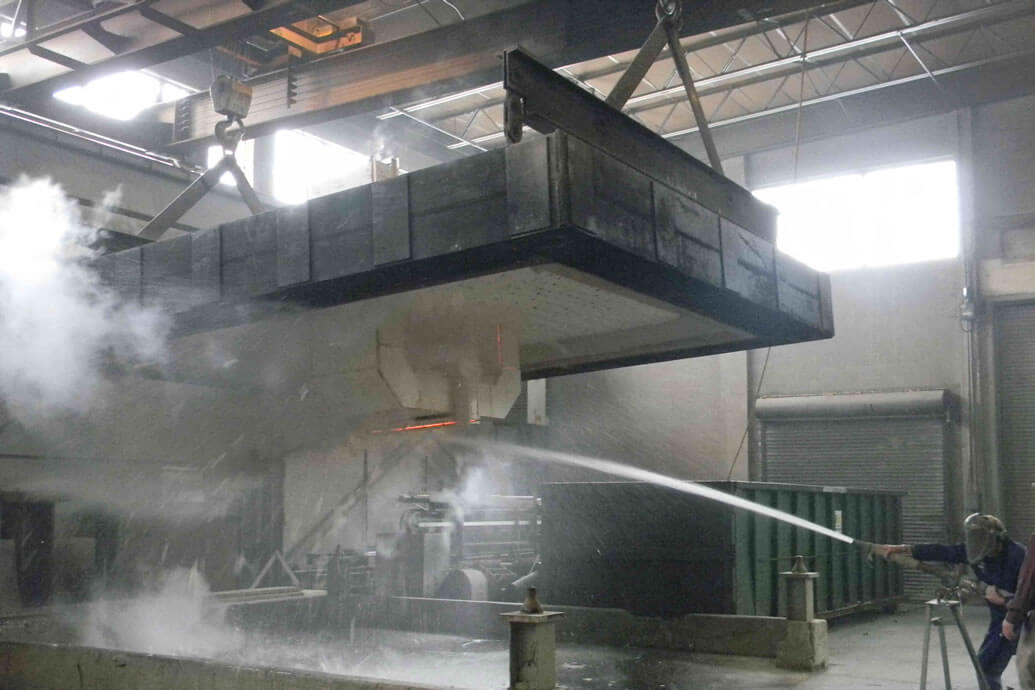 Fire tests of self compacting concrete that had been stored from six months up to five years showed that, for three out of the four mixes, the spalling tendency when exposed to fire reduced with age.  However, the fourth mix, which contained the greatest proportion of limestone filler, exhibited a greater tendency to spall after four years’ storage.

A common way of manufacturing self compacting concrete – concrete that does not need to be vibrated – is to use limestone as a filler in the mix.  This produces a particularly dense concrete, making it more inclined to spall when exposed to fire.  The ‘Self compacting Concrete with Good Fire Spalling Properties’ research project, which was concluded in 2009, performed 178 small and large fire tests on 52 self compacting concrete mixes, with the aim of investigating their spalling tendencies and to investigate how spalling could be prevented.  The results from the project showed that self compacting concrete has a very high spalling tendency, but that a fire resistant self compacting concrete can be produced by adding a small quantity of polypropylene fibres to the mix.  When the work was concluded, those sample pieces that were left over were stored for use in future projects and tests.  In 2010, during SP Fire’s annual Construction Workshop, these sample pieces were used in a public demonstration test, providing a unique opportunity to investigate spalling tendency after several years’ storage.  Theory and experience from ordinary concrete say that the spalling tendency should decline as the concrete dries.  The tests were carried out on compression loaded test pieces of overall size 1.7 x 1.2 x 0.2 m, with eight test pieces arranged in pairs in SP’s horizontal furnace, as shown in

Figure 3 shows the spalling depths of test pieces of various ages.  For the oldest pieces, a relationship can be seen between the spalling tendency and the quantity of limestone filler.  The spalling tendency declines with age for three of the four mixes that were tested, while the mix containing the highest proportion of limestone filler (140 kg/m³) exhibited a greater spalling tendency after about four years’ storage.  At the time of testing, the moisture ratio in this concrete was about 3.5 %, which is somewhat higher than the values that are traditionally regarded as safe.  The fact that the concrete with the highest quantity of filler has a higher spalling tendency as it ages seems to indicate that we have identified a concrete that becomes more dense more rapidly than the moisture dissipates out of it, something of which Harmathy  warned, but which nobody had been able to demonstrate with any experiments.

Presentation of the results from fire testing at different ages.

Not much is known about the behaviour of high strength and self compacting concrete, containing different quantities of densifying additives such as limestone filler and silica fume, after a longer period of storage.  The tests that we have carried out indicate that there may be concrete mixes that do not behave in the same way as normal concrete, i.e. that their risk of fire spalling increases with age.