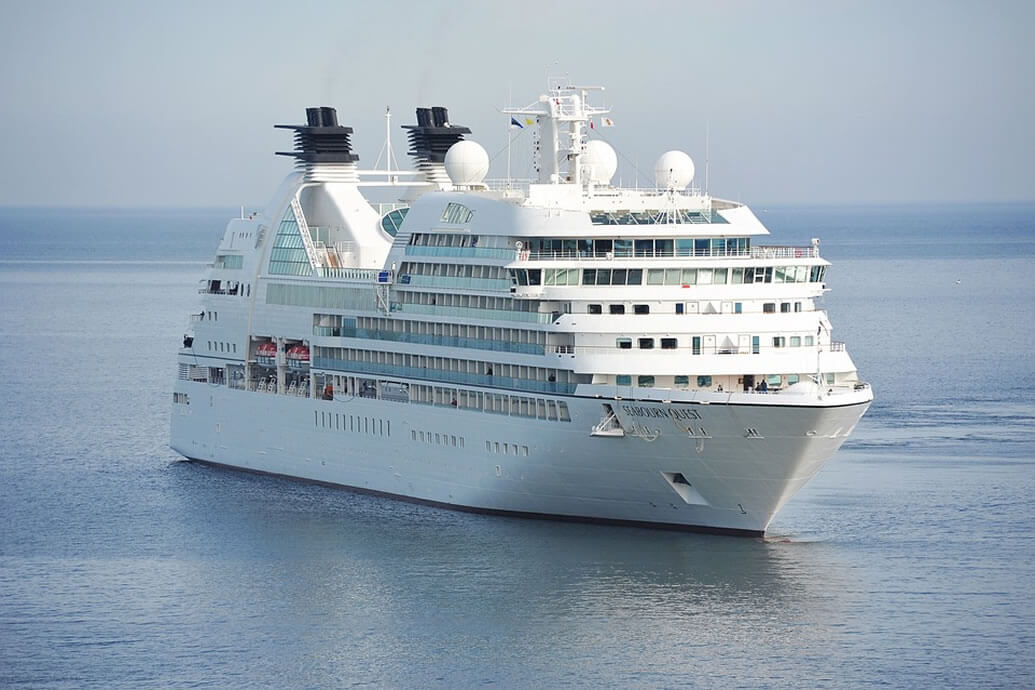 A detailed process to build environmentally friendly and fire safe island ferries in fiber reinforced polymer composite has been developed by SP Fire Technology in a Swedish-Danish consortium.

Authorities, the public and customers are increasingly demanding sustainable designs. Shipping may be the most environmentally friendly means of transportation but the industry still has great potential to reduce its impact. A lightweight ship construction can generate large ecological and economic benefits as the ship weight is strongly associated with the use of fossil fuels. SP Fire Technology has carried out extensive research in the area and has amongst many other results showed that use of fiber reinforced polymer (FRP) composite in merchant ships can give a reduced structural weight of up to 60%, which gives about the same reduction in fuel consumption.

A problem when it comes to use of FRP composite in ships is that combustible materials in the construction are normally not allowed by fire safety regulations. Many regulations although provide an opening for alternative fire safety design and require to comply with the regulation for alternative design and arrangements for fire safety in the code for merchant ships on international voyages, Regulation 17 in SOLAS. It gives an equivalence principle which expresses that alternative design solutions are accepted if they provide a degree of safety not less than that achieved by using the prescriptive requirements. The methodology has been successfully demonstrated in the project “Eco-Island Ferry” on an island trafficking passenger ferry where FRP composite has been used in the design of the whole ship structure.

It was after a kick off meeting with the title “Light Weight Marine structures” in the EU project MARKIS in 2010 that an industrial group in North Jutland, Denmark and SP Technical Research Institute of Sweden started to discuss displacement (i.e. not high-speed) ferries with reduced environmental footprint. This led to a Swedish-Danish consortium with the objective to open up for the construction of this type of ferry in the Swedish and Danish region.

The project was given the name “Øko-Ø-færge” (Eco-Island ferry) and a project group was formed consisting of representatives from Swedish and Danish universities, shipyards, research institutes and consultant agencies in naval architecture and life cycle assessment. A project plan was drawn up for the project and an application case was designed with the same capacity as a representative island ferry selected in the Danish archipelago (10 knots, 200 passengers and 6 cars). For the designed Eco-Island ferry the total weight could be reduced to a third thanks to use of FRP composite and the consequent effects a reduced structural weight has on other parts of the ship, e.g. the engine. Life cycle assessments showed a similar reduction in environmental impact and a payback time of 5 years at 8 hours of operation per day. An essential part of the project was to also perform a complete assessment of the fire safety on the Eco-Island ferry according to Regulation 17 in SOLAS, which was carried out by SP Fire Technology. The aim was to bring the Eco-Island ferry, built in FRP composite materials, through all regulations and over potential barriers to acquire an acceptance in principle from authorities.

The procedure of a Regulation 17 assessment can be described as a deterministic risk assessment consisting of two parts, a qualitative preliminary analysis and a quantitative analysis. In the first part the scope of the alternative design is defined as well as the deviations to prescriptive requirements. Fire hazards are identified and based on these it is possible to develop representative fire scenarios and suitable trial alternative designs. This was documented for the Eco-Island ferry in a preliminary analysis report which indicated that the key areas to address with regards to the use of FRP composite are fire growth, generation of toxic smoke, added fire load as well as loss of structural integrity. This particularly applies to exterior surfaces, which are not managed in the current regulations since they are assumed non-combustible. The preliminary analysis report was submitted to the Swedish and the Danish Administrations for principal approval in the fall of 2012.

With approval from Denmark (and a pending positive response from Sweden) the quantitative analysis was initiated. According to a prescribed guideline, calculations of risk based on a few conservative fire scenarios should show whether the alternative fire safety design is better than a prescriptive design. However, effects on many aspects of the fire protection in combination with the current limited field history were assessed to require a more sophisticated analysis, a so called probabilistic risk analysis, where the whole distribution of the fire scenarios is included. The fire risk could be quantified thanks to great experience at SP Fire Technology from previous research and fire tests with composites and various safeguards. This was combined with for example fire and evacuation simulations. Some 20 trial alternative designs of the fire safety were quantified and presented in so-called F-N diagrams. After conducting Monte Carlo simulations other analyses of uncertainties and sensitive parameters a number of sufficiently safe designs were identified.

The fire risk assessment shows both the possibilities to attain approval of a ferry made in FRP composite and examples of how this could be achieved by different designs of the fire safety. In Denmark this has led to new and far more environmentally friendly ferries in FRP composite materials now being projected in the municipalities of Thy and Morsø. So that the future ferries are here might not be exactly true. But they will soon exist in Denmark and hopefully we will soon see similar results of the research project also in Sweden and the rest of the world!