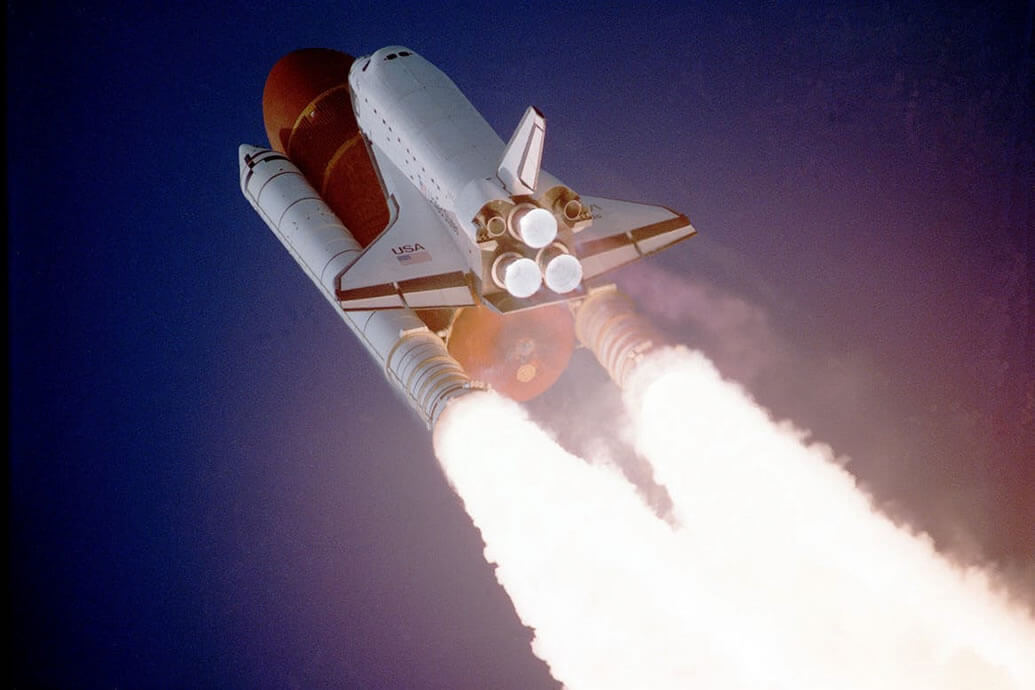 A space payload designed and tested with the help of Colorado School of Mines faculty and students will be launched to the International Space Station on Dec. 3 on the Orbital ATK OA-4 mission aboard a United Launch Alliance (ULA) Atlas V rocket. Once at the ISS, these water-mist portable fire extinguishers will protect the equipment and lives of astronauts in case of any fire event for years to come.

The payload consists of the first two (out of a total of nine) water-mist portable fire extinguishers (PFEs), which will replace carbon-dioxide extinguishers currently on the International Space Station. Three additional missions in the spring will launch the remaining PFEs, including two missions with SpaceX and one more with Orbital ATK.

After several years of research, testing, and conducting experiments on a variety of NASA flight facilities (including drop towers, low-gravity aircraft, and a Space Shuttle experiment in 2003), the Mines researchers and their students found water-mist fire suppression technology to be more efficient and suitable for putting out spacecraft fires than any other suppression agent.

“Water mist systems create a fog of micron-size droplets that quickly remove heat and replace oxygen as the water evaporates, suppressing the fire and preventing it from spreading to other surfaces,” said Director of the Center for Space Resources Angel Abbud-Madrid.  “From the Space Shuttle experiments, we also learned that water mists take about one-tenth the water of traditional sprinklers to extinguish a flame.”

Chemical and Biological Engineering Emeritus Professor Thomas McKinnon and former Assistant Research Professor Edward Riedel, along with Abbud-Madrid started working on this project in 1997 in an effort to find an environmentally friendly replacement of harmful chemical fire-suppression agents for terrestrial and space applications. Mechanical Engineering Professor Robert Kee later helped with the development of a numerical model to predict the optimum droplet size and water concentration to effectively suppress fires.

By 2011, following concerns on the compatibility of carbon dioxide extinguishers with the emergency breathing equipment on the ISS, NASA recommended the use of non-toxic water-mist fire extinguishers to mitigate this operational risk. Mines and ADA collaborated with three NASA centers (Johnson, Glenn, and White Sands) to design and test the spaceflight units. Wyle Engineering and Flexial Corp then took care of fabricating and certifying all portable fire extinguishers for flight. As it becomes the preferred fire suppression agent for the ISS, water-mist PFEs will most probably become the technology of choice for other human-rated spacecraft.

“It has been quite a ride throughout all these 18 years to come to this point,” said Abbud-Madrid. “Let’s now hope that the final ride for these PFEs to the space station is a smooth and successful one.”

ULA will provide updates on the launch on their website, through the launch hotline at 1-877-852-4321