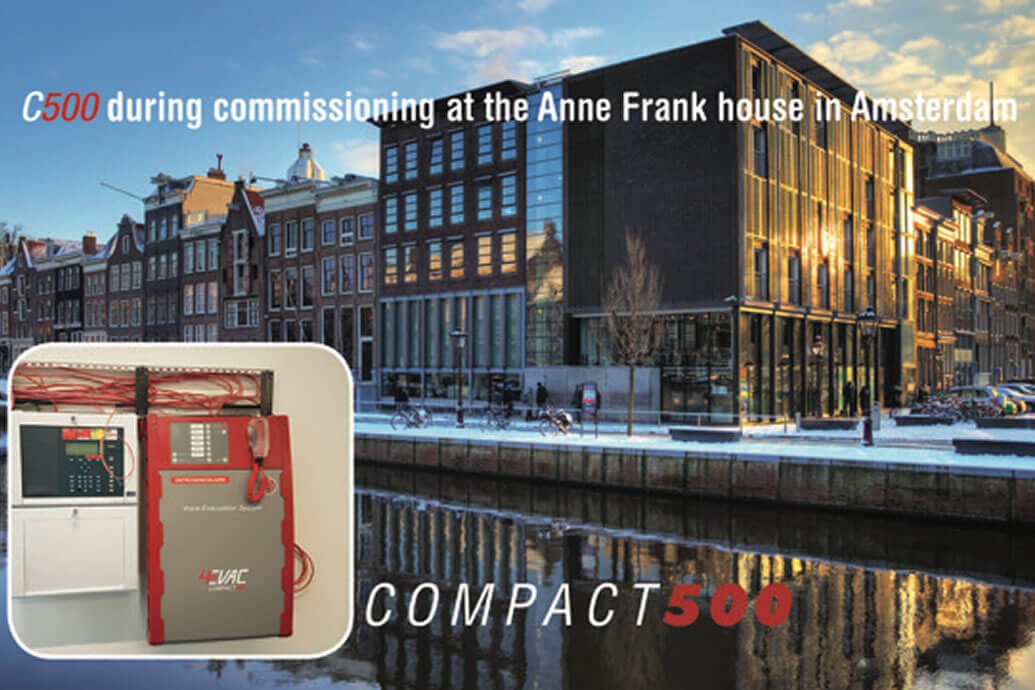 Voice Evacuation Alarms & Voice Alarms (VE/VA) have become well established over the last 25 years. Old fashioned and frankly outmoded fire alarm systems based on bells have not been fully replaced but the concept of voice commands to instruct and direct people on how to leave a building or other area during an emergency is recognised as the most efficient and sensible way to do a critical, important job.

The technology behind these installations has developed and evolved over the years, taking advantage of advances in digital research to produce ever more sophisticated products. From what would now be regarded as relatively simple message storage and playout systems, Voice Alarm & Voice Evacuation Alarms (VA/VE) equipment has been expanded to include features for selecting and monitoring where announcements are made and the operation/performance of the system itself.

These increased and improved capabilities to monitor and manage sound-based evacuation systems have produced a new term in the installation business: VACIE (voice alarm control and indicating equipment). This accurately and succinctly describes what a modern Voice Alarm & Voice Evacuation Alarms (VA/VE) system has to deliver for safe and efficient management of an emergency situation. It has to give the operator the ability to select where messages are played by creating individual zones within the building, with clear representation of this in the control centre.

Any building or enclosed area where people work or visit should have some form of alarm and evacuation system. Two major sectors are: offices and business premises, such as factories and industrial estates, where many people work but members of the general public rarely come; and public spaces, including museums, court and local government buildings, shopping centres, theatres, cinemas, sports stadia, airports, railway stations, department stores and hotels. There is also a renewed awareness of the need for similar emergency capability in residential apartment blocks following the tragic fire at Grenfell Tower in London.

Public buildings and areas are obvious places for Voice Alarm & Voice Evacuation Alarms (VA/VE) systems to be installed. But even though the staff in an office block or at a transport depot would have regular fire drills to ensure they know where emergency exits and safe gathering points are, voice- based systems should be the preferred method for evacuation rather than bells. Zoned messages can be used to direct people to the nearest exit and safest place to wait until the incident is over. There is also the consideration that newer personnel will be less familiar with the routines and routes than their colleagues.

While these benefits are widely acknowledged today, there is still the misapprehension that VACIE systems are primarily for large installations. This is partly based on the equally specious believe that the technology is overly sophisticated and expensive for smaller premises, as well as being complicated to install and operate.

The other aim was to demystify the whole subject of voice alarm. The basic concept is very simple – using loudspeakers and pre-recorded or live announcements to tell people how to get to safety – but the predominance of installations based around rack rooms full of amplifiers and processors has clouded the issue. It has been further complicated by the thought that this hardware relies on complex software and operating systems to configure all the different aspects.

To dispel these misconceptions, 4EVAC has developed two main VACIE products based on the principle of ‘plug-and-play’. This brings down installation and operating costs considerably while at the same time still meeting the requirements of both installers and users.

The Compact 500 is a networked VACIE system that runs on a series of distributed amplifiers. It is a classic boxed, wall-mounted unit that can be stand-alone for small applications or part of a wider network with several Compact 500s attached. Each box is able to deliver two ‘live stream’ audio channels plus a serial data channel (conforming to the Electronics Industry Association RS485 standard for data communications) The streams are carried over a redundant Global Network Loop to the various zones created within the installation. The Compact 500 is able to transmit six different audio streams into local zones at the same time. These announcements are sourced from a six- channel message player that produces synchronised audio to the local zones.

The system’s integrated routing capability produces up to six single zones of six times (6x) 100 W RMS (root square mean) output. There is also an additional active back-up amplifier. With a possible total of 255 panels on a Global Network, each feeding six zones, an individual installation has the capacity to drive more than 1500 loudspeaker lines. This creates multiple paging zones operating within a framework of 256 priorities.

Features of the Compact 500 include volume controllers, routing, mixing, switching and prioritisation. Processors such as equalisers, limiters and delay lines are also available to produce the best quality and most intelligible audio signals possible. Announcements are saved in the WAV file format on the local message store, which can accommodate 16 audio files. This allows a phased evacuation to be arranged, with messages transmitted simultaneously across the six local output lines at different times or with differing instructions.

Among the Compact 500’s hardware is a fireman’s microphone, a control and indicating panel, a programming USB interface and the DA200 amplifier module. This can deliver up to 200W continuous power and run in ‘bridge mode’ when part of a return-loop zone installation or if operating with a SW8 zone extender unit. The SW8 is an add-on module that can be connected directly on to a single output line of the DA200. In this mode the zone-extender is able to split the line into a further eight monitored loudspeaker lines for paging-only purposes.

Compact 500 systems can be configured using the 4EVAC Manager software application. This program gives an accessible overview of the entire installation, indicating the status of the different components and allowing for easy operation.

Modern VACIE systems are able to provide fast and intelligible messaging that enables large numbers of people to be quickly and efficiently evacuated from large buildings or widespread areas. Unfortunately, despite flameproof cabling and cable enclosures and fire resistant speaker-domes the entire VA/VE installation can still be vulnerable to damage caused by the emergency or just general systems failure.

This long-standing problem is what 4EVAC addressed with its first product. Launched in 2015, the LoopDrive Fault Isolator Module (FIM), was created to automatically detect any problems or failures on a loudspeaker line and isolate that section while ensuring messages are still being broadcast on the rest of the system.

The FIM is based on the return-loop principle. Modules are placed between groups of loudspeakers in a loop. If there is a short or other fault between any two isolators in the chain, both will switch immediately to open circuit status, which isolates the faulty loudspeakers section in between. Other isolators on the system, the loudspeakers on the loop and the T-branch speakers of the FIMs that have been activated will continue to operate as normal. Using this method the fault can be identified in under four seconds and bypassed. This means the transmission of emergency instructions is interrupted for only a very short time and continues once the hazard has been isolated on the loudspeaker circuit.

The intention behind designing both the Compact 500 and the LoopDrive FIM was to create something on a par with what is used for large-scale installations but at a lower cost while still providing the necessary technical safeguards. The components can be built up into a wide area system using networking capabilities. There is also the option of having a standalone unit, or only a few on a network, for smaller buildings and areas.

In this way it would be possible for small, local businesses and apartment blocks to provide comprehensive safety and evacuation facilities. The ultimate aim, after all, is to keep people safe.