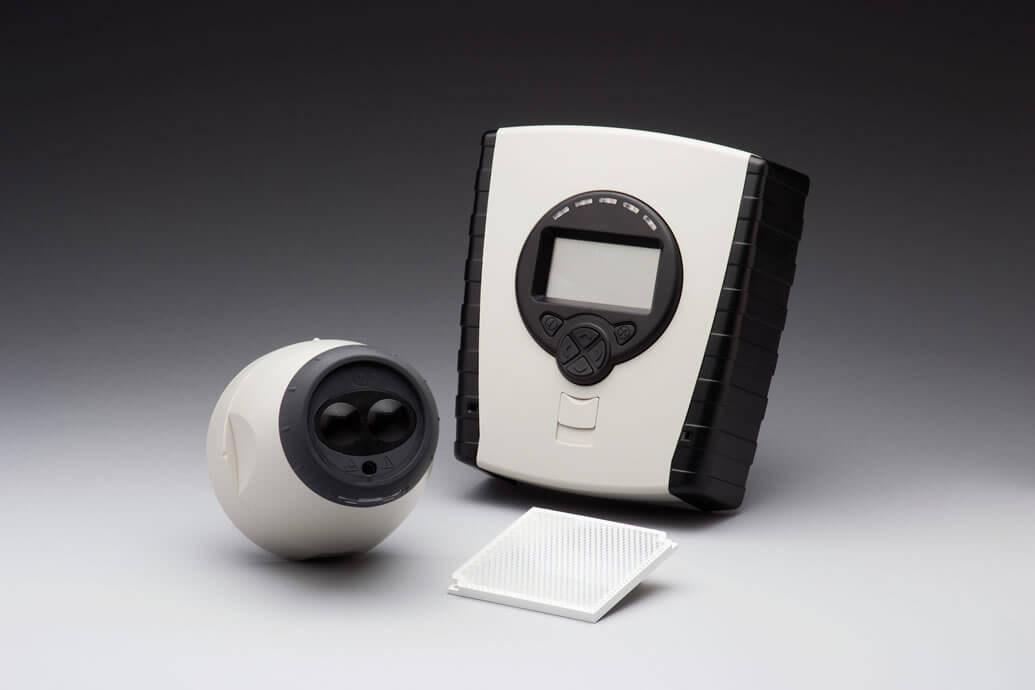 The request of suitable applications for beam detectors is growing – As fire detection technology continues to diversify, specifiers are demanding the most efficient and costeffective solutions for an array of applications. In particular we are noticing an increased demand for detection in large open spaces, such as indoor sports & fitness facilities and leisure & cultural centres.

In recreational buildings, vast internal open volumes can often be as large as 10,000 square metres. These often include a mezzanine floor or gallery level which could become conduits for rapid fire-spread and flashover. Under these critical conditions, beams become the obvious first choice for fire detection.

Every year in the UK there are an estimated 2,500 fires in the recreational sector. The average cost of a fire in a multiple-activity building is now in excess of £60,000.

A number of buildings types have large open spaces including Leisure Centres, Shopping Centres, Cinemas, Museums, Hotels and many more. The leisure industry is a rapidly growing industry with new buildings being built and old buildings being refurbished all of the time. Due to this growth, there is now an increased demand for fire detection solutions for open spaces.

Leisure centres often have large open spaces, such as sports halls, gyms, galleries, swimming pools and cafés. With so many open spaces, if a fire was to start, it could quickly spread through the building which is why early detection is crucial.

In February 2012, a fire quickly spread through Abbey Leisure Centre in Selby causing damage in excess of £1million. Much of the interior of the building was destroyed by the blaze, and large sections of the fire-damaged roof and ventilation systems collapsed into the pool. 10 years prior to this, the building had also suffered 2 major fires which wiped out two administration areas and caused severe damage to the pool.

Thirty-five fire fighters and six fire engines were required to bring a large fire in the Southside Shopping Centre, Wandsworth under control. More than 2,500 people were evacuated after a blaze broke out at a Nando’s restaurant and quickly spread.

Fire-fighters encountered a “wall of fire” when they tried to tackle flames at the Huntingdon Cineworld multiplex, within the Towerfields Leisure Park. 500 movie-goers and staff were forced to flee a smoke-logged cinema when an
automatic alarm was triggered by a fire breaking out in the cinema’s video games room in the foyer.

Nobody was injured in a fire at the Cuming Museum in Southwark in 2013, but the blaze destroyed the museum’s roof and two of its displays including objects on loan from British Museum (BM).

The Science Behind The Solution

The advantage of beam detectors in these applications is their ability to detect when smoke is scattered over wide areas. This is achieved due to the beam detectors using the obscuration method, which detects fire due to smoke particles obscuring the infra-red light along the sensing path. When sufficient smoke blocks the infra-red light beam, reducing the received signal strength by a pre-determined setting, a fire condition is generated. Suchdetection sensitivity enables the beam to identify a fire before it spreads.

Unwanted alarms due to the beam being totally obscured for a short period of time can be filtered out bywell designed products (Hochiki’s beam detectors, for example, use time based algorithms to distinguish between unwanted obscuration and genuine fire conditions).

In addition to traditional transmitter/receiver beam detectors, Reflective Beam Smoke Detectors are increasingly becoming the specifier’s choice. Reflective Beam Detectors work by combining the transmitter and receiver into one unit and returning the beam via a reflector at the opposite end of the protected space. Clearly in this instance all cabling is to a single point and therefore installation time (and cost) is significantly reduced.

A Mathematical Point of View

Whilst point-type smoke detectors are appropriate for the majority of projects, buildings with large openspaces would benefit from beam detectors due to their volume of coverage.

For example, beam detectors have a range of up to 100 metres and spaced at 15 metre intervals, have a maximum area coverage of up to 1500 square metres*. Therefore, given a large open space, beam detectors can cover an area, which would require up to 15 Point-type Detectors.

*Please note, in practice, the geometry of a building may limit the coverage, and so each installation must be carefully considered and designed in line with the standards.

Don’t Risk Prosecution: Make Sure You Adhere to All Relevant Legislation.

The British Standard for fire detection and alarm systems (BS 5839: Part 1) specifies the general height limit for point type smoke detectors as 10.5 metres whereas it is 25 metres for Photo electric Beam Detectors. Therefore, clearly in an open area with high ceilings beam detectors are the logical choice to meet this standard.

With the proliferation of Mobile Phone networks, and other communication and electronic equipment, the hazards related to Radio Frequency (RF) interference, more stringent demands are now made on system designers to specify products of the highest standards. To ensure immunity from unwanted activations caused by such phenomenon, selecting products which are tested by approved bodies such as the Loss Prevention Certification Board (LPCB), is essential. Validation by such an organisation ensures not only compliance with the relevant Electro Magnetic Compatibility (EMC) standard but also that the fire detection performance of the products meets the requirements of the relevant standards.

Ticking all of the boxes

It is clear that recreational facilities offer unique challenges to specifiers in providing high performance, cost-effective fire detection systems. In many of the large open areas found in such facilities, traditional point type smoke detection is not always the most suitable option and beam type smoke detection can provide a more comprehensive solution. Both types of Beam Detector transmitter/receiver and reflective are offered by Hochiki Europe.

Hochiki’s commitment to providing a full range of products to suit the requirements of this sector is evidenced by the large number of major projects that have used Hochiki Fire Detection Products. Some examples include, Cardiff City Football Stadium, The Bluewater Shopping Centre The WWF-UK Centre, Sea-bank Resort & Spa in Malta, Peterborough Cathedral, Savoy Theatre and many more projects.

A commitment to continuous development and compliance with all relevant standards ensures that Hochiki products will provide the most comprehensive solution for high performance fire detection at the same time as providing cost-effective installations and ensuring the lowest possible cost of ownership.