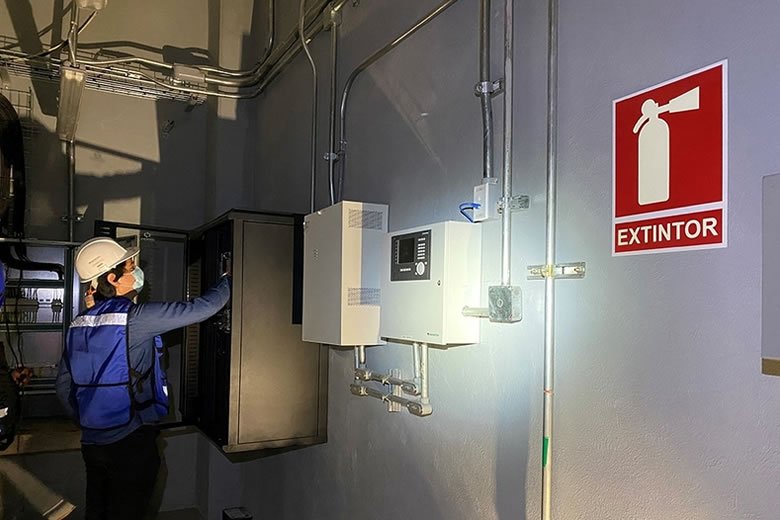 A new metro line was opened last year in Mexico’s second largest city. When it came to fire safety, the Spanish company responsible for its construction and the Mexican fire protection contractor attached great importance to the installation of a reliable, modern system. Securiton and LISTEC won the contract, with their safety solutions now ensuring reliable protection in the stations and tunnels.

Guadalajara is located in the west of the Central Mexican Plateau, about 550 km northwest of the capital Mexico City, at an altitude of about 1590 m above sea level. The capital of the state of Jalisco is Mexico’s second-largest city with almost two million inhabitants in the city and five million in the metropolitan area. Known as the “Perla del Occidente” (Pearl of the West), Guadalajara is the birthplace of many Mexican traditions such as tequila, mariachi music and the jarabe tapatío (Mexican hat dance).

Three combined light rail/metro lines run through the city. The first light rail line, Line 1, was inaugurated on 1 September 1989. Line 2 runs entirely underground and was opened on 1 July 1994. Due to the persistence of traffic congestion in the city’s streets and the popularity of the railway system, construction of the new Line 3 started at the end of 2014. Extending over 21.4 kilometres, the line consists of a combination of underground (5.3 km) and elevated (16.1 km) sections and serves 18 stations.

The new Line 3 was built by Spanish construction company OHL, which commissioned Mexican fire protection specialist SafeCity to supply and install the necessary fire protection systems. The latter specified numerous fire protection systems from Securiton for the 18 railway stations and the tunnel that is just over 5 kilometres in length. SafeCity thus installed 5.5 km of LIST sensor cables from LISTEC GmbH, which is part of the Securitas Group, on the tunnel ceiling. Hundreds of SecuriStar MCD 573 multi-sensor detectors in the 18 stations ensure early detection of incipient fires. Other elements of the system include sirens, flashing lights, SecuriHeat ADW 535 line-type heat detectors, SecuriBeam BSD and ILIA line-type infrared smoke detectors, as well as numerous manual call points. With its multiple detectors and manual call points, this comprehensive fire protection system is thus able to react quickly and appropriately to protect human lives and assets.