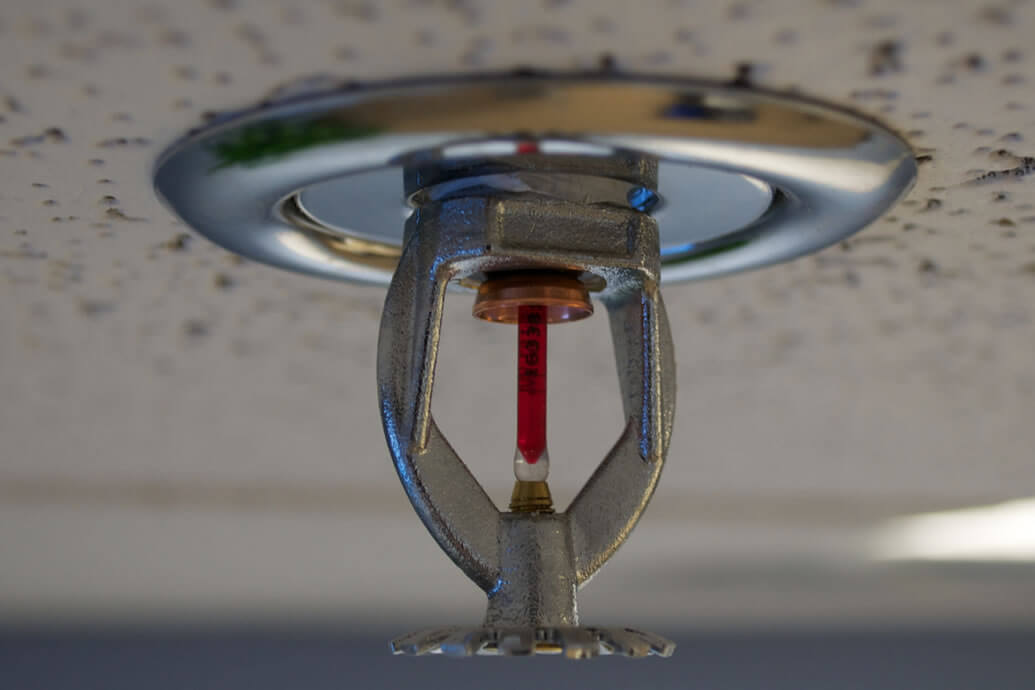 Sprinklers in residential buildings are relatively uncommon in detached houses, although their installation is relatively inexpensive and straightforward if carried out using the very latest sprinkler technology. This has been demonstrated in an energy smart detached house erected on SP’s site during the autumn.

SP, working in conjunction with prefabricated house manufacturer A house, part of the Derome Group, has developed an energy-efficient detached house. The house, which was erected on SP’s site in Borås during the autumn, incorporates the latest technology in efficient use of energy and constructional features. The objective is that the overall cost should not be higher than that of an ‘ordinary’ newly-built detached house. The aim is to reduce energy use by at least 60 % in comparison with present-day standards. The house also provides a facility for testing and evaluating innovative technology and methods in a controlled and faithfully realistic environment. The house will also be seen by many, as it has been erected on the edge of the visitors’ parking area, as shown in Figure 1.

The house has been built as part of the joint NEED4B EU financed project, the objective of which is to encourage the construction of low energy buildings – residential buildings, offices and public buildings. The buildings will then be monitored for a period of two years in order to ensure that they are meeting their energy targets. In total, 27 000 m² of building area will be constructed between 2012 and 2018 in five European countries. Sweden’s contribution consists of two very low-energy houses. The second of these has been constructed in Varberg, and will differ from that in Borås in actually being used as a residence. Results and experience from the project will be published, hopefully assisting all new buildings to have better energy efficiency.

Even though sprinklers in residential buildings are relatively uncommon in detached houses, their installation is relatively inexpensive and straightforward if carried out using the very latest sprinkler technology. Working in conjunction with material suppliers and an installation contractor belonging to Sprinklerfrämjandet (The Swedish Fire Sprinkler Association), a residential sprinkler system has been installed in the house in order to demonstrate simple, aesthetically satisfying and cost effective solutions.

The starting point for the installation is that the system is connected directly to the house’s cold water supply via a manifold in a manifold cubicle. A flow switch, upstream of the manifold, generates an alarm when a sprinkler has been activated.  In turn, the house’s water meter and main shut off valve are fitted upstream of the flow switch. This means that the sprinkler system itself has no main shut off valve, thus reducing the risk of the system being accidentally turned off. The water meter is of the inductive type, having the high accuracy desirable in this particular house. In addition, it has a very low pressure drop at the flows normal for a sprinkler, and also incorporates an integral check valve.

The sprinkler system manifold has four output connections, with two for each floor, as shown in Figure 2. The water circuits are arranged in two ring mains, with one for the ground floor level and one for the upper floor. Each sprinkler can therefore receive water from two directions, thus reducing the pressure drop in the system and allowing small bore pipes to be used. The pipes themselves consist of an internal and an external PE RT pipe, separated by an aluminium pipe. This arrangement makes optimum use of the properties of both plastic and aluminium. The pipe dimension is 25 mm by 2.5 mm, i.e. an external diameter of 25 mm and a wall thickness of 2.5 mm. The pipes are supplied in rolls, and can be bent, which facilitates the work of installation. The small pipe diameter was necessary in order to allow the pipes to be run between the ceiling battens and the gypsum plasterboard ceiling panels. The secondary battens are of standard 28 mm by 70 mm size, with c c distance of 300 mm, which means that very little space is available for the sprinkler pipes. For this reason, the pipes have not been run in an outer leak telltale pipe, known as ‘pipe-in-pipe’ construction. However, any leak from a sprinkler pipe would require only the pipe between two adjacent sprinklers to be replaced. Apart from the connections to the actual sprinklers, there are no joints in the pipes except at a few positions in which joints were essential for reasons of space.

On each floor, the system is connected to the lavatory on that floor, which means that the system is partly integrated with the main cold water system in the house. Every time the lavatory is flushed, it is refilled via the water in the sprinkler system. This serves the dual purpose of preventing water from stagnating in the system and also providing an indication that there is a supply of water to the system. There are therefore no special requirements for reverse flow protection to the public water system, apart from those applicable to any normal cold water system.

One of the aspects to be considered, important for many house owners, is the purely aesthetic. The sprinkler system must not, in other words, be visible, and so it uses ‘concealed sprinklers. The sprinklers are therefore recessed into the ceiling structure, covered by a 70 mm diameter white circular cover, which drops away when the temperature reaches 57 °C, and the sprinklers activate when their fusible links reach a temperature of 74 °C. Figure 3 shows a sprinkler after installation in the ceiling space.

The sprinklers have a K factor of 43.2 (liter/min)/bar½, with a design flow rate of 30.3 liter/min from a supply pressure of 0.5 bar. At this pressure, the maximum coverage area per sprinkler is somewhat over 13 m². The system is designed for simultaneous operation of two activated sprinklers, which means that the total water flow is a little over 60 liter/min. This is equivalent to a delivery rate of 2.05 mm/min, which is the lowest permissible delivery density in accordance with the requirements of Swedish standard SS 883001 and with the recommendations in NFPA 13D.

Sprinklers are installed in all rooms of the house, apart from its ‘climate lock’ and the ‘winter garden’, where above-zero temperatures cannot be guaranteed. The house therefore has a total of 22 sprinklers, with 13 on the ground floor and nine on the upper floor.