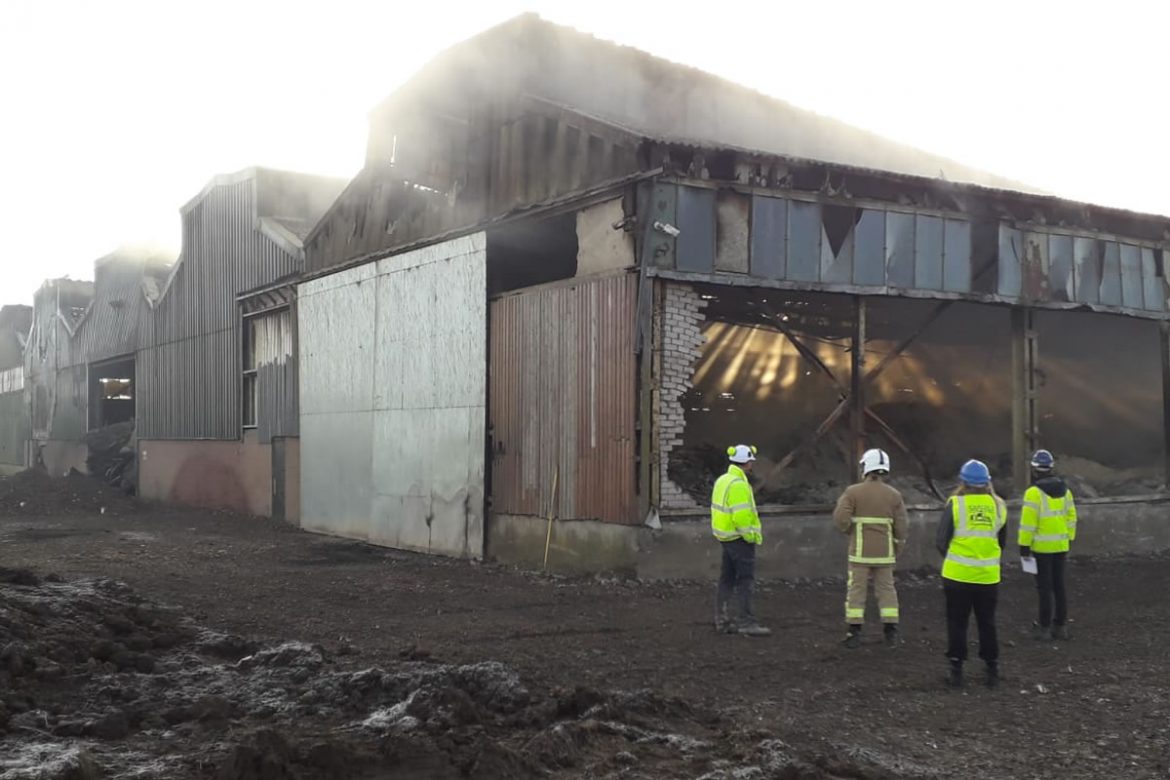 A household waste recycling centre in Carlisle was destroyed by fire in early November causing major disruption and unnecessary damage to the environment. It was one of a series of industrial fires across the UK in November, with none of the facilities benefiting from an automatic sprinkler system.

The fire at the North West Recycling facility in Rockcliff Industrial Estate on November 8th required six appliances and specialist equipment including aerial ladder platforms and a water bowser from Cumbrian Fire and Rescue Service to tackle the blaze. Hundreds of tonnes of mixed waste caught fire at the premises along with the roof containing asbestos.

While there were no reported injuries in the blaze, the impact on the local community and environment was significant with local road closures, residents forced to close windows and doors due to harmful smoke and a number of measures employed to minimise the impact of pollution to the local environment.

The fire at the North West Recycling facility was not alone during the past month with industrial fires in Warwickshire, Nottinghamshire and Cranleigh in Sussex. All were typified by large numbers of firefighters being required to contain the event.

Each event developed high volumes of smoke and contained harmful contaminants. Furthermore, fire water run-off needed to be monitored by the relevant agency and there is the environmental impact of disposing of the damaged properties and the costs, resources and materials required to repair and rebuild them.

Preventing large costly fires is possible through a combination of strategies. One of the most effective strategies is the use of sprinkler systems which contain and control fires before the Fire and Rescue Service arrives. They therefore minimise the wider impact of unmanageable fires, reducing costs to business and the economy as a whole. Importantly, by limiting any fire damage, they allow businesses to resume operations quickly, often within hours of the incident. This was adequately demonstrated by a fire at a Biffa waste site in Irlam in May of this year. Fire sprinklers fitted at the site activated, quickly putting the fire out and minimising the damage caused as a result of the incident.

It’s often the case that businesses are not valuing what they own in terms of property and think they are going to recover from a fire a lot quicker than they do. The inclusion of a sprinkler system can prevent major financial and equipment losses, containing what could be a potential major disaster and ensuring it is only a minor inconvenience.

By Iain Cox, Chair of the Business Sprinkler Alliance

For more information about the BSA visit the www.business-sprinkler-alliance.org