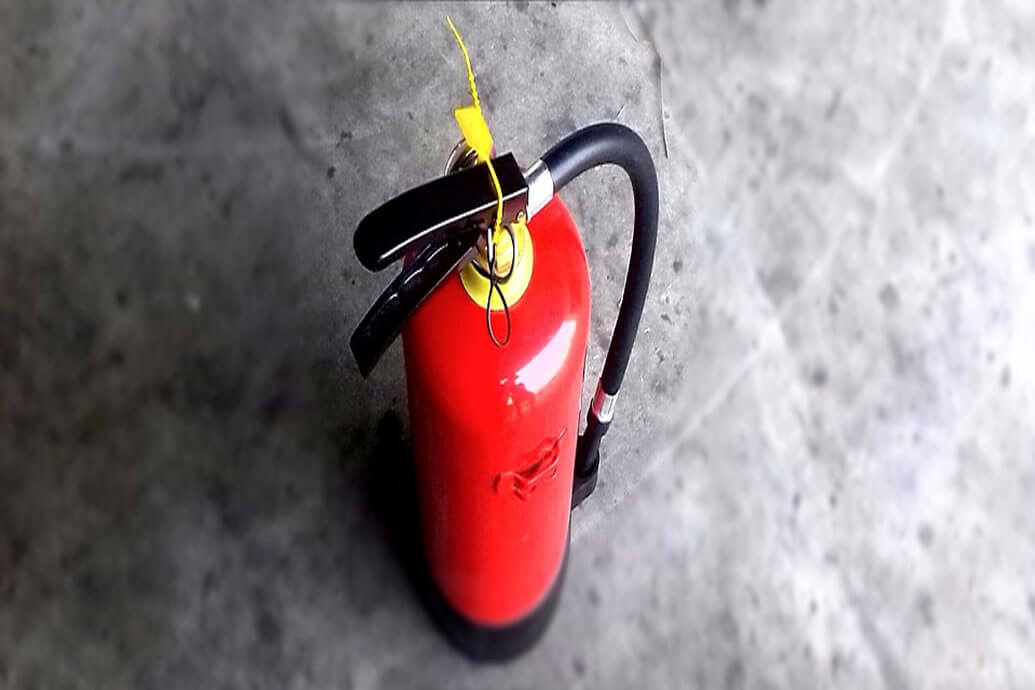 Fires require different extinguisher types because different fuel sources can have widely varying properties. When faced with fire we must be able to recognise what type it is in order for us to know which classification of fire extinguisher to use.

Powder fire extinguishers are used on Class A, B and C fires. They interrupt a chemical chain reaction. The mono-ammonium phosphate they are generally composed of melts at combustion temperatures, creating a sticky substance that sticks on the solids surface and this forms at the same time a barrier between those and the oxygen. Therefore they act in immediate suffocation of the fire. The colour code of powder fire extinguishers is BLUE.

Foam fire extinguishers can fight Class A and Class B fires, ones caused by solids and flammable liquids. The foam acts by cooling and suffocating the fire, creating an air-excluding, cooling, continuous layer of vapour sealing, water bearing material that halts and prevents combustion. There are different types of foams, but the most common type of foam extinguishers use AFFF, suitable as protection against hydrocarbons.  The colour code of foam fire extinguishers is CREAM.

CO fire extinguishers are suitable for Class B and E fires, flammable liquids and live electrical equipment, as this extinguishing agent is not an electrical conductor. This type of extinguisher holds CO under pressure, therefore when it is discharged, it expands abruptly. Consequently, the extinguishing agent’s temperature drastically diminishes to values under -79°C, which means the CO turns to dry ice. This gives its popular name – carbonic snow. The fire fuel is cooled on contact with this mist, but the carbon dioxide also suffocates the fire by oxygen displacement as a useful side effect. It is highly important to take care when extinguishing liquid fuels to avoid splashing. The colour code of CO fire extinguishers is BLACK.

Wet chemical fire extinguishers must be used on Class F, or cooking oil fires, where the main fuel sources are oils and greases. The extinguishing agent is potassium acetate, and works by creating what is called a saponification effect. The potassium acetate is transformed into a fine mist, and when this mist comes into contact with the oil or grease’s surface it creates a soapy film that seals the surface and separates it from the air. The mist also cools the oil and grease as part of these fine drops gets vaporised. The colour code of wet chemical fire extinguishers is YELLOW.

Using the wrong extinguisher on a fire can turn a relatively minor incident into a catastrophe. However following this guide will enable people faced with a small fire to make a rapid response before it spreads.