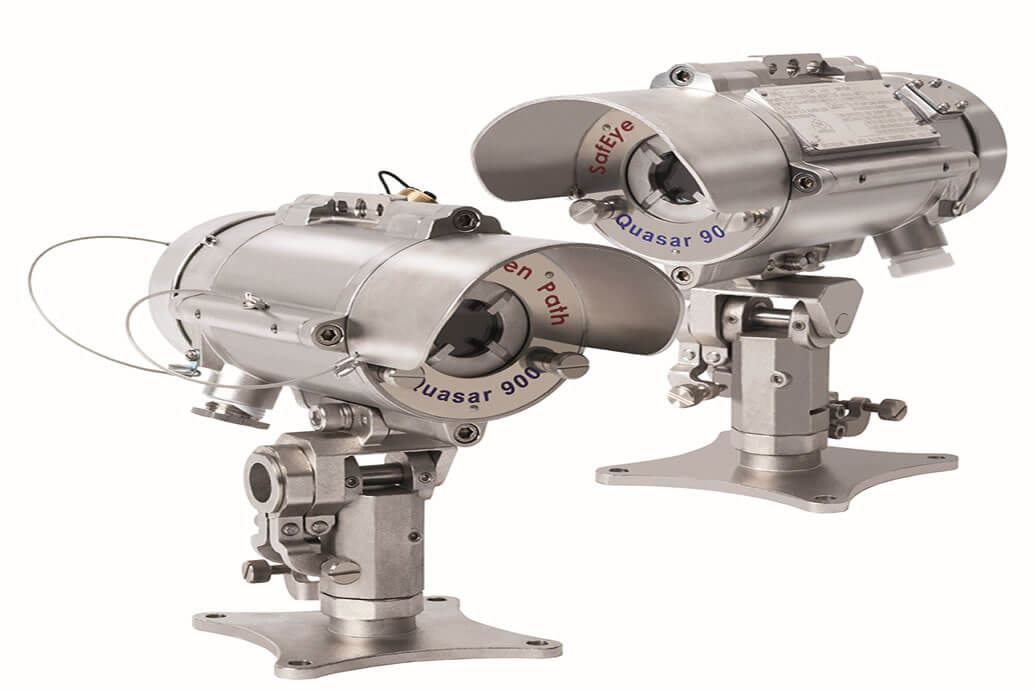 In February 2015, a Coca-Cola bottling plant in Speedway, Indianapolis saw emergency procedures being initiated after a strong ammonia smell was sensed by 25 workers. The plant was immediately evacuated and a significant emergency response was provided by local Fire Department and haz-mat teams.  The source of the leak was an 80,000 gallon tank, which was used in the refrigeration processes within the plant.

Concentration readings fell from 700 ppm to about 150 ppm, which was significant, though the plant could not be operated until they were further reduced to below 25 ppm. Throughout the incident, no threat was posed to anyone outside the plant, where readings were 2 ppm.

Another example of an industrial ammonia leak occurred in a Chinese frozen storage and logistics business in Shanghai, in August, 2013, where the chemical was used in food refrigeration involved in the importing, exporting, storage and processing of seafood.

A detached pipe cap caused a huge leak, as reported by Shanghai Municipality Information Office, and led to the deaths of 15 people and injuring a further 25.

In November 2014, a large amount of Hydrogen sulfide (H2S) blanketed most parts of Moscow, causing emergency authorities to direct everyone to stay indoors. It was later discovered that the gas had originated in a Moscow oil refinery but no injuries were caused.

In May 2014, an oilfield worker in the Municipality of Hazelwood, Canada was found unresponsive at one of the customer worksites. It appears that the worker died from exposure to high levels of H2S.

While toxic gases may have many benefits and useful applications within a variety of industries, high concentrations can cause much damage to humans and can be life threatening.

Ammonia features in various industries in a wide range of processes, either as a raw product or as a byproduct.

These include carbon capture and storage in the Oil & Gas industry, fertilizer, nitric acid, explosive and plastic production and more. Ammonia, NH3, in gaseous form is a colorless gas with a characteristic smell. However, the gas is toxic and even in liquid form when diluted, it is extremely corrosive.

Ammonia is toxic and can cause lung damage and death (see table 1). It can also cause fires and subsequent explosions if concentration levels reach 150,000ppm (15% vol.).

While it is essential to ensure that concentration levels do not become extreme enough to cause a fire, it is equally crucial to ensure that they do not reach life threatening levels. Therefore, ammonia must be neutralized if high levels are detected.

Hydrogen Sulfide, H2S, is also a toxic gas with a ‘rotten egg’ odor, is also colorless and is produced by the anaerobic breakdown of organic material.

It is a byproduct in many industries, including pulp and paper, produced by the breakdown of wood; construction where it can be released during excavation work; the petroleum industry where H2S is removed from natural gas and oil, and more. It can be used as a precursor to metal sulfides and has a number of uses within analytical chemistry.

While the gases are widely used in all these applications and more, it is important that their concentrations don’t reach dangerously high levels, risking those in surrounding areas.

It is difficult to determine when a toxic gas is reaching dangerously high concentrations.

Even if it is possible to smell or use another sense to “detect” a toxic gas, this is not reliable both because a lethal concentration may build up before anyone gets close to the leakage area, and because some toxic gases (e.g., H2S) affect our sense of smell. It is therefore very important to be able to detect them using reliable, accurate apparatus. In order to control the potentially dangerous effects of these toxic gases, they must be detected at low concentrations.

One method of detecting toxic gases is by ‘point’ type detectors. These are typically semiconductor or electrochemical based detectors, in which the monitored gas reacts with the sensor.

A grid of ‘point’ detectors is required to monitor a large area, since the gas has to physically reach the sensor in order to be detected. Toxic ‘point’ gas detectors require periodic calibration and maintenance, which can be a considerable burden in large plants that may require hundreds of detectors.

Since most detectors are installed in the highest risk areas, maintenance technicians are constantly exposed to high risks and are often required to wear oxygen masks.

In many applications, a considerable improvement over ‘point’ detectors is obtained using the method of open path, line of sight gas detection.

Open path gas detection is based on a beam of light being absorbed by the detected gas between a transmitter (source of light) and a receiver over distances up to 80m.

The chemical absorbs some of the beam’s energy and the intensity of the beam is therefore reduced. The received beam signal is used to determine whether or not a gas is present.

This method can monitor even traces of gases as they “cross” the path between the transmitter and receiver units. As opposed to ‘point’ type detectors, the toxic gas does not have to reach the receiver (detector) unit in order to be detected. This reduces the number of detectors required for a given area.

The theory of OPGD is based on the Beer-Lambert absorption equation, which is as follows:

In this equation, I is the intensity of radiation after passing through a gas cloud and is recorded as the output beam.

I0 is the intensity of radiation in a clean atmosphere, E is an absorption coefficient typical to the detected gas (dependent on the measured wavelength), C is the gas concentration in the measured cloud (in air) and L is the length of the beam’s optical path through that cloud. The absorption coefficient E (as function of wavelength) is often called the chemical “spectral finger print” and is unique for each chemical substance. Oil & Gas products have unique “spectral finger prints” in the Ultraviolet (UV) and Infrared (IR) portions of the electromagnetic spectrum.

With reliability and safety being the most important issues when measuring and monitoring combustible or toxic gases, the following performance criteria must be addressed by the system:

• Reliable false alarm free operation – immunity to any chemical reactions and to industrial and environmental radiation sources, which might cause false alarm or disable detection.

• Easy alignment & commissioning – one-man setup Spectrex has developed a solution for the detection of toxic gases before their concentration rise to a dangerous level. The SafEye 950/960 open path toxic gas detector detects the following gases:

The detector is able to detect ammonia/ H2S at distances of up to 263 ft (80m) using open path, line of sight technology. The system is fully operational and immune to false alarms caused by background radiation sources such as sunlight, filament lamps, projectors, heat generators and other type of optical detectors.

The detector provides a warning signal when no longer able to provide accurate detection (e.g. the path is blocked or obscured). However, they can function effectively even when 90% of the light is obscured by extreme environmental interference such as fog, rain, smog.

Open path systems consist of two parts: a light source (transmitter) and a detector (receiver) located at a predetermined distance. The transmitter is a unique flash lamp source, which can be activated at various frequencies and which emits pulses of light with a wide spectral band (UV to IR), and the receiver is the sensing and analyzing module of the system, which contains several sensors with unique filters.

The apparatus can detect different gases with respect to different band-pass filters. The location of the radiation source (transmitter) and the receiver (detector) define the optical path.

The light source and detector are mounted and aligned at a predetermined distance (fixed in a given installation).

The optical path, to be monitored, is the direct line of sight between them. Since the distance between light source and detector is different from one installation to the next, the gas concentration is measured in ppm.m (parts per million multiplied by meters).

To obtain the average gas concentration over the optical path, the ppm.m concentration is divided by the distance between light source and detector (in meters).

The transmitter, which can be activated at various frequencies, emits very short (microseconds long) high intensity pulses of light enabling the recognition of its unique pattern by the receiver, which distinguishes it from background radiation sources such as sunlight, filament lamps, projectors, heat generators, etc. The receiver contains several sensors according to the specific gases (or chemical families) to be detected.

In the toxic gas models, the signal and reference wavelength bands are in the 0.2-0.3 microns UV range.

Mr. Ian Buchanan is European Manager for Spectrex Inc. based in the UK. Mr. Buchanan has over 30 years experience in industrial Fire & Gas Detection.