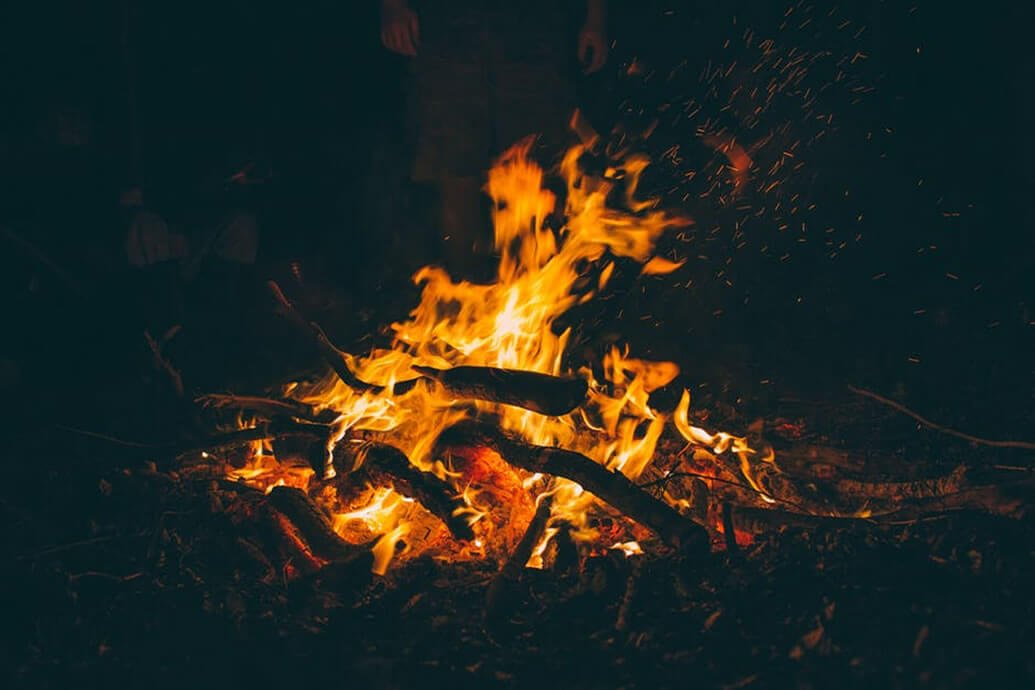 Large ethanol fires radiate less heat and therefore have less thermal effect on their surroundings, compared to petroleum-based fires of fuels such as petrol. This is true in the case of smaller fires of just a few square metres of liquid fuel.

However, the large-scale tests that SP performed in the ETANKFIRE project show that the circumstances are the opposite in the case of a fire of the size of a fuel storage tank. The thermal radiation from ethanol fires is several times higher than that from petroleum fuels.

Ethanol has a much lower calorific value than, for example, petrol. This means that complete combustion of ethanol releases much less energy (about 27 MJ/kg) than complete combustion of petrol (about 44 MJ/kg). A natural result of this is that the thermal radiation from pool fires burning ethanol is less than that from similar fires of petrol, which is confirmed by test results from 2 m² pool fires of fuels containing varying ethanol contents. The radiant intensity (thermal power per unit of area) of an E97 fire (a mixture of 97 % ethanol and 3 % petrol) is about half of that from burning commercial petrol. Tests of the combustion efficiency at this scale give a value of about 80 %, i.e. about 20 % of the theoretically possible power is not released due to incomplete combustion. One effect of incomplete combustion, for example, is the formation of soot.

The behaviour of fires of these fuels changes when the size of the fire alters. In the case of a fire burning over a considerably larger area, diffusion of oxygen into it will not be sufficient to maintain a combustion efficiency of 80 %. Combustion is therefore less complete, with more smoke and soot being formed in the plume. The smoke generally shields large parts of the flame, with the result that radiation from the flame does not penetrate through the smoke to the surroundings. In the case of large petrol or oil fires it is actually generally only a zone of a few metres, closest to the surface of the burning fuel, where the flame can be seen and from which radiation is efficiently emitted. Further up, above the fire, the smoke tends to prevent radiation to the surroundings.

Combustion of ethanol, on the other hand, is much more efficient than that of petroleum-based fuels. One reason for this is that ethanol does not need as much oxygen for complete combustion, and that it does not consist of long hydrocarbon chains that form soot particles. Admittedly, the combustion efficiency of burning ethanol falls somewhat as the area of the fire increases, but by no means as much as for petrol. The result is that the radiant intensity from a large ethanol fire can be as high as, or higher than, that from a petrol fire.

Last year, SP investigated the behaviour of ethanol fuels in a 254 m² pool. The results showed very clearly that smoke production is less than that from fires of petroleum-based fuels.

The radiant intensity was measured in all directions and at several distances in order to build up a complete picture of the distribution of the radiation in the surroundings. The measured results were compared with corresponding petrol fires evaluated using two different established simulation programs. In addition, a certain amount of experimental data for petrol is available for comparison. The results are striking:  close to the fire, an ethanol fire radiates 2-3 times as much heat as a petrol fire, with the radiant density still being about twice as high further away.

The difference between petrol and ethanol fires is expected to increase further for even larger fuel surface areas, as ethanol seems to be less dependent on the size of the fuel surface area. As present-day fuel storage tanks for ethanol often have a considerably larger area than the 250 m² that were used in the trials, the results of this work are definitely relevant for safety assessments of the storage of ethanol fuels. At present, these risk assessments are generally based on guide values for petrol which, according to these results, means that there is considerable underestimation of the risks associated with the storage of ethanol.

As storage is an important link in the chain using biobased fuels such as ethanol, a better understanding of how to reduce the risks of storing the fuel is required.  As ethanol is water-soluble, it is doubtful whether a fire in an ethanol tank could be suppressed using the same methods as used against petroleum-based fires, i.e. by foam application from high-capacity foam monitors. To date, we have not been able to find any example of a successful suppression operation against a burning ethanol storage tank: instead, all known fires of this type have concluded with the total loss of both the ethanol content and the storage tank.

SP is therefore continuing its work in the ETANKFIRE project to evaluate various methods of fire suppression for this type of tank fire. Those wishing to join the project, and thus share the data from the trials described above, and also to influence future working directions of the project, should contact Henry Persson at SP, henry.persson@sp.se.