Impact of Climate Change on Forest Fire Risk in Sweden 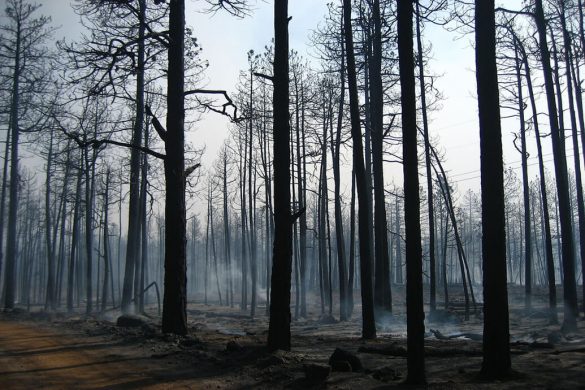 The ”Delta FFire” project was created to enable long term planning for resource and infrastructure investments for forest fire fighting, given a potential for increased fire risk due to climate change.  SP Brandteknik is one of three partners involved in this project; the other partners are the Swedish University of Agricultural Sciences (SLU, Professor Anders Granström is the project lead, forestry expertise) and the Swedish Meteorological and Hydrological Institute (SMHI, meteorological modeling).  SP’s contribution to the project is ignition testing of forest floor litter and modeling of historical fire events. This 4 year project is funded by Myndigheten för samhällsskydd och beredskap (MSB, the Swedish Civil Contingencies Agency).

The preliminary results of ignition testing as a function of moisture content of over-wintered forest floor litter commonly found in Sweden, including grass, leaves, short and long needles, moss, and humus are shown in Figure 1.  The ignition source for these data is a small open flame similar to a cigarette lighter placed on the surface of the test samples.  Other tests have been conducted using embedded open flames and embers (cigarettes).  The effect of light wind has also been studied.  Future testing may include ignition due to hot particles.

Article and information provided by the Delta FFire Project.