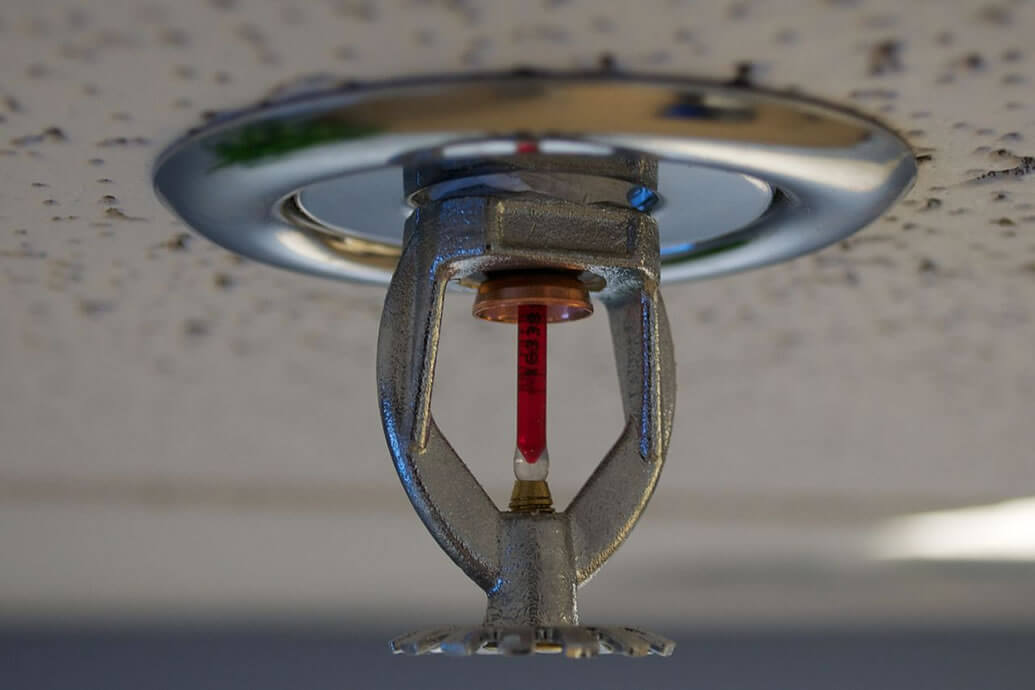 Since 2003, most European countries have introduced requirements to fit sprinklers in high-rise buildings, typically at a threshold of 20 metres to 30metres, corresponding to the height above which the fire brigade cannot intervene externally. France is a notable exception, where the threshold is 200 metres. Also, with the exception of UK warehouses, sprinklers are now required, or strongly incentivised, in shopping centres and large warehouses in most countries.

In Europe fire safety codes and regulations are matters for the different national governments. There are no consensus model codes drawn up by third parties like the NFPA or ICC in the US. Instead, each government has its own arrangements and in most cases fire safety codes are drafted by government officials.

In most countries there is one national set of regulations. However, in a number of countries there can be regional variations, such as in the UK, which has separate jurisdictions in England, Northern Ireland, Scotland and Wales; and in Germany where each of the 16 states has its own fire safety codes. This means that fire safety varies considerably across Europe and as a result there are large variations in fire death and injury rates. Some would no doubt like Europe to introduce a degree of consistency, ideally to bring the weaker countries up to the level of the best. However under the Lisbon Treaty the European institutions have limited scope to act.

That said, in 2004 the European Commission published a Directive on fire safety in road tunnels that prescribed a set of organisational and passive fire protection measures. Sprinklers were not mentioned but, at the last moment, a clause was added to permit alternative solutions. Today most large, new road tunnels in Europe seriously consider fixed fire suppression and there is a growing reference list of European road tunnels protected with sprinklers or water mist. This trend is being mirrored in the US, where NFPA 502 now recommends sprinklers in long, busy tunnels.

In 1986, there was an attempt to introduce a consistent approach to fire safety in European hotels. However, this was poorly implemented and failed due to a lack of political support from national governments. A green paper, to set out the options and canvas opinion, is now being considered for publication by the European Commission.
Norway is leading the developments in new requirements to fit sprinklers in high risk residential buildings within Europe, recognising the life-saving benefits of sprinklers. Sprinklers are required in new hotels, hospitals, care homes and apartment buildings of more than two storeys. Furthermore, the Welsh government has passed a law to require sprinklers in all new housing, having recently published its plans for public consultation, making clear that it expects this requirement to take effect in the spring of 2014.

Whilst the first domestic sprinkler ordinance dates from 1978 in San Clemente, California, Wales would be the first country to require sprinklers in all new housing. In most countries in Europe fire safety building regulations or statutory guidance is built on compartmentation and means of escape. Sprinklers are being recognised as an alternative measure to make buildings safe from fire, often offering an approach that is more economical and enables designs with larger compartments, longer escape routes or less generous fire brigade access, all of which would otherwise not be accepted.

As a result of all these welcome developments more new buildings in Europe are being fitted with sprinklers and they are safer for it. However, most new buildings are still not sprinklered and there is much to do. Too many people in positions of influence are unaware that sprinklers almost eliminate fire deaths and reduce fire injuries and property losses by over 80 percent. Similarly, they are unaware that sprinklers respond individually to heat and that most fires are dealt with by just one or two sprinklers.
The perception by regulators that sprinklers are expensive holds back new code requirements for sprinklers. CEN Technical Committee 191 is addressing this with two revisions to EN 12845, the European sprinkler system design, installation and maintenance standard. These revisions will at last bring the standard into the 21st century, recognising sprinklers and sprinkler system designs that bring down system costs.

Among almost 70 pages of changes, the first revision introduces K160, ESFR and CMSA sprinklers; it provides updates to some of the storage tables including how to deal with excessive clearance; it specifies the equipment to be installed and how it should be used to conduct pump pressure and flow tests and it sets out requirements for pump cabling. In addition the controversial title for Annex F, “Special requirements for life safety systems”, will be replaced with the more accurate, “Additional measures to improve system reliability and availability”.

All sprinkler systems are capable of saving lives and the excellent historical record of sprinkler systems is based on systems that did not include these additional measures. Systems installed in houses and apartments are also primarily installed to save lives yet are designed to different, more economic standards, so the old title of Annex F was causing confusion. The first revision of EN 12845 should soon go to the national members of CEN for approval.

The second revision of EN 12845 is a more thorough review of the standard and will revise the sequence of chapters, introduce design guidance for high ceilings, reflect the latest storage technology and under hazard classification define 80 percent of the most common hazards so that designers adopt a consistent classification for a school, hospital and so on. The first draft of this revision is expected to go to the national members of CEN for comments early in 2014.

The scope of EN 12845 does not include houses, apartments or other residential buildings but CEN has formed a committee that is drafting a standard for these applications. The draft document will draw on the decades of positive field experience in North America, yet taking into account the very different methods of construction common in Europe. In many European countries wood is not used in construction, piping for apartments is cast in concrete and lofts are reached by a permanent staircase.

Freeze protection and corrosion are two of the most controversial technical issues faced by sprinklers in recent years. Real fire experiences in the US with anti-freeze, as well as research, have shown that concentrations of combustible anti-freeze must be limited more than they have been in the past. Moreover, to guarantee proper mixing, NFPA now requires combustible anti-freeze to be supplied in pre-mixed, listed solutions. The matter will unlikely rest there and the industry is expected to launch new technologies to deal with the problem of fitting sprinkler systems in areas prone to freezing.

For this reason the largest German installer now voluntarily fills all new dry pipe systems with nitrogen. Corrosion is usually far less serious in wet pipe systems, however it can occur and a number of suppliers now offer treatments or piping solutions to minimise it. Others offer sprinkler piping systems in corrosion-resistant CPVC or stainless steel.
The most important advantages of CPVC and stainless steel aside from their improved corrosion resistance are that they can be installed faster, more cleanly and quietly in buildings such as hotels where long lengths of prefabricated pipe cannot be used, or in existing buildings where the sprinkler pipe has to be installed around unexpected obstacles.

Sprinkler manufacturers and other component suppliers invest great sums in research and development and each year launch new products and concepts to make sprinklers more efficient. Aside from advances in piping, there are new storage sprinklers which have four roles:

Sprinkler manufacturers are also improving the aesthetics of sprinklers, with lower profile (more compact) sprinklers, flush (barely protruding) sprinklers and a much wider range of concealed sprinklers. Today the sprinkler system designer can make use of pendant, horizontal sidewall and extended coverage concealed sprinklers for the discreet, efficient protection of hotels and heritage buildings.

As well as sprinklers, alarm valves have also been improved, being lighter, more compact and more neatly and simply trimmed than in the past. They are also available in stainless steel and other materials for corrosive environments. Pumps have remote monitoring and testing capabilities and recycle all water, including that for engine cooling, so that their environmental footprint is reduced.

In some countries the sprinkler system in apartment buildings uses the potable water supply, offering sufficient flow and pressure for a residential system. Not only is the potable water supply extremely reliable and tested many times every day by the residents, its use to feed the sprinkler pipe to an apartment saves the costs and space required for a tank and pumps.
Whether or not the sprinkler system may be directly connected to the water mains depends not only on there being sufficient pressure and flow available but also on whether the water provider will permit a direct connection. In Germany direct connections are not allowed while, across the border in Switzerland, they are compulsory. Switzerland has never had a sprinkler system failure.

An increasing proportion of new buildings are fitted with sprinklers and this is due to a growing recognition among regulators, owners, risk managers and fire safety consultants of the benefits of sprinklers for saving life and for doing so more economically than other, traditional approaches.
Sprinkler industry standards are modernising with the introduction of new, more competitive technologies to make sprinkler systems more affordable.

For further information, go to www.eurosprinkler.org