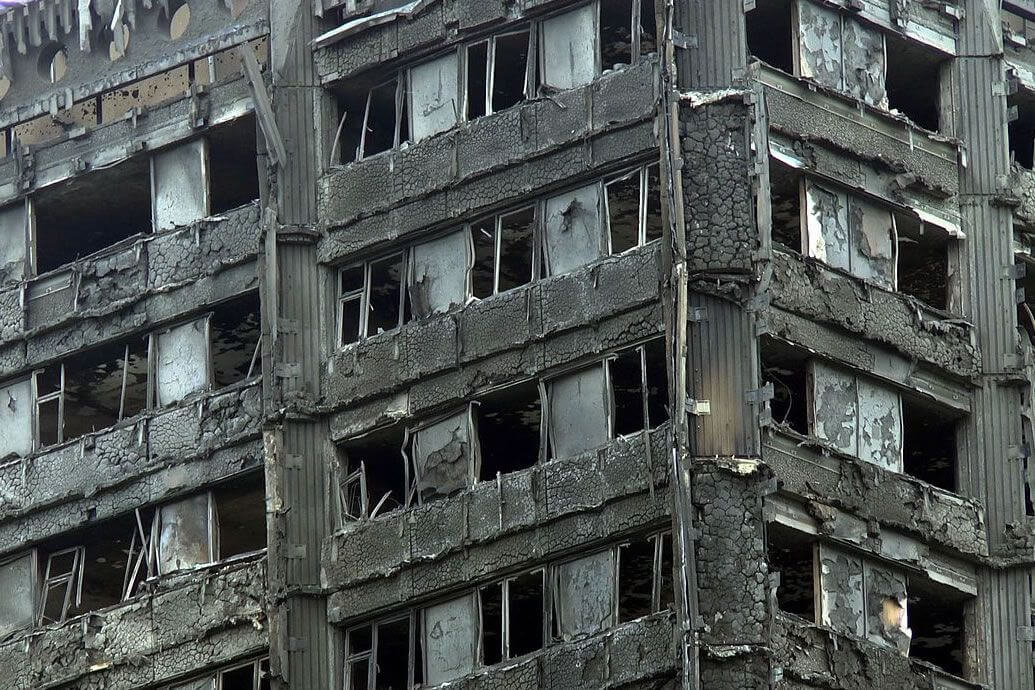 Fire Safety Tests on Cladding – what has happened and what’s next?

It’s been over a month since the awful events at Grenfell Tower in West London where fire claimed at least 80 victims, and changed the lives of its residents forever.  Unsurprisingly our news feeds and televisions have been full of news of the disaster and the resulting fire safety issues this has brought to light on a daily basis ever since.

The speed at which the fire accelerated has been blamed on the exterior cladding and insulation of the building.  With all the reports of cladding safety tests failing and buildings being stripped of its current cladding, we wanted to take a look at what’s happened to bring us to this point, and what happens next.

The tests so far

A major national investigation identified around 600 tower blocks in England that required urgent tests after the tragedy.  It has been reported that at least 200 samples tested from high-rise buildings across 54 local authority areas in England failed fire safety tests.

However, the testing process has been questioned.  It is understood that so far, only the plastic “core” on the panels similar to those used on Grenfell Tower have been tested.  The cladding samples that failed the safety tests will now be subjected to further large-scale testing.

The Local Government Association which had called for the tests to be changed said the new testing “needs to be undertaken urgently”.  Chairman Lord Porter welcomed the “much-needed changes” to the process.  He added:  “We have been clear all along that entire cladding panels and the insulation behind them need to be fire tested together as a system, rather than just the core of the panels on their own”.

ACM (aluminium composite material) in the cladding is believed to have been a major factor in the speed of which the fire spread at Grenfell Tower. Grenfell Tower in the early morning of 14th June. The burned cladding is visible on the outside of the building. The independent expert panel on safety has now said further testing will be carried out “as the next step”.

The new process will subject a demonstration wall to a “severe fire in a flat breaking out of a window” and aim to establish whether it will then spread up the outside wall.  Experts will fix a complete cladding system to a 30ft-high (9m) demonstration wall and subject it to “a severe fire”, the government said.

A spokesperson for The Department for Communities and Local Government (DCLG) said experts will now look at how different varieties of cladding insulation with different types of ACM panels react in a fire, including unmodified polyethylene, fire retardant polyethylene, and non-combustible mineral.

The results will help landlords decide on further actions they may need to take to ensure buildings are safe, the DCLG added.

On 3rd July the UK Secretary of State made a statement to the Parliament on the Grenfell Tower fire and fire safety where he asked for the testing regime/program to be independently assessed. This was assigned to and carried out by RISE Research Institutes of Sweden. A full explanatory briefing note on the testing process is available at:

RISE Research Institutes of Sweden (former SP Technical Research Institute of Sweden) was one of the organizers of the “International Seminar for Fire Safety of Façades” in Paris 2013 and in Lund, Sweden last year. At the Lund seminar, the need for a new European harmonized large-scale fire test standard for building façades was clearly identified. RISE has since then been appointed by the European Commission to coordinate the development of such a standard. At present, the SP FIRE 105 test method is used in the Nordic countries, whereas other standards are used in other European countries. The existing standards will serve as a base of knowledge for the new standard development.

The full statement of the UK Secretary of State is available at:

One measure states that if the building is protected by an automatic sprinkler system (or equivalent fire suppression system) you might not need to take any further interim measures before replacement of the cladding.

IWMA (International Water Mist Association) General Manager Bettina McDowell says: “It is always difficult to speak up after such a tragedy, especially when people – mothers, sons, wives, friends, neighbours – have lost their lives, but there is no alternative”

IWMA President Ragnar Wighus adds: “On 7th April a devastating fire on the Scandinavian Star killed nearly 160 people. On 2nd September 2004 a fire in the Duchess Anna Amalie Library destroyed part of the historical building (which belongs to the UNESCO world heritage), works of art and unique book collections. These fires raised the awareness for fire protection in general and for water mist in particular. There are obviously different kinds of fire protection and that is advantageous as there are different kinds of buildings, preconditions, etc. And there are different applications where water mist is either among the best choices or it is in fact the best choice. This is true for – amongst others – passenger ferries, for archives and libraries and for high-rise buildings. This message needs to be spread to save lives – within the UK and beyond. It is as simple as that!”