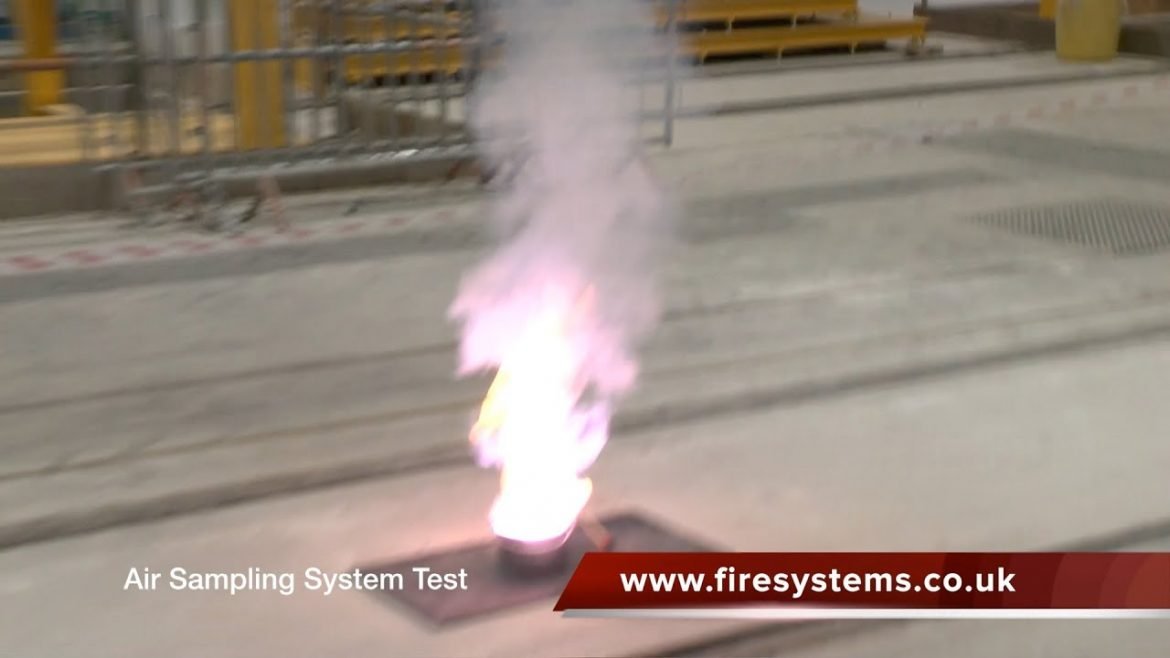 This video is about Air Sampling Test Neasden – Chemical Test

The testing specification was to be in accordance with the FIA code of Practice. We attempted to use the smoke pellet test, but due to the height, which was 12m and the temperature in the shed, which was around zero degrees, the smoke produced from this test was not getting up into the apex due to the lack of heat being generated from this test. We needed a test that was going to give off a lot more heat.

Therefore, we decided to use the chemical test. The test involves two chemicals “Potassium Chlorate and Lactose”. According to the height of the protected area being tested, is how much of the two chemical are required. You have to refer to the FIA guide for your particular test. In our test we used 90g of Lactose and 60g Potassium Chlorate and this was suitable for a height of 10 to 20 metres.

The equipment required for this test is the following:

• Potassium Chlorate
• Lactose Power
• A Steel Container
• Insulating board or a materials to protect the floor due to heat that will be dissipated from the bottom of the steel container
• A calibrated timer
• A way to ignite the chemicals from a safe distance — This would be similar to the device used to light fireworks.
• A calibrated measuring spoons.

As you can see from the video, the heat generated from the chemical discharge was sufficient to elevate the smoke into the Apex and provide a positive test result.
The equipment installed on this particular project was the London Underground approved AirSense Stratos detectors, however the same test would apply if testing a VESDA system in the same sort of application.

If you look closely at the detector in the distance you will see the LED’s are beginning to illuminate as the smoke is detected by the air sampling system. On close up, you will observe the status of Pre alarm and then fire, at this point a signal is sent to the main house alarm to start the programme cause and effects.