A predictive solution for potential fires with an electrical cause 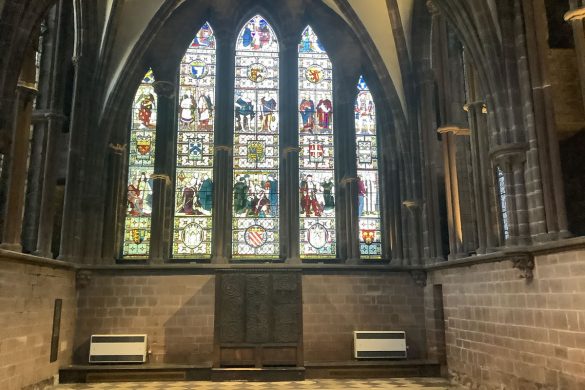 A predictive solution for potential fires with an electrical cause

The incidence of electrical fires is a growing concern, with new threats emerging from lithium-ion batteries and PV Solar installations. Although most of the mitigation solutions have understandably focused on post-ignition measures to prevent the spread of fire, Thermarestor is a device that aims to address the issue pre-ignition and at source; it continuously monitors heat in electrical fixtures to provide a predictive warning. Matthew McKaig, Director of Communications at Thermarestor, explains.

Helping to tackle the problems faced

The idea of Thermarestor came about because there was not a low cost and accessible product on the market which could alert a third party to the problem of excessive, but pre-ignition heat in electrical locations.

Anything that uses electricity as a source of supply has the potential to cause a fire. In the UK alone there are approximately 25,000 fires of an electrical origin each year – and the issue isn’t just confined to the UK.

The major cause of fires involving fixed wire installations is localised resistive heating – loose, poorly made and oxidised electrical connections generates excessive heat, often confined to a relatively small area. If the heating process continues unnoticed over a period of time, Thermal Runaway can occur, whereby the heat generated cannot be dissipated, resulting in temperatures exceeding 1300˚C, hot enough to ignite any adjacent combustible materials. Prolonged electrical overload can have a similar effect, especially in relation to electrical intakes.

Unfortunately, existing circuit devices such as MCBs and RCDs offer no protection, as they are unable to detect heat generated at the points of connection. Similarly, regularly inspecting and testing the electrical installation (an EICR in the UK) does not necessarily provide protection, because it is primarily concerned with determining if the installation is electrically safe for continued use, rather than focusing upon the risk of an electrical fire. Given the recommended interval between inspections – and the fact that only a sample of the connected accessories, such as sockets, are routinely inspected – a resistive heating fault can easily develop unnoticed.

Thermal imaging surveys using infrared cameras to detect ‘hotspots’ is another means of assessing the health of an electrical installation. However, the usefulness of such a survey is dependent upon all electrical loads being present at the time of inspection, as the survey only records a snapshot at that moment in time when the camera passes over the connection point.

As a pre-ignition solution to the problem, Thermarestor represents a step change in fire safety. The majority of fire safety measures are post-ignition and seek to contain the effects of a fire. Thermarestor prevents such fires from happening in the first place. Key features of the system are as follows:

Thermarestor is important because it facilitates the sending of an alert to a third party prior to ignition, whereas most detection systems are post ignition. That is not to say that post ignition measures lack credibility, but if there is an opportunity to turn a potential fire into a maintenance issue, then this must be a good path to tread. The device thereby builds further fire safety into the whole dynamic by providing this predictive function.

The device is also important because it could provide the ‘missing link’ in the IOT dynamic, insofar that it can send early warning of developing problems to nominated individuals prior to ignition.

A case in point – Chester Cathedral

“Thermarestor is aimed at early warning of abnormal build-up of heat within the distribution board; before any resultant arcing may cause an AFDD (Arc Fault Detection Device) or other safety measures to operate [if installed].

As a pre-ignition solution to the problem of fire, it represents a step change in fire safety. The vast majority of fire safety measures are post-ignition and seek to contain the effects of a fire. Thermarestor can possibly prevent such fires from happening in the first place.

We have all read of devastating fires where the Fire Report carried out highlighted the ‘Resistance Heating Fault’ within a distribution board as the possible cause.

Thermarestor sends a notification text to any number of ‘users’ when things are ‘warming up’ in the distribution board.”

As such Thermarestor will strengthen the fire prevention dynamic at Chester Cathedral, thereby reducing the fire risk to this important heritage structure.

A raft of new threats?

Whilst the device has to date been used in a ‘traditional’ sense already outlined, there are new sectors which are now being scoped. In particular, within the PV Solar industry, where the protection of SCBs (String Combiner Boxes) and Inverters is a moot point. Also, given that in a domestic scenario, the solar arrays are often located on roofs or adjacent to human habitation, Thermarestor can further strengthen fire safety. Furthermore in the case of solar farms, then predictive maintenance in the manner outlined can ensure business continuity in terms of the sustained generation of power.

At present, the media coverage for Lithium-ion battery related fires is taking off; as it becomes clear the problem is only getting more serious.

The current ‘solutions’ seem to concentrate on better battery quality/BMSs and Lithium-Ion battery fire management. These foci are crucial, of course, but this does not reflect the whole problem faced. Improved & more rigorous standards for Lithium-Ion batteries must be the aim – but this does not account for human error, battery damage (which is often ‘unseen’) and conditions in the real world – which are not always recorded in a book of standards/guidance.

Moreover, the Lithium-Ion battery industry is being investigated – for instance with charge/storage boxes for these batteries. We firmly believe that there is so much more that the device can do to help prevent the harmful effects of a Lithium-Ion battery ignition – and if not to actually prevent it – to provide a valuable warning that something is going wrong.

Thermarestor is also currently investigating the scope for potential with EVs in particular, as well as with battery charge/storage boxes.

Other areas where the device should make a contribution to the reduction in the frequency of incendive incidents include:

(Thermarestor’s application is broadening organically due to the demand from certain sectors, but the business is always interested to hear from those keen to develop delivery mechanisms for the above)

How to stop your trousers falling down…

A useful analogy which helps demonstrate Thermarestor’s role is that it helps your trousers stay where they are: safe, secure, also comfortable – and NOT around your ankles! Perhaps think of Thermarestor as the ‘belt’ – with a fire tackling approach providing the ‘braces’. Well placed, the ‘belt’ could cut out a good proportion of these potential electrical fires (appropriate preventative or avoiding action being taken) and those which evolved onto the ignition phase – perhaps not electrically caused at all – could be tackled by a range of existing means.

In terms of emphasis, the Fire Safety industry can sometimes appear to concentrate more on detecting and dealing with an existing fire than with its prevention. There are complicated reasons for this, but Thermarestor should help contribute towards righting this balance, so that more attention is given to trying to ensure that the fire does not start in the first place.

A predictive solution for potential fires with an electrical cause is written by Matthew McKaig, Director of Communications at Thermarestor