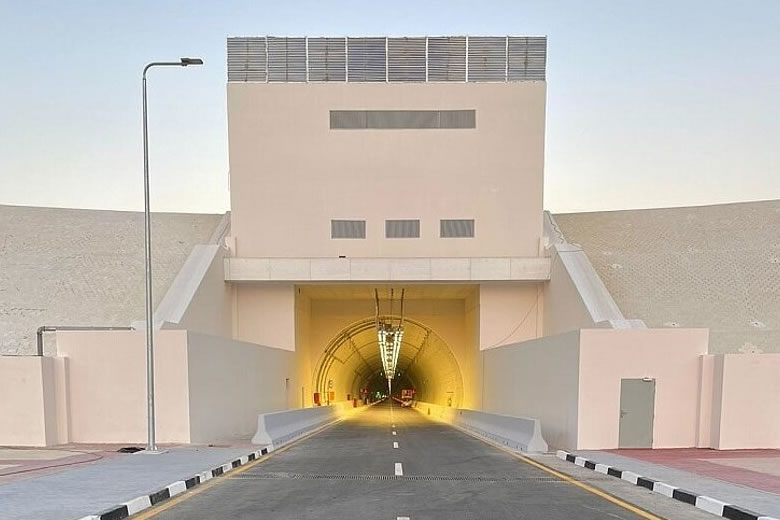 Egypt has made great efforts in terms of infrastructure expansion in recent years. Several new tunnels under the Suez Canal connect the Sinai Peninsula with the African mainland. A number of fire detection systems from Securiton provide reliable, effective protection in the new Ahmed-Hamdi Road Tunnel II and associated infrastructure.

September 2021 saw Egyptian President Abdel Fattah Al-Sisi inaugurate the Ahmed Hamdi Tunnel II, a road tunnel running under the Suez Canal. The Ahmed-Hamdi Tunnel II represents yet another link between Africa and Asia: the 4.25 km long two-lane tunnel, which runs parallel to the Ahmed Hamdi Tunnel I, which has been in existence since the 1980s, connects the Sinai Peninsula with the city of Suez. This latest canal underpass is the sixth link between the eastern and western Suez Canal region, five of which have only been completed in the last two years. Before that, the Ahmed Hamdi Tunnel I was the only way of getting from one side of the canal to the other underground without taking a ferry: ferries have linked the Sinai and the African mainland since the opening of the Suez Canal in 1869. In addition, a high road bridge over the canal was inaugurated in 2001.

The Egyptian authorities place their trust in the tried-and-tested line-type heat detection system for tunnels and industrial facilities. Deployed around the world, it was developed by Listec GmbH, which is part of the Swiss Securitas Group. The installation was implemented in partnership with local Securiton partner Deutschland Technology.