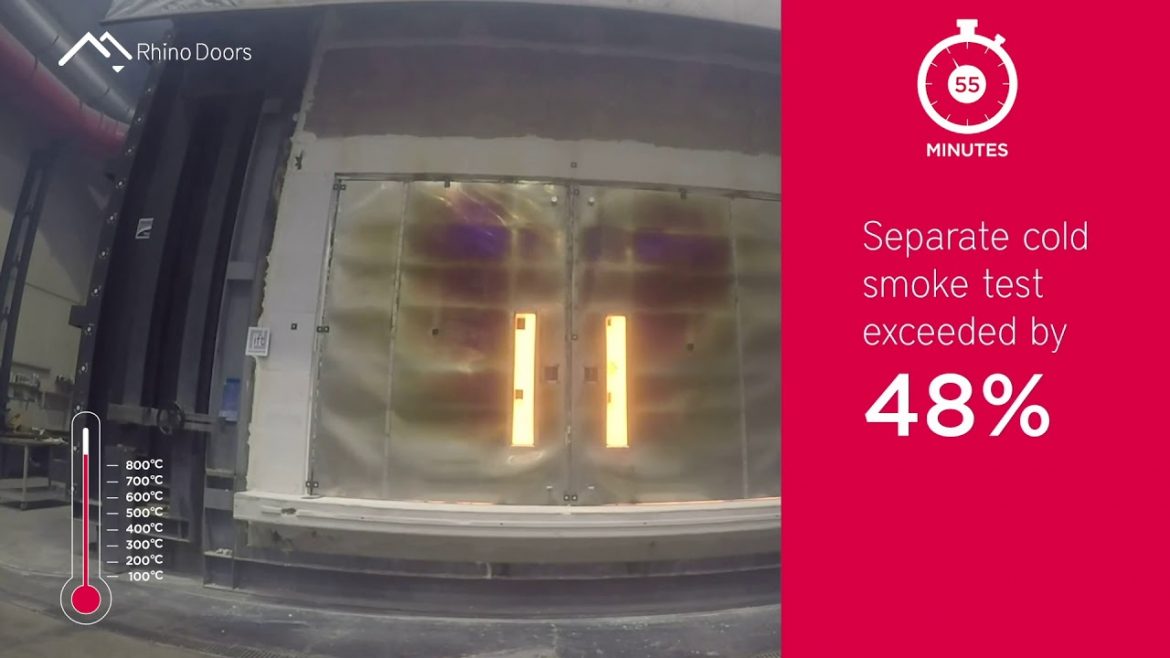 Rhino Doors, the UK’s leading designer and manufacturer of bespoke and CPNI-rated engineered doors, put the oversized latchless door, designed to achieve a 60-minute integrity rating, to the test.

The test was carried out in Germany because there is not currently a test furnace big enough in the UK, and Rhino’s DDA compliant fire door exceeded expectations by achieving significant overruns on both duration and in a separate cold smoke test.

These oversized doors are specifically designed to ensure that the door does not lock shut but successfully stays shut in the event of a fire. However, the doors have been designed with the public in mind – meaning that they are easily opened by everyone when evacuating an area.

Stuart Lawrence, Managing Director of Rhino Doors, said: “At Rhino Doors we always strive to do things better, so we are really pleased to see a door of this size have such a successful test.

“This test holds significant importance, not only for innovation, but also for the future of testing and compliance at Rhino Doors.”

The test came to an end after one hour and forty-five minutes when the test facility limits were exceeded.