Measures to protect the elderly from house fires 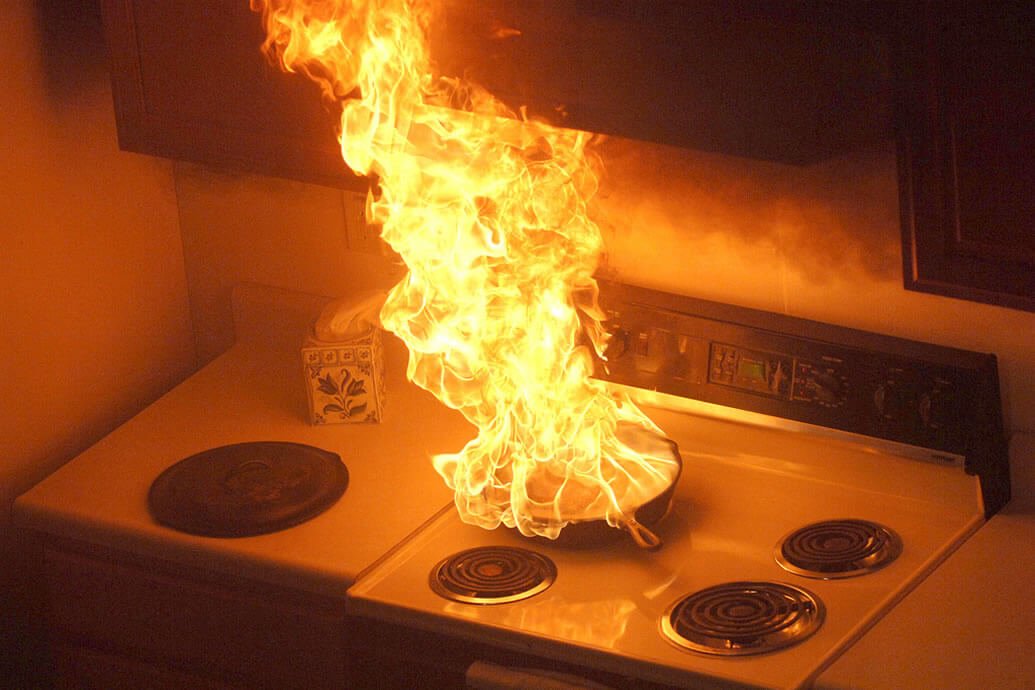 Did you know that if you are over seventy years old, then you are four times more likely to die at home than the rest of the population? The elderly will continue to be at risk of dying in house fires without innovative thinking on the fire prevention front. It is a shuddering thought that half of all women who die in house fires are 70 or older.

This is what SINTEF Norwegian Fire Laboratories found, among other things, in their results. They identify measures that could reduce the number of house fires, in particular those originating from an electrical source. This is the most common cause of fires in Norway.

What we can also learn from this report is how we and society as a whole can improve fire safety for elderly people who live at home.

Shocking figures speak for themselves. Between 44 and 58 people have died every year in house fires for the past seven years in Norway.

The situation is becoming more of a concern today, and will be an increasing public health issue into the future. This is because the number of people aged 67 and over will more than double between now and 2050. Furthermore, elderly people will be more likely to live in their own homes in the future.

“On average, 18 persons more than 70 years old die in house fires every year in Norway. Unless we launch a fire protection campaign, the average number of deaths a year will rise to about 38 by 2050”, Aamnes Mostue reports.

What the report shows is that introducing more fire protection measures would be cost-beneficial for society when the financial savings in terms of lives saved, fewer personal injuries and reduced material damage are taken into account. More frequent inspections of electrical installations would be included as a key measure that could be put into effect in all households.

The report also claims that if a simple kitchen stove alarm was installed in every home, they would save three to six lives a year. The social benefits could be quite significant just by taking action in the home.

According to Aamnes Mostue, a requirement to install such alarms is not very realistic, since it is likely that safety devices to prevent pots from boiling dry will probably be built into electric cookers within a few years.

“However, until devices of this type arrive, the alarm is a sensible fire prevention measure, especially for elderly people. For those who do not understand alarm signals, an automatic “stove guard” would be better. These cut the power supply to the stove when a pan boils dry. If you have elderly or confused family members, stove guards are an inexpensive form of life insurance, even though they are still so expensive that it does not pay in social terms to require them in all homes”, she says.

It is a fact that most house fires in Norway are caused by kitchen stoves, cooking plates and similar electrical appliances. A hefty 20 percent of fires of known origin start with such equipment. According to Aamnes Mostue, most of these fires are caused by pots boiling dry.

“So far, we have no evidence to suggest that old people are responsible for more “boil dry” fires than younger people. But if we can prevent fires from starting with the aid of stove alarms and stove guards, this would be particularly valuable for older people, because they may not be able to save themselves once a fire has started”, she says.

The social-economic results of many fire prevention measures would be improved by focusing on high-risk groups such as elderly people, as is pointed out in the report.

The report demonstrates that automatic extinguishing systems are close to being socially worthwhile if they are installed in houses where old people and people with reduced functional abilities live.

Easily installed portable automatic extinguishing systems could be one solution in ordinary homes in which old people live, according to Aamnes Mostue. At the same time, she emphasises that it is difficult in practice to link such measures with age.

With a rise in the number of elderly people, it will be necessary to coordinate all requirements that regulate building design, technical aids, home care and organisational measures, including assistance from the fire and rescue services.

“Current emergency services are not adequate for rescue operations in housing blocks in which 80 percent of the residents may be more than 70 years old. In many cases, the fire brigade would face major problems if they needed to rescue more than one or two persons with reduced mobility by ladder”, Bodil Aamnes Mostue says.

Taken from an article by SINTEF, the largest independent research organisation in Scandinavia.