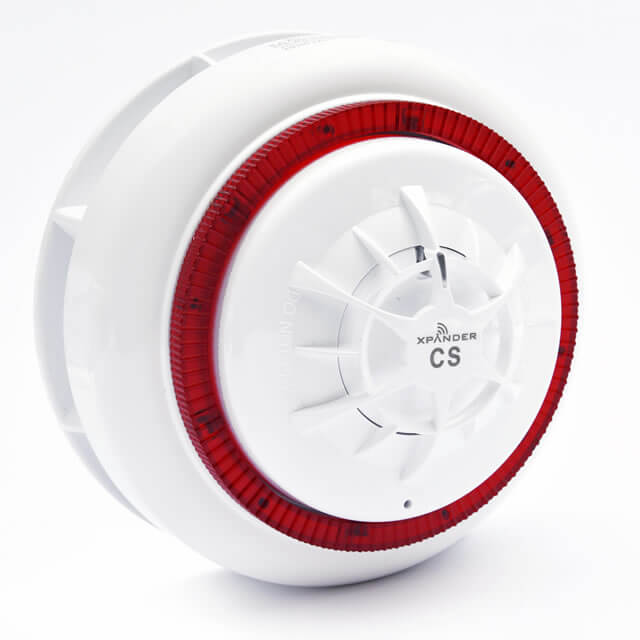 The XPander CS Heat Detector with Sounder Base is part of the XPander range, Apollo’s wireless intelligent fire detector range, designed for use in buildings and structures where electrical wiring installations are restricted or difficult.

Sometimes this is due to the architecturally sensitive nature of buildings (such as listed buildings and stately homes that were not designed for the modern age), but there are other instances where the design of modern buildings does not lend itself to cable installations. This predicament also extends to open air sites and temporary structures which are not suitable for normal wired systems.

XPander provides a solution wirelessly through a network of individual detectors, call points, alarm devices and interfaces which communicate with the Apollo addressable loop using radio signals. An interface is connected to the loop just like any other device, such as an input/output unit.

Every XPander product is assigned an address which is recognised by the fire control panel in the same way as the address of any hard-wired device.