Home Building Fire Protection What is the true cost when a business is forced to close due to fire?

What is the true cost when a business is forced to close due to fire? 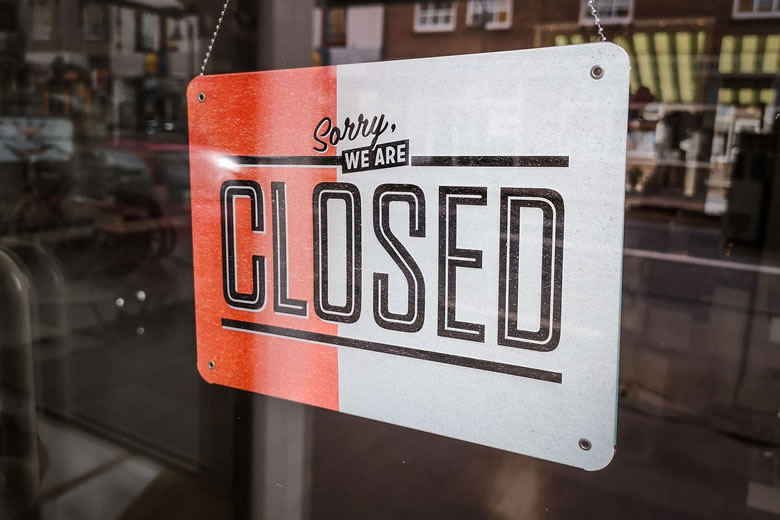 What is the true cost when a business is forced to close due to fire?

At a time of rising production costs, high energy bills and dwindling cash reserves, many businesses are facing an uphill battle when it comes to staying afloat in such challenging economic times. But what happens when those very same businesses are hit by fire, one of the primary causes of business interruption? How does fire impact businesses and their staff and what is the true cost to local community and economy?

It is not uncommon for private businesses to go into receivership following a major fire. Small businesses and some medium-sized ones find it impossible to recover from the effect of a blaze; and evidence shows larger businesses often choose to consolidate operations in other sites following the loss of a site to fire.

Fire’s devastating, long-term impact was apparent following a major incident when fire engulfed and completely destroyed an unsprinklered plastics factory in Hessle, East Yorkshire. The destructive blaze consumed about 300 tonnes of rigid plastic and required a multi-agency response to the plant which is nestled amongst residential properties.

The fire on November 24th, 2021, required 150 firefighters, 10 appliances and specialist equipment including aerial ladder platforms and high-volume pumps from Humberside Fire and Rescue Service to tackle the blaze at Bridgewood UK’s plastic products factory near Hull. Local residents reported hearing explosions and the fire sent plumes of toxic black smoke above Hull and across the River Humber.

While staff escaped the blaze unharmed, the impact on the local community and environment was significant with local road closures, residents forced to evacuate their homes due to harmful smoke and a number of measures employed to minimise the impact of pollution to the local environment. Whilst the disposal of the destroyed 8-10,000m2 building will cause adverse environmental impact, the materials and resources required to repair and rebuild it would have seen significant financial costs.

Ten days after the fire, 120 staff employed at the factory were laid off due to the closure of the factory and the fact the business could no longer trade. The lack of trading has led the business into voluntary liquidation this year.

This is not a unique story a blaze at Total Polyfilm, a plastics manufacturer similar to Bridgewood, in 2016 held a similar outcome. The business failed to fully-recover from the devastating blaze, which took place at the firm’s plastic film factory in Bamber Bridge, near Preston. The building was subsequently rebuilt as they continued operations from a sister facility in Brighouse. However, the drop in clients following the fire and struggles to recover saw the business enter into administration in 2019 with the loss of over 200 jobs across both the Bamber Bridge and Brighouse sites.

The uncertainty, loss of jobs and subsequent closure of these two plastic manufacturers are heartbreaking but we know there are wider impacts. A similar parallel is the closure of Glasgow’s historic McVities biscuit factory in October 2022, a business that first opened in 1925. In this case, fire was not a factor but instead the decision to shut down was to protect ‘the long-term sustainability’ of the business.

A significant amount of press coverage was generated due to the decision to close the factory and relocate production lines to facilities in England. What’s interesting to note is the impact; the Glasgow closure cost double the number of jobs first reported and will cost the Scottish economy £50 million a year. Research found that 470 workers at the factory had lost their jobs and the ripple effect of the closure meant another 400 jobs were lost further down the supply chain. The loss will also be felt in Glasgow’s East End community at a time when the cost-of-living crisis shows no signs of abating.

Whilst the McVities’ closure generated the headlines, there are many fires in the business sector that are reported but it is often unclear what will happen to the business long after the fire has been extinguished. A business might have gone up in flames but the longer-term impact on staff, the community and the economy doesn’t often receive the column inches they deserve.

Fires start in businesses across the country every day and the costs to UK PLC, to both private enterprise and the public purse, continue to rise. It is the leading cause of commercial property loss, with the Association of British Insurers (ABI) noting UK businesses with fire property claims of £940 million in 2018 as a result of fire.

This figure is what was covered by insurance and not everything lost in a fire will be. These fires are the cause of significant economic, environmental and community costs which are ultimately borne by the taxpayer and go far beyond the measurable costs and impacts on individual businesses and insured costs.

Preventing large costly fires is possible through a combination of strategies. One of the most effective methods is the use of sprinkler systems which contain and control fires before the Fire and Rescue Service arrives. They therefore minimise the wider impact of unmanageable fires, reducing costs to business and the economy as a whole. Importantly, by limiting any fire damage, they allow businesses to resume operations quickly, often within hours of the incident.

Written by Tom Roche, Secretary of the Business Sprinkler Alliance

For more information about the BSA visit the www.business-sprinkler-alliance.org