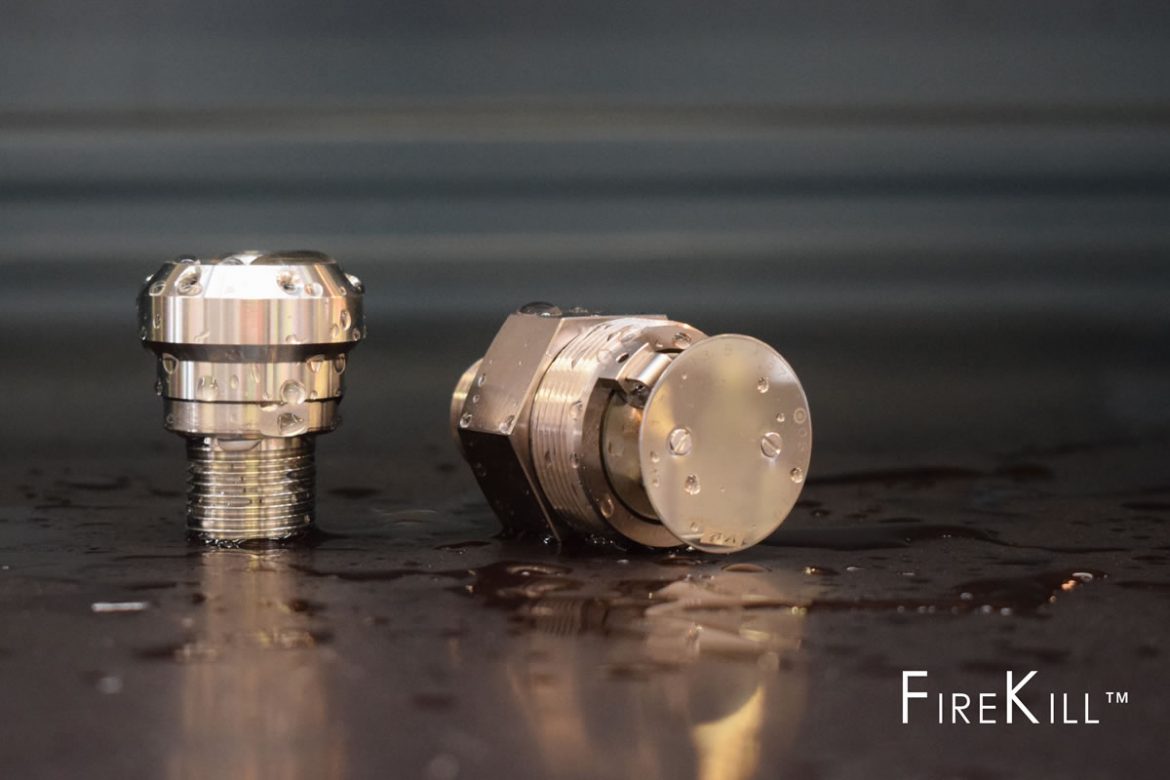 A bit more than three decades ago, the watermist technology started to gain awareness in the world of fire safety. In the 1980s, the Montreal Protocol stipulated the phasing-out of halon. Watermist filled the gap when this chemical, which was – amongst others – used as a fire suppression agent, was banned. Then, some new established manufacturers – like Ultrafog and Marioff (both members of the International Water Mist Association IWMA) – took a bold step forward onto the stage of fire protection.

Question (1): Dean, what can you tell us about the development of the watermist technology since the late 1980s, early 1990s?

The main changes in watermist technology from these times is that the industry has grown to a point where the technology and advantages of the technology, have become attractive to not just the marine industry, where it mainly developed to become established with test protocols to back it up, but to the land-based market of the built environment.

Up to date now, the land-based industry has test protocols and standards the same as the marine industry that stand on their own.

There are also third-party accreditation schemes available for installers to bring the industry in line with other fire suppression disciplines.

In all relatively new industries, there are growing pains. Sprinklers suffered the same as watermist, or the car, aircraft, building industries and similar. All growing industries attract chancers, gold prospectors, and less than honest people.

As the industry has matured and the wider related industry has started to understand the technology and the key points to look for, in a quality insurable watermist system from manufacturer to installer, barriers are appearing to reduce the chances of sub-standard manufacturers and installers being successful.

Due diligence is always required when selecting any suppression system including watermist, and the information is there to help prospective buyers to weed out sub-standard manufacturers and installers.

Question (2): How would you assess the position of watermist compared to sprinkler systems in current times?

I would assess the position of watermist as a viable alternative to sprinkler systems in all applications where there is an acceptable test protocol in place.
As long as the watermist system is approved for the application, is fully tested, has third party approval, and has full component testing and has been installed correctly, then it should be considered as an equally acceptable technology, in the eyes of the authority having jurisdiction (AHJ).

It is then up to the stakeholders of a project to decide on which technology best fits their aims and requirements.

Question (3): Are there any applications that sprinkler systems can cover but watermist systems cannot?

Yes, there are at this time. Wherever there is not an acceptable test protocol it would be difficult to justify the installation of a watermist system. However, the gap between the technologies in terms of applications, grows smaller over time as with any technological development.

Advances are made in the built environment, and new hazards are discovered that challenge both sprinkler and watermist technologies. New test protocols are developed to address these new hazards, and watermist will be full-scale tested as is required for an approval.

Question (4): There is this ongoing discussion on equivalency, but can sprinkler and watermist systems actually be compared?

What is better means different things depending on the agenda. Was it to use less water? Was it to cool faster and similar goals.

I do believe that when the watermist system is shown as clearly performing better, it should be clearly shown in the report.

This helps decision makers and should also help the suppression industry understand how water systems can be optimised.

This would also help overcome the growing trend and practice in the UK of related building design standards and regulations committees omitting information on watermist systems in figures and tables that allow designers and AHJs to choose from a menu of technologies suitable for a particular scenario / application.

Once these publications are in force, it can be many years before they are reviewed. As we all know, standards cannot keep up with innovation, or indeed with industry development. With equivalency data available decisions can be made. It must be noted that a fire test is only part of an approval so a fire test on its own should not be accepted in isolation. There must be quality systems, third party witnessing as a minimum and component test records before an equivalency decision can be made.

Question (5): Since the early days, would you say that watermist systems have reached – as far reliability and the number of applications is concerned – a position comparable to that of sprinkler systems or has watermist maybe even overtaken sprinkler systems?

I consider that a difficult question to answer, as the records of sprinkler systems go back much further than watermist.

What I would say is there are areas where watermist systems perform better and much more efficiently than sprinkler systems and vice versa. As time goes on, the gaps will close. I would hope that in the future the differences will become almost invisible, and we will talk about water-based suppression system under a single umbrella.

After all, the raison d’etre for engineers and designers is to innovate and go forward. Safely of course, and that is the reason there are test protocols and standards to work with.

Question (6): If yes, how would you underpin this statement?

Resources become scarce, so if we can use less power, less water, smaller pipe sizes etc. to give an equal or better performance, then that must be progressing.

Performance-based systems are going to be more expensive initially which should not be seen as a negative, as it only reflects the investment given to a component before it gets to market. The advantage of performance-based systems to me lies in the fact that it is full-scale tested, and that when a manufacturer full-scale tests, there have been many hours of pre-testing which allows the manufacturer to fine tune and to optimise the nozzle / system performance. To effectively suppress a fire may not need to use 5 millimetres of water per square metre. It could be 2 millimetres or similar. This will only be found out by full-scale testing. It may be found that 5 millimetres of water per square metre reduces the performance. These are things that are found in the test laboratories.

Question (8): Another difference is the amount of water that is used. It seems that many find it difficult to understand that less water can still do the job. So, what happens when smaller droplets are used to fight a fire?

The short answer to this is that many smaller droplets present a larger surface area to the flame front. This is an optimisation of water that gives a high cooling and physical performance advantage to watermist.

Different types of fires need different types of approaches. Some will need a bias towards small droplets when you need to primarily reduce oxygen, and some need larger droplets for physical penetration and wetting. Often a mixture of droplet sizes creates the best performance.

Question (9): If end customers approach watermist manufacturers for a project how can they be sure that they give the job to a real expert?

An expert does not always have all the answers, but an expert will know where to get the answers from. Openness and transparency are the sign of a good expert, and of a good manufacturer. If you have nothing to hide, then from my experience that is a good sign of an expert. An expert can also explain a subject so anybody can understand what he or she is saying without resorting to highly technical industry jargon. There is always a need for technical writing, but the ability to make it understandable is a skill.

Question (10): The first and also other parts of the European Standard EN 14972 are now published. What else needs to be done to overcome the remaining objections?

The adopted test protocols need to be published as soon as is possible, to enable the industry to concentrate on moving forward. It is not just the designers and installers that would benefit from this, but also the AHJs and other decision makers such as insurers. Once the base protocols are fully published, then the living document can grow just like all other standards. I have no doubt that the politics will always be there, and there will always be heated discussions and opinions that delay and cause confusion and grey areas. That is nothing different to normal life since time immemorial and cannot be seen as something peculiar to EN14972 or in fact the water-based fire suppression industry.