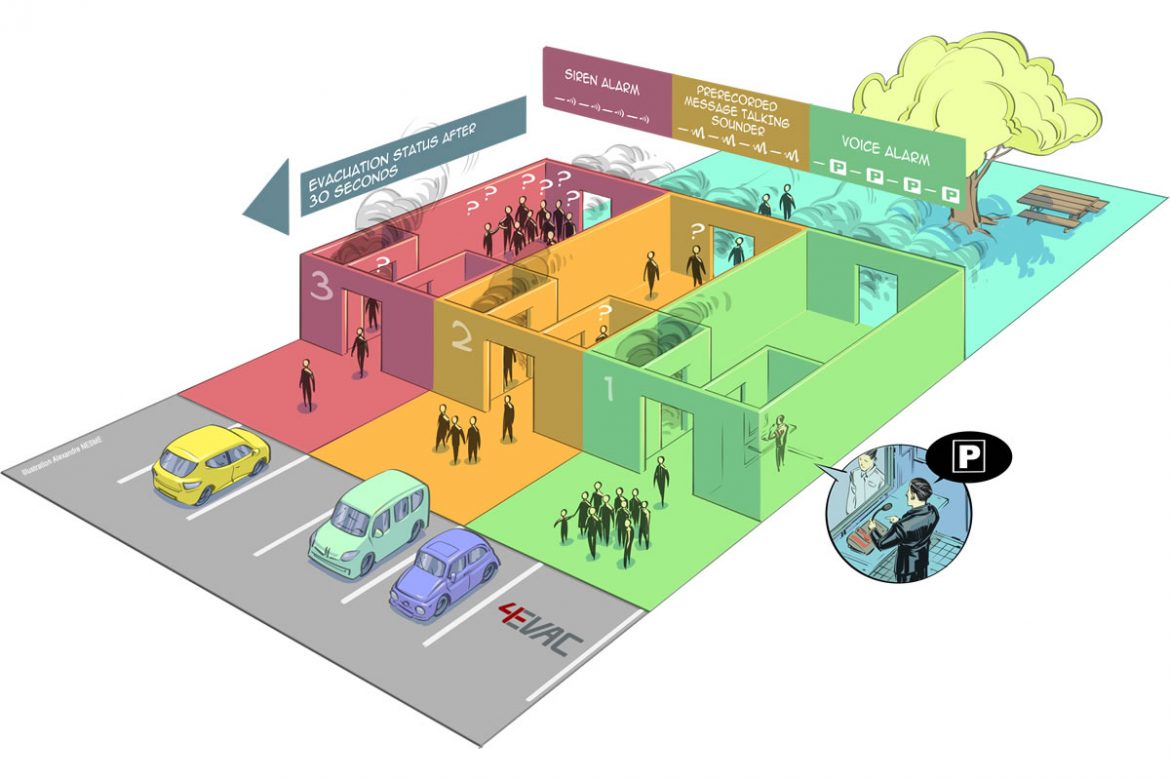 Voice alarm/voice evacuation (VA/VE) has become well-established over the last 25 years. Old-fashioned and frankly outmoded fire alarm systems based on bells have not been fully replaced but the concept of voice commands to instruct and direct people on how to leave a building or other area during an emergency is recognized as the most efficient and sensible way to do a critical, important job.

The technology behind these installations has developed and evolved over the years, taking advantage of advances in digital research to produce ever more sophisticated products. From what would now be regarded as relatively simple message storage and playout systems, VA/VE equipment has been expanded to include features for selecting and monitoring where announcements are made and the operation/performance of the system itself.

These increased and improved capabilities to monitor and manage sound-based evacuation systems have produced a new term in the installation business: VACIE (voice alarm control and indicating equipment). This accurately and succinctly describes what a modern VA/VE system has to deliver for safe and efficient management of an emergency situation. It has to give the operator the ability to select where messages are played by creating individual zones within the building, with a clear representation of this in the control centre.

Any building or enclosed area where people work or visit should have some form of alarm and evacuation system. Two major sectors are: offices and business premises, such as factories and industrial estates, where many people work but members of the general public rarely come; and public spaces, including museums, court and local government buildings, shopping centres, theatres, cinemas, sports stadia, airports, railway stations, department stores and hotels. There is also a renewed awareness of the need for similar emergency capabilities in residential apartment blocks following the tragic fire at Grenfell Tower in London.

Public buildings and areas are obvious places for VA/VE systems to be installed. But even though the staff in an office block or at a transport depot would have regular fire drills to ensure they know where emergency exits and safe gathering points are, voice-based systems should be the preferred method for evacuation rather than bells. Zoned messages can be used to direct people to the nearest exit and the safest place to wait until the incident is over. There is also the consideration that newer personnel will be less familiar with the routines and routes than their colleagues.

While these benefits are widely acknowledged today, there is still the misapprehension that VACIE systems are primarily for large installations. This is partly based on the equally specious belief the technology is overly sophisticated and expensive for smaller premises, as well as being complicated to install and operate.

The other aim was to demystify the whole subject of voice alaralarmse basic concept is very simple – using loudspeakers and pre-recorded or live announcements to tell people how to get to safety – but the predominance of installations based around rack rooms full of amplifiers and processors has clouded the issue. It has been further complicated by the thought that this hardware relies on complex software and operating systems to configure all the different aspects.

To dispel these misconceptions, 4EVAC has developed three main VACIE products based on the principle of ‘plug-and-play’. This brings down installation and operating costs considerably while at the same time still meeting the requirements of both installers and users.

You can meet and learn more from 4EVAC at Integrated Systems Europe, often referred to as ISE, is the largest AV systems integration show in the world.