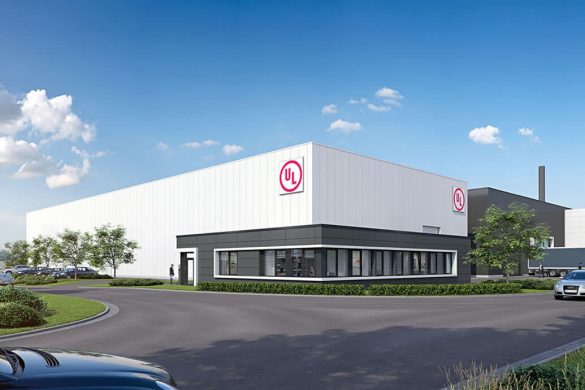 At the ceremonial opening conducted by deputy Bavarian Prime Minister and Bavarian State Minister for Economic Affairs, Media, Energy and Technology, Ilse Aigner, Rosenheim’s mayor, Gabriele Bauer, and the Consul for Trade, Eric Hunt, representing the US Embassy, were also in attendance. The politicians, the embassy representative and other invited guests were subsequently given a brief tour of the fire testing laboratory.

“The new laboratory offers companies the unique opportunity to certify the suitability of their products under both European and North American standards, in a single test procedure,” said Chris Hasbrook, VP and GM for Building and Life Safety Technologies at UL. “In this way, Germany will become the new European centre for the testing and certification of building products for global markets,” added Ingo Rübenach, VP Central, East and South Europe at UL.

Opening as part of a UL symposium on fire protection

The opening took place as part of a two-day symposium, “UL International Fire Safety & Building Science Symposium”. In it, UL experts and guest speakers spanning the fire safety industry in Europe and the US provided information on the latest developments in building and fire protection. During the symposium, talks and podium discussions were held by experts such as manufacturers, architects, planners, insurers, consultants and public officials.
UL is the global leader when it comes to fire protection. The conference, which is the first of its kind to be organized in Germany, is part of UL’s expansion in Europe. For nearly two decades, UL has been supporting manufacturers worldwide to help them access global markets more easily. Today, operating out of Europe, the company provides guidance to a large number of customers with global market presence. The success achieved so far in Europe prompted UL to increase its capacities in the area of fire testing and certification.

The new facility in Rosenheim offers a large number of test procedures which are used to test and certify the compliance of building products with fire protection regulations. The tests are carried out according to European, North American and other International test standards. Fire protection testing services at the new facility include, among other things, the testing of products and materials for flammability, fire propagation smoke protection and fire resistance.

Through collaboration and spatial proximity between UL and ift, manufacturers and system providers are given the option of having their products tested and certified at a single facility, quickly and easily, for Europe and the worldwide market.

More information on UL’s new fire safety laboratory can be found at UL.com/FireTestingEurope