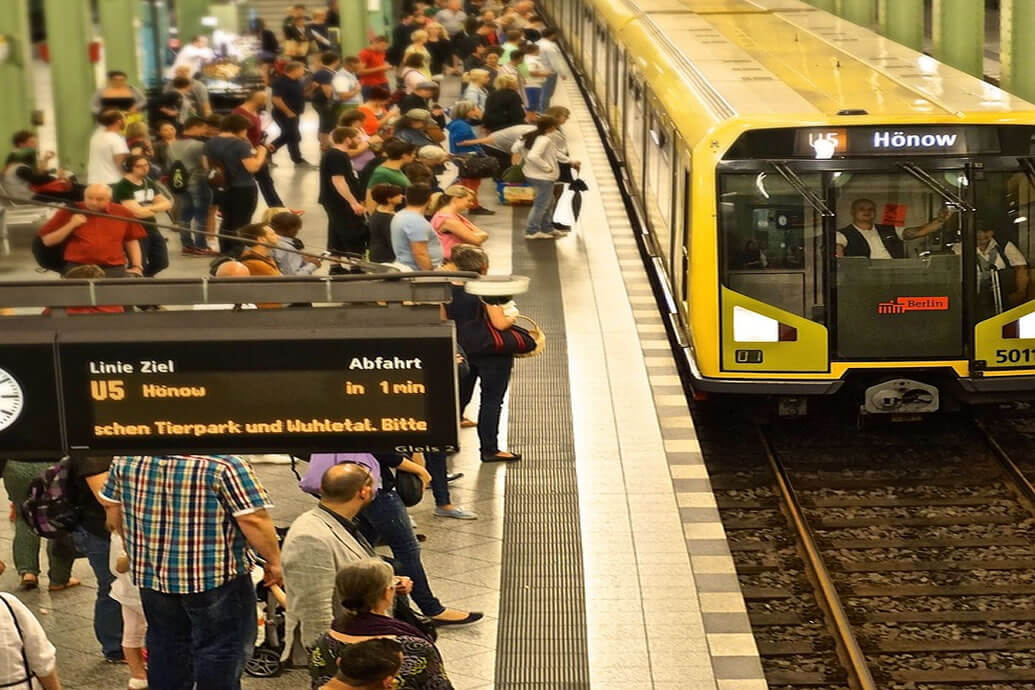 The Tyne  & Wear Metro system, widely considered the first modern light railway system in the UK, is being protected by intelligent fire systems from Advanced after the industry-leading manufacturer provided it with new fire alarm panels.

Nexus, the public body which owns and manages Metro, upgraded fire panels at 50 locations on the system, including 21 stations and at other key pieces of its infrastructure including relay rooms, vent shafts and other operational buildings.

Many of the busiest sub-surface Metro stations in the centre of Newcastle and Gateshead were part of the installation work, including Monument Metro station which is used by ten million passengers a year.

The project was part of the £389m Metro all change modernisation programme, which involves the refurbishment of Metro stations, trains, and other key infrastructure in an 11 year programme.

Advanced’s reputation for producing the highest quality fire systems has helped to achieve rapid expansion throughout the UK and worldwide.

The fire panels which have been installed on the Tyne & Wear Metro, which has the fastest passenger growth of any light rail system outside of London, are cutting edge MxPro 5 models, compatible with multiple external components and renowned for their quality, reliability and flexibility.

The contract for the installation was awarded to leading North East Electrical Contractor Veale Nixon, who selected The Dante Group to supply and commission the Fire Alarm Systems. As Advanced partners The Dante Group selected the MxPro 5 Panels. The MxPro 5 can be used in single loop, single panel format or easily configured into high speed, 200 panel networks covering huge areas and tens of thousands of field devices. The panels installed in the metro stations vary from two loop to four loop panels depending on the size station and report to a BMS/ Graphics systems via IP.

Neil Corney, Director of Dante Group, commented: “We have worked with Advanced on numerous projects in the past and zero hesitation in selecting an Advanced network for the installation on the Tyne & Wear Metro.  We needed a cutting edge system to protect a transport system that is used by thousands of people every day and the Advanced panels give the option to expand and enhance in the future.”

Advanced’s legendary ease of installation and configuration and wide peripheral range make it customisable to almost any application and it is found in challenging and prestigious sites around the world. The MxPro 5 panels installed at the Tyne & Wear Metro Stations are among Advanced’s best performing fire systems and one of the few available approved to EN54 Parts 2, 4 and 13.

Neil Parkin, Advanced’s sales manager for the North, said “Advanced is renowned as a leading fire systems manufacturer and MxPro 5 is our flagship product in the UK market. The Tyne and Wear Metro system is an excellent example of how our systems can be adapted to differing sizes and types of building, with installations ranging from small local station to the multi-platform subterranean interchange at Monument, in central Newcastle.”

Advanced is a world leader in the development and manufacture of intelligent fire systems. Its legendary performance, quality and ease-of-use sees its products used in prestigious and challenging locations all over the world, from single panel installations to large multi-site networks. Advanced products include complete fire detection systems, multi-protocol fire panels, extinguishing control and fire paging systems.

More details can be found on the website at www.advancedco.com.