Two Years on from Grenfell 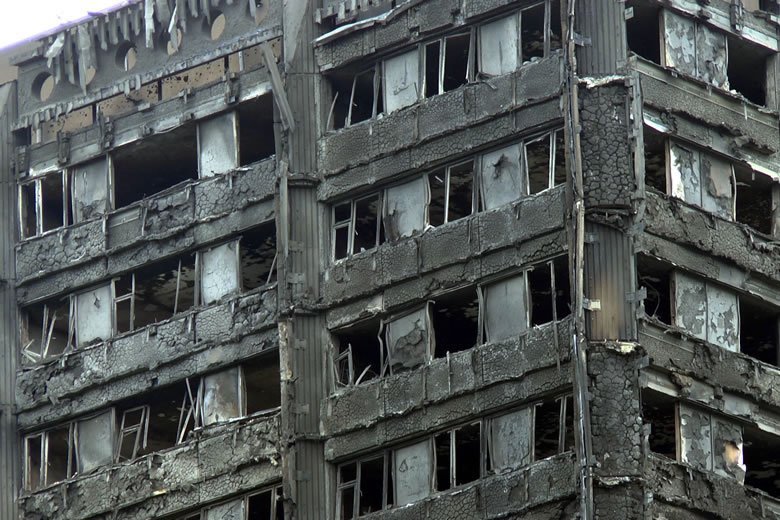 Two Years On from Grenfell approved Document B is the core Fire safety document underpinning our industry. Its full name is Approved Document B: Fire safety Volume 1 – Dwellinghouses 2006 edition incorporating 2007, 2010 and 2013 amendments Volume 2 – Buildings other than dwellinghouses 2006 edition incorporating 2007, 2010, 2013 and November 2018 amendments.

It accepts that Government is at the heart of Fire Safety in our country. Its arm of authority are the Fire Rescue Services (FRS) within which lies each Fire Engineering division and upon which it relies for oversight. But have we understood its implications?

To provide oversight FRS Fire Engineering divisions need the capacity and resource to understand the Certification process which industry works within and the Approvals which are its outcomes. We know that Grenfell proved its inadequacies.

Any building is the product of two branches: the construction and fire industries. Each see each other in unequal terms. Economically this has logic, with the former considerably outweighing the latter. But both are actually united by a statutory obligation to deliver a safe building. The role of Government is to ensure that buildings are safe.

Currently the Minister of Fire is often more occupied with the responsibility for the public service of the FRS than the private one of the fire industry. The fire industry though is responsible for 96% of all expenditure in UK fire, and naturally a focus of it is to ensure that its products, systems and services can be expeditiously and efficiently approved through the certification process.

The fire safety certifications process is in the hands of the private sector, comprising competing certification organisations and largely managed by personnel from the UK fire sector (UKFS). Certainty as to the primacy of British Standards has become diluted by attention being placed on European Standards. It is the role of the FRS Fire Engineering Groups to have oversight as to their implementation. Indeed, London Fire Brigade is a statutory consultee as part of the Building Regulations process and the enforcing authority for the Regulatory Reform (Fire Safety) Order in London, for instance, on behalf of the Ministry of Housing, Communities and Local Government (MHCLG).

Government believes in free market mechanisms to deliver efficient overcomes. But the only genuinely free markets that exist in the UK economy are illegal ones. All others have to be lawful. Proponents of the free market seek to exclude Government from involvement with it and Adam Smith is often quoted as justification that the public interest is best served by private individuals acting in their self-interest will synonymously benefit the public good. This has always been taken to triumph “unfettered” and thereby “un-regulated” free markets.

Free market thinkers enthusiastically quote Adam Smith’s The Wealth of Nations as justification, forgetting that this produced the Slave Trade 200 years ago and FTSE 100 CEO’s earning 178 times the average salary of their employees today. Adam Smith also wrote The Theory of Moral Sentiments which attributed the mediation of the unfettered economic behaviour to social and cultural values, norms, traditions and practices as the “hidden hand” of Government to mitigate the worst excesses of free markets. This is why Government exists and why Approved Document B requires the fullest engagement of it in legislative terms and the “arms” of Government, such as FRS Fire Engineering Groups to ensure that the private sector acts in its best moral aspect.

Are we “better” today than we were two years ago?
We have had public enquiries, consultations, expert panels, questions in Parliament and intense media scrutiny. We have seen genuine human tragedy. We have reeled from the consequences of it. And rightly so. For some of my colleagues in the UKFS their lifetime’s work has been called into question.

Who amongst us in our industry know our Fire Engineering Group in our FRS? Few amongst us have sat with the Minister to make our industry “better”. Fewer still know the names of the Parliamentarians who populate the All-Party Parliamentary Group Fire Rescue Safety. Only a handful of us know the names of more than two Chief Executives of our many fire industry Associations or the Editors of our fire safety publications. Let us change that. We can so easily. We are British and whilst we have many values one of them is the simple courtesy that creates the environment for our mutual improvement.

Our civil service is the “jewel in our Crown”. But it can only do so much if it has insufficient expertise to help Ministers and for that it needs greater “mass” to cover the increasingly-congested ground our ever more complex and intense world demands of it. London Fire Brigade’s Fire Engineering Group conducted 10,000 inspections and 16,000 audits a couple of years ago. To its great credit. But it and its counterparts across our country needs to do more. It too then needs to enlarge its “mass” so that it can.

Above all how many of us can “speak” with Government? Too many times Ministers and civil servants stand before us asking, “How can I help you?” Why are there always 2-3 from our industry in the room who respond to that with, “The trouble with you Minister, is you know nothing about business”. All the Minister asked was how to help us. Let the silent and courteous majority amongst our industry stand up the next time, thank the Minister for asking and ask, “This is our President Kennedy moment after Grenfell, Minister. How can we help you to make our society safer and better?”

One definition of a business is that it is “the sum of the individuals within it”. Is that not also a definition of our “one nation” too and does it not implicitly direct us to be mindful of the competing pressures that only together we can confront and overcome?

If we do not adjust our culture, learn to speak with each other in our industry, with Government and the arms of Government, our construction industry counterparts and for them to speak with us as equal partners, we will see another Grenfell or its equivalent at a mission-critical infrastructure such as a defence facility, power station or data centre. Let us ensure that it does not. Let us become the best in the next phase of our fine nation’s history and inspire the world as the leaders in fire safety engineering that we are capable of being.

Carl Stephen Patrick Hunter is a member of the Strategic Steering Group of the Joint Fire International Board, provided Written Evidence to the Grenfell Enquiry and given fire engineering guidance to DCLG, is the CEO of Coltraco Ultrasonics, a manufacturer operating in 108 countries and engaged in the monitoring of complex pressurised gaseous extinguishing systems. A Fellow of the Institute of Marine Engineering, a Decision-Making Panel Member of the Bank of England, a Department for International Trade Export Champion and Professor-in-Practice at Durham Business School.