The fire industry and world media unite at FIREX International 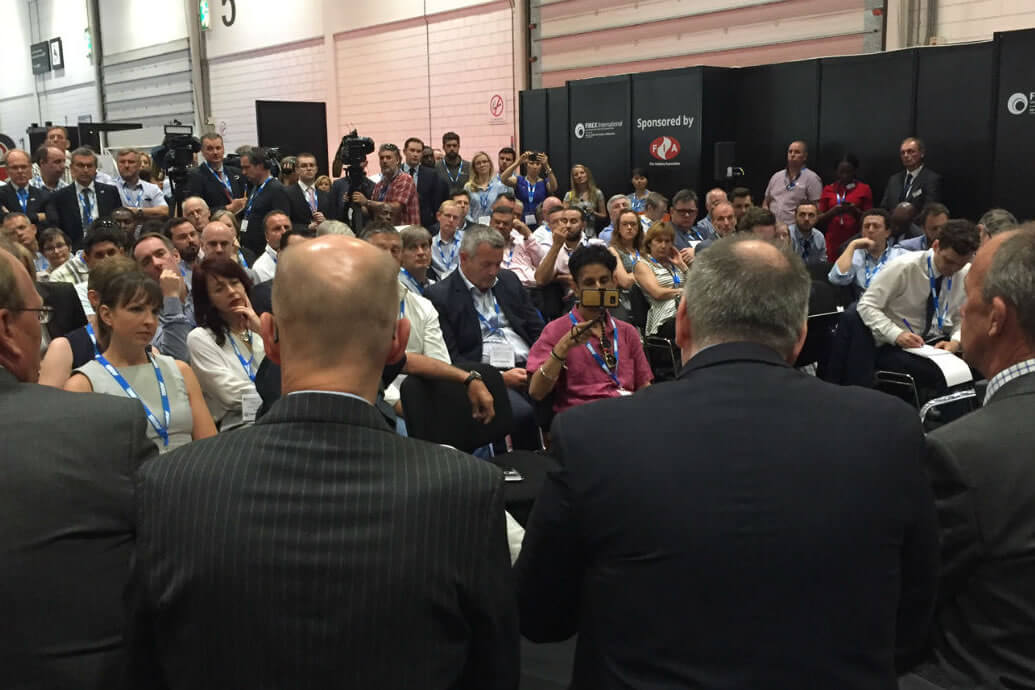 The fire industry and world media unite at FIREX International.  The emotionally charged event attracted 17,430 visitors and 129 exhibitors, representing 67 different countries.  The fire industry came together to meet, network and discuss the challenges facing their industry.

Conversations naturally centred on the Grenfell Tower tragedy of last month and what’s needed in order to drive change. The tragedy was also marked by a collection for the victims and tribute wall, as well as a series of seminar sessions on the topic.

Amongst the sessions covered was a panel debate between a panel of fire experts on the need for an overhaul of regulations following the tragedy. In an emotional debate, which began with a one-minute silence to commemorate the victims, Dennis Davis of the Fire Sector Federation (FSF) said the industry was ‘creating the legacy for the next 50 years’ following the Grenfell tower fire.

Gerry Dunphy, Brand Director for FIREX International, commented ‘Over the last few weeks, national fire safety has become a part of everyday conversations. FIREX provided an opportunity for the whole fire sector to congregate and reflect on the clear and present challenges the UK now faces and we’re grateful to everyone who participated’.

The Inspirational Speaker series returned as double Olympic gold medallist, Dame Kelly Holmes; Falklands War veteran, Simon Weston CBE and world renowned rugby referee, Nigel Owens MBE took to the stage. But the biggest crowd of the show was reserved for rock star physicist, Professor Brian Cox who took a packed the audience on a whistle-stop tour of the theories of the universe, including Einstein’s theory of relativity, and how that grew out of his own thinking on gravity and light.