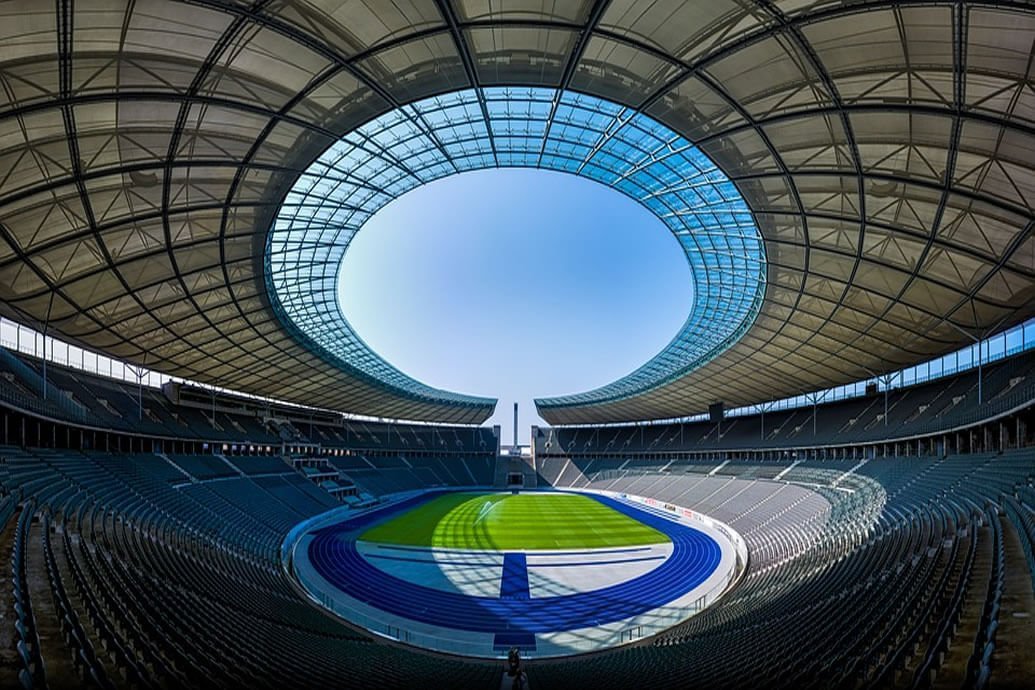 Stadium Fire Safety – It has been called “codifying by catastrophe” – how fire and other safety regulations have often come about because of tragedy.

In stadium design, the most awful example in the UK is the football disaster, which claimed the lives of 96 Liverpool fans in 1989. The so-called Hillsborough Disaster is testament to how poor crowd management and police control can so easily end in tragedy. The subsequent Taylor Report led to radical change, and the much safer stadiums we see today.

However, the real tragedy is that radical change had not been enacted sooner, for example, following the Ibrox Stadium disaster in Scotland in 1971, when 66 Glasgow Rangers fans were killed and over 200 injured in a crush on a stairway; or again at Ibrox, when a wooden terrace collapsed during an international game in 1902 killing 26 people.

Nowadays, major stadiums have crowd safety as their first design prerequisite; from entrances and exits that can cope with large numbers of patrons, to major incident plans (MIPs) to deal with any eventuality. Not least, modern stadiums are built with masses of concrete, steel and fire-rated glass to minimise the risks posed by fire.

But that too has come about because of tragedy, the worst fire disaster in the history of English football: the Bradford City fire in 1985 which killed 56 and injured some 265. Most likely caused by a dropped cigarette or match falling into a void area beneath one of the ground’s stands, it soon engulfed the whole structure, including the roof. Worse, people had to break down locked exits to escape. The subsequent Popplewell Report introduced new safety legislation for sports grounds across the country. However, while modern stadiums are very safe, fires do still occur. Towards the end of last year a potentially serious fire occurred at Arsenal’s Emirates Stadium in north London. It was took 20 firefighters to bring it under control.

The principal legislation relating to fire in major stadiums in the UK is the Regulatory Reform (Fire Safety) Order 2005. Under it, the club must plan, organise, control, monitor and review the necessary preventive and protective measures and record these arrangements in writing. In Scotland, the regulations are the Fire (Scotland) Act 2005, as amended, and the Fire Safety (Scotland) Regulations 2006.

UEFA (Union of European Football Associations) also offers guidance, making clear that “major lessons have been learned from the fire-related stadium disasters of the past.” It insists upon active measures, such as extinguishers and sprinkler systems and passive measures such as fire compartmentation and fire doors. It is these passive measures, with independent testing against both fire and smoke that has proved a decisive factor, underlining the highly-specialist nature and international context of the steel glazing market.

The main lesson for designers is not simply to build-in passive and active fire systems, but to look at the whole stadium or building’s capacity to withstand a fire. For the glazed components, that should mean analysing the level of containment the glass will provide and its compatibility with its framing systems. Those levels of containment are absolutely vital in a stadium, with very large numbers of people in a restricted area and who, in the event of a fire, may not always follow proper evacuation procedures. Evacuation models, based on engineering and computational tools, do not necessarily reflect the variable nature of human reaction.

Computer modelling and human behaviour diverge the moment the fire alarm sounds. The fire safety designers may assume that patrons will immediately head for a designated fire exit. However, human psychology is likely to delay any response because many people will assume it is a false alarm, or wait for further instruction from someone in a position of authority.

Further complicating matters is that people will generally finish what they are doing. If they are on a concourse buying food, they will often complete that purchase before deciding whether or not to evacuate. The most compelling example of this, although not stadium-related, was during the Kings Cross railway station fire in London in 1987, which killed 31 people.

In that tragedy, many passengers stepped over fire hoses to reach elevators taking them underground for their trains. That is what they were at Kings Cross to do, and a seemingly-innocuous fire was not going to stop them. In the retail sector, research suggests that people would rather first go to the check-out to purchase goods rather than immediately evacuate the building. More specific to stadiums, patrons will often seek to reunite with family members or friends. For example, if one family member is away from his or her seat when an alarm sounds – perhaps buying food on a concourse – they will often go back to their seat to find others in their party before making any decision to evacuate.

It adds up to a delayed flight time that the stadium’s design and evacuation procedures must address. In buildings research, as much as two-thirds of the time it takes people to exit a building after an alarm is start-up time – time wasted in looking for more information, or not taking the alarm seriously.

Stadiums do, of course, have the advantage of having PA systems and a scoreboard on which information can be posted. However, human psychology is also at work, and the passive fire measures employed in the stadium’s design must also factor in a delayed evacuation response. That is why modern steel glazing systems are so important, either for the exterior envelope of the stadium or for internal screens and fire doors. With advanced glazing systems able to provide up to 120 minutes of protection against the spread of fire, smoke or toxic gases, they have become an integral part of modern stadium design, giving people more than enough time to evacuate and protecting escape routes along the way. Those escape routes become more significant for the elderly, infirm or disabled who will typically need more time to evacuate.

However, one word of caution. In many instances, untested combinations of glass and frame are still being specified separately, despite the fact that, in a fire situation, the glass will only be as good as its framing system, and vice versa. Insisting on tested, and therefore proven, compatibility, and specifying it as a requirement of the tendering process, should be a matter of course.

Stadium design has come a long way in the past few decades, driven by new regulations to deliver a new generation of safer stadiums. But it is also a tragedy that it has taken catastrophe to make it happen.

For further information, go to www.wrightstyle.co.uk