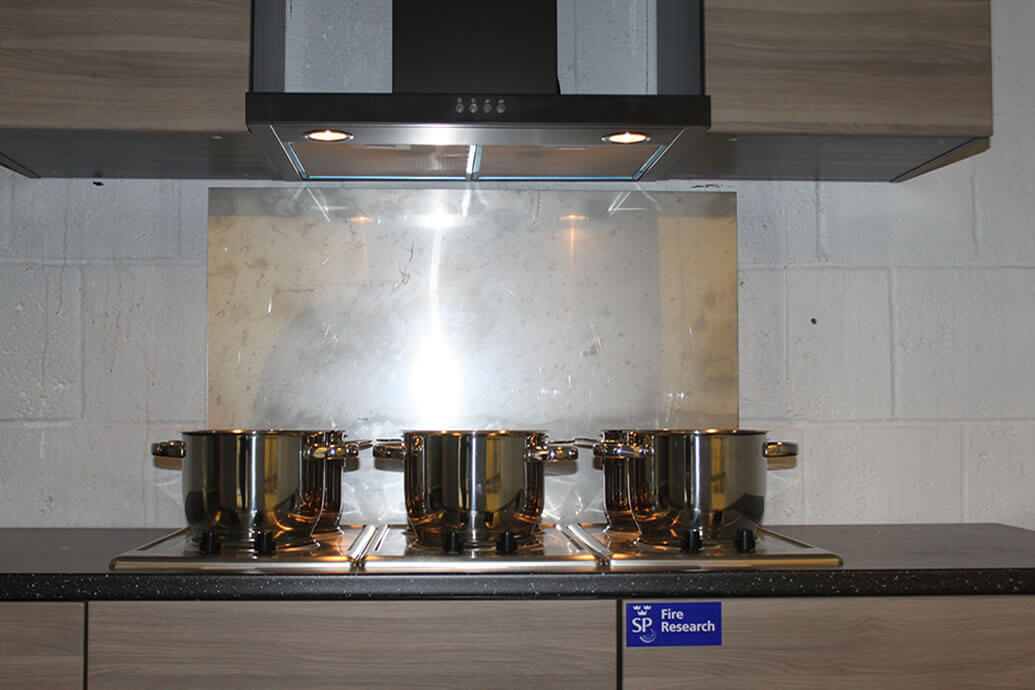 SP Fire Research offers testing of stove guards as cooking fires represent a major problem in many countries, and cause a large proportion of all residential fires. Indeed, some cooking methods, such as deep-frying and frying in oil, are more risky than others. Equipment to detect and prevent fires on the stove, so-called stove guards, can reduce the risk of fire significantly. In 2015 a European standard that describes the testing and classification of stove guards was published, and we now offer testing according to this standard.

In Norway almost 20% of all fires with known cause start during cooking. To reduce the number of such fires, a requirement for installation of equipment that shall prevent hazardous conditions on the stove in connection with new electrical installations in homes was introduced in the Norwegian standard NEK 400:2010 Electrical low voltage installations in 2010.

SP Fire Research examined the phenomenon of stove fires, and results from this project are presented in the report “Brann til middag. Undersøkelse av sikringstiltak mot branner på komfyr” from 2011 (in Norwegian). Various types of equipment that can prevent overheating of the stove were tested, and one of the conclusions was that there was a need for product development to make the future stove guards more reliable and accurate. In 2011, there were no requirements for how it should be documented that stove guards are working properly, but in March 2015 the European standard EN 50615: 2015 Particular Requirements for devices for fire prevention and suppression for electric hobs (cooktops) was published. In accordance with this standard stove guards are divided into three categories:

• category A, which should extinguish a potential fire and simultaneously turn off power to the stove

• category B, which will turn off the power when the temperature gets too high in the cooking vessel or frying pan

• category AB, which will turn off the power when the temperature gets too high, then extinguish if flame occurs

This standard represents a major step forward to document how and how well such fire protection equipment works, and is thus an important tool to increase fire safety in homes.

SP Fire Research in Trondheim has offered testing of stove guards since spring 2014. At that time there were no test standards available. We therefore performed tests based on the specification of requirements from the Swedish Hjälpmedelsinstitutet (the Swedish Institute of Assistive Technology), in addition to the draft version of the European standard EN 50615.

We aim to offer accredited testing according to EN 50615:2015 in 2016. Stove guards may be approved by the Norwegian Insurance Approval Board (FG), and installation of approved equipment will give the home owners discounts and benefits with regard to insurance premiums. To obtain an FG-approval of stove guards, the test laboratory has to be accredited for this method. However, laboratories accredited for fire testing in general will be accepted until 01/01/2017.

We can offer testing of stove guards covering up to 6 cooking plates. The stove guards can be mounted on the wall or on the ventilator. In addition, we also perform acoustic testing in accordance with EN 54-3 Fire detection and fire alarm systems- Part 3: Fire alarm devices – Sounders. This standard requires that the stove guard can give a warning sound corresponding to a sound pressure of at least 65 dB.

This article was featured on Brandposten and written by:

Main Image: From the test room for stove guards at SP Fire Research.