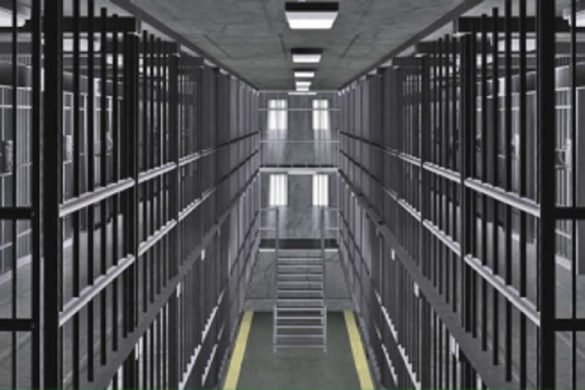 HMP Northumberland was originally two separate prisons, which were brought together in 2011. A SecuriRAS ASD aspirating smoke detection system is protecting the inmates and staff at one of the UK’s largest prisons. The category C prison, with its capacity for 1,348 male offenders, is Britain’s seventh largest jail and is located in Acklington, 15 miles north of Newcastle. As with any prison, the safety of inmates is a prime consideration and when Sodexo Justice Services – the private sector operator responsible for HMP Northumberland – decided to review the prison’s fire safety measures, they approached the Static Systems Group.

Static Systems has extensive experience in working with the Ministry of Justice and HMPPS (Her Majesty’s Prison and Probation Service) to provide communication and alarm systems to the Prison Service. Having evaluated the specific requirements of HMP Northumberland, Static recommended and installed Securiton SecuriRAS ASD aspirating smoke detectors, ordered from our local partner Patol. ASDs are widely used in custodial applications given that they present a number of challenges in terms of fire safety, including an increased fire risk from factors such as the potential for prisoners to smoke cigarettes in their cells or other parts of the facility, intentional lighting of clothing, bedding or rubbish by unruly inmates or faults with electronic equipment. Vandalism of conventional point detedors can also be an issue, with aspirating smoke detectors providing the opportunity to install the pipework out of reach of prison inmates but still allowing access to the detectors for maintenance by authorised personnel.

Precision and reliability are key focuses in the SecuriRAS technology – again both important factors in a custodial environment where keeping false alarms to a minimum is a prime consideration. A mix of ASD 531 and ASD 532 aspirating smoke detectors and the associated pipework were employed at HMP Northumberland. The ASD 531 is a one-channel detector for monitoring smaller premises, of­fering quick commissioning through configu­ration directly on the device rather than re­quiring a PC. The ASD 532 is also a one ­channel detector featuring a smoke-level in­dicator which offers a compact solution for small to medium-sized applications.