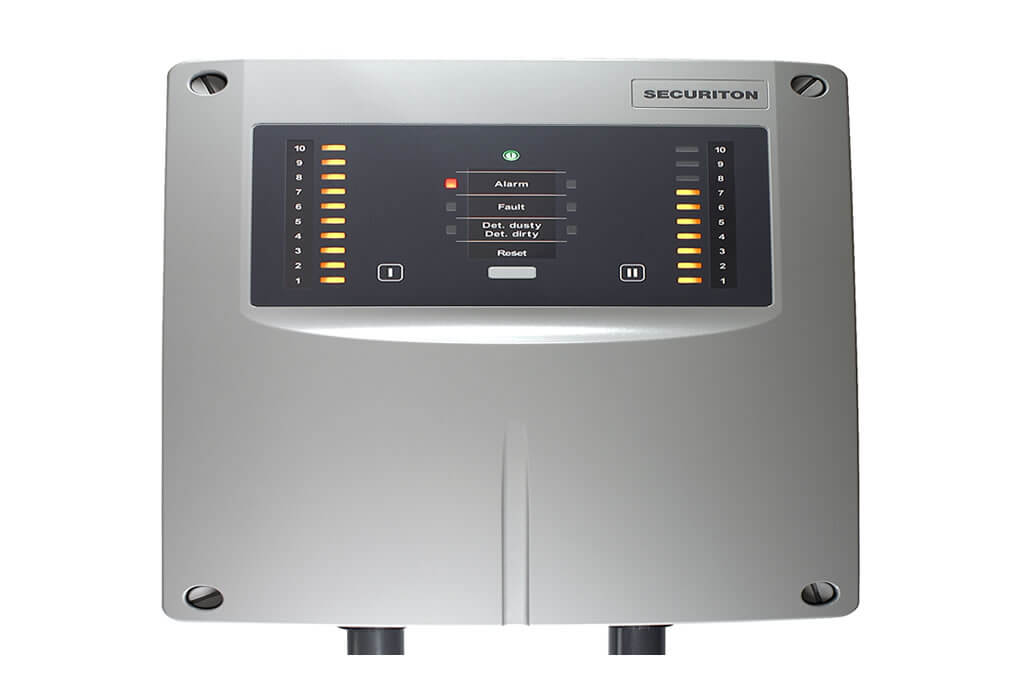 Over decades Securiton aspirating smoke detectors have been an essential part of fire detection whenever it has been a matter of detecting even the smallest volumes of smoke. The SecuriRAS ASD 535 from Securiton has now boosted its performance spectrum by the fact that it is guaranteed to operate reliably even under the most adverse conditions in terms of temperature, humidity and disruptive particles. Reference installations are currently running in the engine rooms of Swiss locomotives and at the CERN nuclear research centre in Geneva.

Up to 400 per cent more sampling holes per smoke sensor

Valuable practical experience has been gained over the past two years, specifically in high-bay and refrigerated warehouses, industrial plants, museums, airports and research centres. These largely positive findings combined with further hardware and software developments mean that the system limits have now been vastly expanded. Up to 120 sampling holes are now possible together with a maximum total tube network length of 400 m per smoke sensor.

All the formulae and parameters in the software package have been adapted to the new system limits and performance ratings. in planning terms that means that it’s all systems go – all the new benefits are now instantly available with the update. Features include ASD PipeFlow for calculating symmetrical and asymmetrical sampling tube networks and ASD Config for configuring and commissioning installed systems via PC and USB interface. All the configurations can be made on-screen at the click of a mouse, with the smoke concentrations and airflow values displayed graphically.

What’s more the SecuriRAS ASD 535 has also turned into something of a talented linguist overnight: The software currently features a total of 21 languages, making it even more attractive to export markets.

New networking possibilities mean even greater efficiency and reliability. For system integrators remote configuration in particular is a compelling argument for integrating ASD networking. Up to 250 detectors can be remote controlled from a central location, which can be a huge advantage with premises that are difficult to access or with extreme temperatures such as those in refrigerated warehouses. By contrast end customers appreciate the lightning-fast second-by-second data retrieval used to update the information from the entire network.

Same high level of reliability – but a huge leap in performance

Even though the system limits have been greatly expanded, the system still boasts generously rated contingency reserves and easily complies with all the approval criteria.