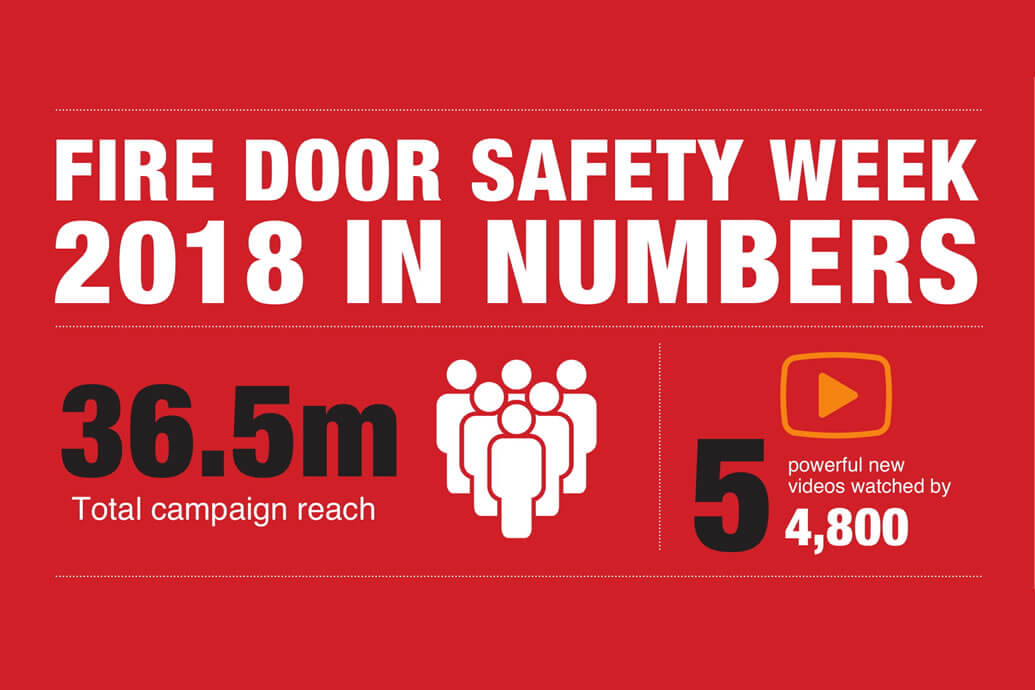 The week is run by the British Woodworking Federation (BWF), the Fire Door Alliance and the Fire Door Inspection Scheme, in partnership with the Home Office’s National Fire Safety campaign. It aims to stamp out the legacy of neglect of fire doors across the UK, while raising awareness of the crucial role that fire doors play in protecting lives.

This year’s campaign was particularly successful online, where the Fire Door Safety Week website traffic increased by 44% to nearly 30,000 visits to date. On Twitter, posts sharing vital campaign messages reached over 1.5 million users and the hashtag #FireDoorSafetyWeek achieved 500k impressions through impressive user engagement which resulted in more than 550 mentions and 1,000 retweets.

As part of the campaign, a poll of 1,000 UK adults in rented accommodation was conducted to highlight attitudes towards fire safety – and results demonstrated that there is still much more to do to ensure that standards within the industry are raised. The shocking responses showed that only a quarter of tenants have been reassured or had discussions with their landlord about fire safety in their building. With so little done to address the concerns of tenants, landlords still have a long way to go meet their fire safety responsibilities. In addition, almost three quarters of flat tenants would ignore the guidance to ‘stay put’ if there was a fire in their building and their particular flat was not affected, indicating a lack of confidence in their building’s ability to stop the spread of fire or smoke. 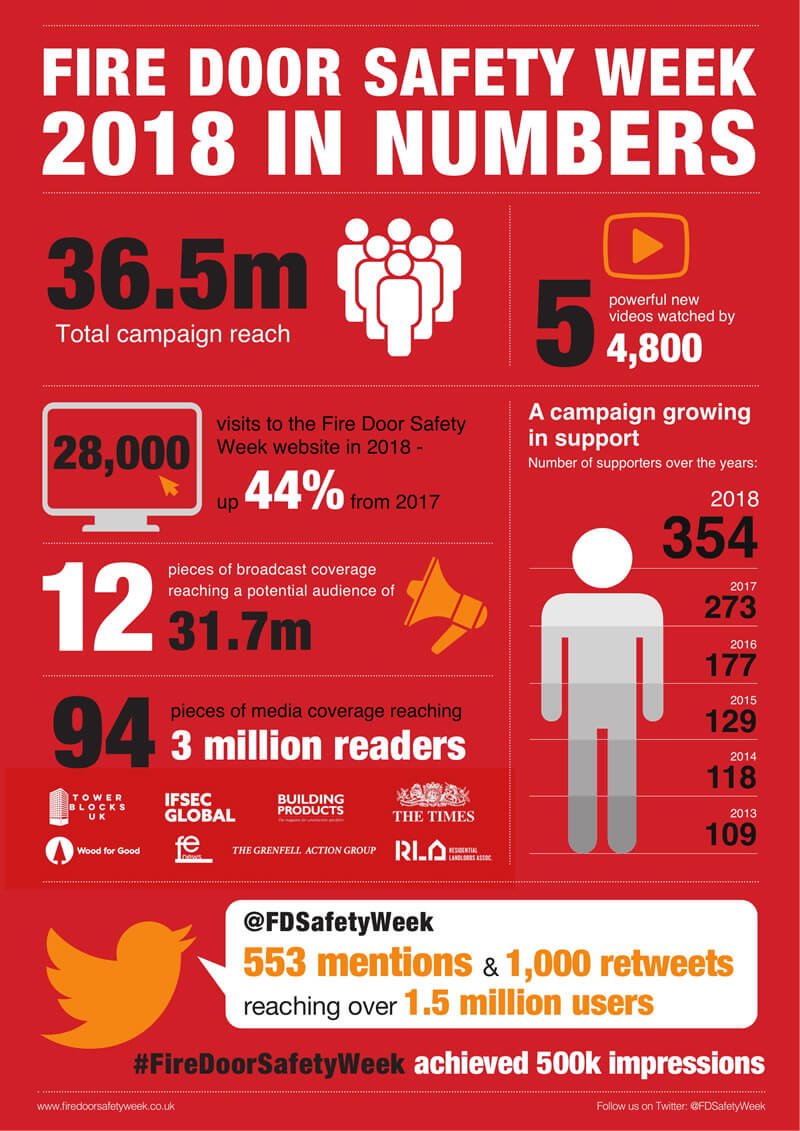 Supported widely by the media, the campaign has so far resulted in more than 90 national, regional and trade pieces of news coverage including an article on page two of The Times on the first day of the campaign. In addition, 12 radio interviews with campaign spokesperson Hannah Mansell reached a potential audience of 31.7 million through outlets including Sky News Radio.

A series of five powerful films formed part of the week, one of which was a tribute to the victims, survivors and bereaved of Grenfell. So far, the films achieved over 5,000 plays.

Hannah Mansell, spokesperson for the Fire Door Safety Week campaign, as well as BWF Head of Technical Research and Insight, Chair of the Passive Fire Protection Forum and a Trustee of the Children’s Burns Trust, said “This year’s campaign reached a new high. Gaining our largest number of supporters to date, it brought together supporters from the construction supply chain, housing associations, fire and rescue services, action groups as well as members of the public.

“But even with this year’s reach and engagement, it’s clear that our work is not done. It’s easy to see that fire doors remain an area of neglect across the UK, with poorly installed and maintained doors regularly reported to us.

“Fire doors play a critical role in protecting occupants and the emergency services in a fire. It’s disgraceful that such a low number of occupants have been informed by their landlords about the fire safety plan for their building. We are talking basic information, but information that could make the difference between life and death.

“Over the next 12 months, the BWF will continue to raise awareness of the lifesaving role of fire doors and importance of third-party certification to help improve building fire safety as we move into 2019 and begin planning for next September’s campaign.”