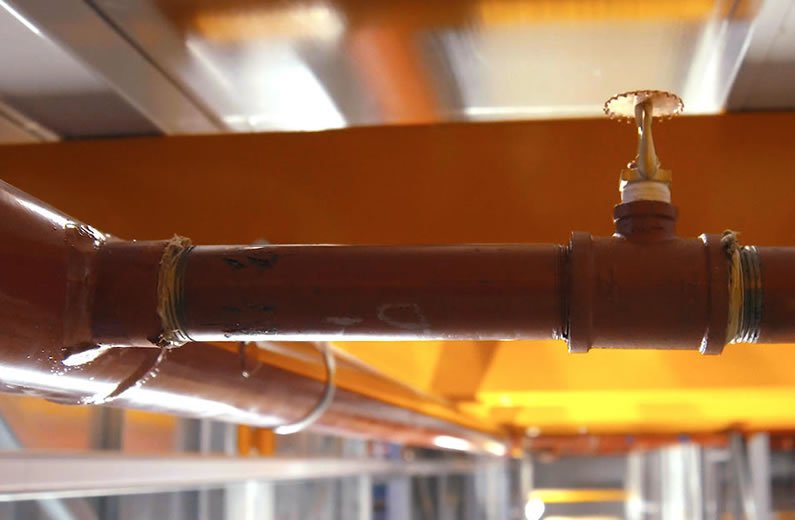 A year and a half on from the Grenfell Tower fire, you’d be forgiven for thinking that all the lessons had been learned, and appropriate measures had been put into place to ensure proper fire protection for tall buildings. Not so, according to the London Fire Brigade. The service has been encouraging new residential builds to include sprinklers since 2016, yet recent spot checks showed that only 13% of new tower blocks included them.

The LFB must be tearing their hair out, as this wasn’t the only disappointing fire safety news they were forced to break. Out of the 177 care homes they checked last year, more than half failed their safety checks. Areas of concern included inadequate or poorly maintained fire doors – another aspect of Grenfell – as well as improper fire risk assessments, poor or absent evacuations strategies, and a lack of appreciation for structural issues such as roofing.

Some have suggested that sprinklers are only one of many fire safety measures available to developers, and that buildings could be sufficiently protected without them. LFB Commissioner Dany Cotton, who coordinated the response to Grenfell and has been a key figure in the enquiry into the disaster, put it more bluntly: “Sprinklers save lives, they’re not a luxury.”

Wherever you fall politically, there can be no questioning the impact of the Grenfell Tower fire, and the unwelcome truths it revealed about fire safety in the UK. The disaster and the subsequent Grenfell enquiry have demonstrated that the safety of tall residential buildings is a major blindspot. The conditions which exacerbated the fire and led to such loss of life – the single staircase, broken fire doors, exposed pipes, a lack of adequate smoke extraction, the ‘stay put’ policy and more – all showed clear inadequacies in both the law and the inspection process.

Despite this, however, it seems that coverage of the flammable cladding has overwhelmed these other issues. Progress is slow even here: as of November 2018, more than 400 tower blocks around the country still featured the same kind of cladding used on Grenfell Tower. In most cases this flaw was identified immediately after Grenfell, yet tenants and building owners are at a potentially deadly impasse. While residents worry about another disaster happening to them, most refits are yet to be paid for.

The others issues however appear to have received less attention. The evidence provided by the LFB demonstrates that sprinklers and fire doors – two critical elements in both escaping from and controlling a fire – continue to be neglected. Of course, laws already exist to mandate fire doors, and it’s possible that this might happen even if they were more rigorously enforced. But the gap between what is being advised by fire safety professionals and what is being achieved – even after Grenfell showed what can happen in the worst-case scenario – is worrying.

While most companies in office blocks will happily install sprinklers to protect their assets, it seems some property developers are not willing to do the same to help protect human lives. Fire resistant cladding has been available for decades, and in many cases, the choice existed when the tower blocks were built for the developers to use it. Instead – because it was legal to do so – many chose the cheaper, more dangerous option. This is a failure of self-regulation, but this also reflects a lack of oversight, as well as a reluctance to subsidise change.

Some of this blame has been portioned at MPs, many of whom are landlords. Around 1 in 5 MPs rent out property, including 28% of all Conservative MPs, who currently have the most power in Parliament. Some Labour MPs have claimed that this is a conflict of interest, and that action may have been slow because of a reluctance to spend money. While this is excessive, it is concerning that action has been slow to arrive at a time when it’s so desperately needed.

Combustible cladding has now been banned on new builds above 18 metres, and this is a step in the right direction. But addressing only this one issue risks papering over a number of cracks. If there are other safety features which are widely agreed to be extremely helpful in the event of a fire, then we as a society must find a way to deliver them. The financial burden pales in comparison to the moral benefits, and safety compliance has been proven to be a net good time and time again.

Some have argued that the country has bigger issues to contend with at the moment, and that fire safety can wait. Consultation is also ongoing, and it may be that lawmakers were waiting for the end of the Grenfell enquiry to take decisive action. But the year and a half in which thousands of people have waited anxiously for news is surely too much. Not only are residents of tower blocks and care homes around the country being put at risk, but their mental health is also being impacted by concerns about their safety.

Particularly as the UK withdraws from the European Union, there is a chance for us to set new standards, and present a positive example to the outside world. The fact that Grenfell could happen in a modern, developed economy was shocking in itself, as was the level of oversight that allowed it to happen. Continuing to delay and avoid installing critical fire protection systems because they are expensive sets the wrong example, and risks damaging the UK’s reputation internationally, as well as putting lives at risk.

About the author: James Beale is the Operations Manager at Invicta Fire Protection, a specialist division of The Invicta Group and the world’s leading installer of 4 hour passive fire protection systems using Promat Durasteel.

To contact this supplier or receive more details please complete the request form below.