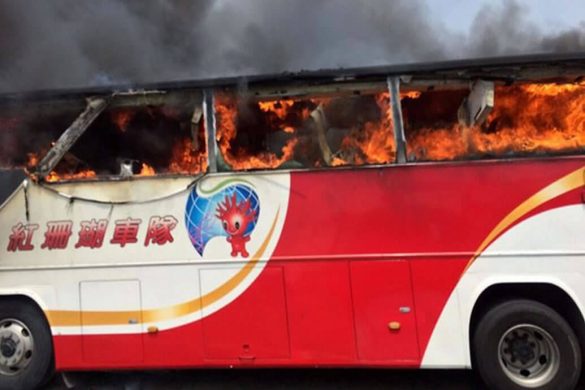 The loss of human lives and body injuries as a consequence of post-collision fires either by smoke inhalation or due to burn injuries are unfortunately not uncommon. The literature indicates that fire events related to crashes are still a significant problem.

The increased combustible load in newer vehicles is an important factor to be taken into account for the fire safety, as well as their potential to release toxic fumes while burning. Trends indicate that the survivable collision energy will continue to increase and, at the same time, the probability of post-collision fires rises with the collision energy. This means that the occupants of a vehicle may probably survive a high energy collision but will sustain severe injuries or death due to a post collision fire.

SP Fire Research has carried out a pre-study where a literature survey about post-crash fires was done including statistics on the causes and dynamics of post-crash fires in road vehicles based on the literature, crash and incident reports as well as on interviews with medicine specialists. Further, a study about current fire legislation, environmental aspects of fires and a literature study on materials used for the manufacturing of vehicles and their relation to post-crash fires are included.

Results from this study indicate that fires in vehicles originated by a collision event are a problem needed to solve and more research is needed.

The SP Report 2015:55 can be downloaded from:  http://publikationer.extweb.sp.se/user/default.aspx?RapportId=32119

Main Image: A handout photo shows the devastation on the bus which crashed near Taipei. Photograph: Taoyuan fire department/EPA