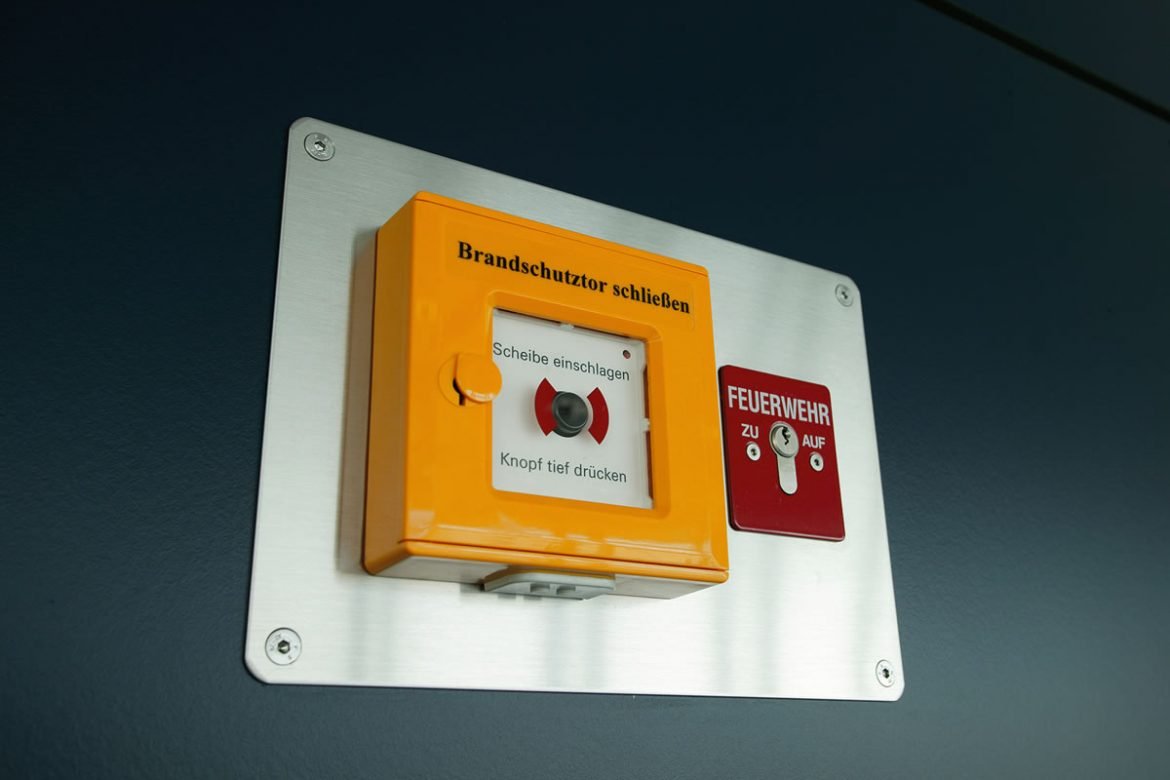 The fire extinguishing system of a tank farm showed considerable defects. The operator commissioned TÜV SÜD Industrie Service to validate a refurbishment concept. In deviation from the usual regulations, an alternative concept was proposed and implemented. A central component of damage limitation is early fire detection with thermal imaging cameras. In conjunction with other measures, this solution is just as safe.

Appropriate technical and organisational measures must be taken against fires in tank farms to prevent fires and explosions or reduce their effects. The hazard potential of the stored substances lies essentially in their flammability and in their ability to form explosive mixtures with air. Large damage events in tank farms occur very rarely. However, if they occur, the emergency response forces are particularly called upon to prevent far-reaching consequences. Preventive fire protection is therefore of central importance.

Coordinating technology and application of law

Fire protection must achieve defined protection goals. This also applies to existing systems in which preventive fire protection is to be optimised. It is not unusual that extensive measures are planned and implemented – possibly also in order to exclude any liability risks. But not everything that would be feasible from a technical point of view makes sense in practice. When it comes to fire protection it is important to coordinate engineering services and the application of the law. This requires a high degree of technical knowledge and legal know-how. In the end, a conclusive and economically justifiable fire protection concept should be developed that is granted the approval of the authorities and the professional fire brigade and is easy to implement in practice.

Classification according to building law and target definition

Tank farms are facilities of special kind and use. The operation is connected with the handling and storage of materials with explosive properties or increased fire hazard. For this reason, protective measures and safety precautions are not only the responsibility of the operator, but are also of public interest. For this reason, the Bavarian Building Code (BayBO) contains material requirements, which serve as a “general stipulation of fire protection” for the protection goals defined in Article 12. Structural installations shall be arranged, erected, modified and maintained in such way that the occurrence of a fire and the spread of fire and smoke is prevented and to enable the rescue of people and animals as well as the effective extinguishing work in the event of a fire. According to Article 3, paragraph 1, however, the technical building regulations may be deviated from if an alternative solution fulfils the general requirements of paragraph 1 to the same extent. Thus, if the generally accepted rules of architecture and technology are observed, the requirements and regulations laid down in law shall be deemed to have been complied with.

On the premises of a tank farm in Bavaria, Germany, various test experts found serious defects in the fire extinguishing system. For the planning of the refurbishment, an engineering office submitted a catalogue with extensive renovation measures. In total, the refurbishment was to cost the operator 1.7 million euros. Independent TÜV SÜD engineers validated the plans.

The initial situation was as follows: In the affected part of the tank farm there were 24 tanks in which easily flammable liquids with a flash point (FP) of < 21 degrees Celsius were temporarily stored in accordance with hazardous substances legislation. The capacity of the tanks was between 600 and 2,000 m3. The following fire protection infrastructure was available: a non-automatic foam extinguishing system with a foam agent supply of 10,500 litres, two submersible pumps in the nearby harbour basin with a capacity of 180 m3/h each for the shell and roof sprinkling of the tanks as well as the fire water supply, a manual triggering of the shut-off valves and a separate transformer station, which was fed in by the regional energy supplier. The provision of emergency power was planned by the local professional fire brigade.

The TÜV SÜD engineers drew up a list of priorities containing the essential measures required for the refurbishment. In order to achieve the protection goals, implementation was proposed in three steps with packages of measures:

Installation and commissioning of an early fire detection system, consisting of a fully automatic infrared measuring system from DIAS Infrared, which detects a possible fire event via temperature changes in the monitored area before a fire can occur. The following areas are monitored: safety devices and valves of the tanks, pumps, motors and other electrical systems in the explosion zone, refuelling stations (filling islands for tank trucks) as well as the transfer zones for ship unloading and train refuelling. The system consists of seven thermal imaging cameras on pan-tilt heads. Exceedance of a certain temperature value is immediately reported to the control room of the tank farm as well as the local professional fire brigade. The cameras are housed in a weather-proof housing with ventilation and heating (Fig. 1). Thus they are well protected against external influences. Further measures are the remote triggering of the extinguishing agent supply from the control room and the automation of the safety equipment.

Renovation of the piping system of the foam extinguishing and sprinkler system by replacement of corrosion-affected and leaky pipe sections. In addition, three permanently installed foam extinguishing systems in the form of foam monitors are to be integrated for incipient fire and fire fighting. In addition, a mobile foam monitor must be provided.

Ensuring power supply for early fire detection and fire fighting: The maximum duration of a power failure is at least 30 minutes. As redundancy, independent emergency power must be provided for a period of two hours by battery buffering and additionally by means of a diesel-powered emergency power generator.

The alternative fire protection concept was coordinated and implemented with the operator of the tank farm, the responsible municipal authority and the professional fire brigade. The tank farm operator, in cooperation with the professional fire brigade, is now able to counter possible scenarios of fire emergence early and effectively – even in the event of a power failure and blocked access by a freight train (Fig. 2 and Fig. 3). Compared to the previous concept, implementation of the alternative fire protection concept saved around one third of the originally estimated refurbishment costs. The required protection goals and the same safety level were achieved.