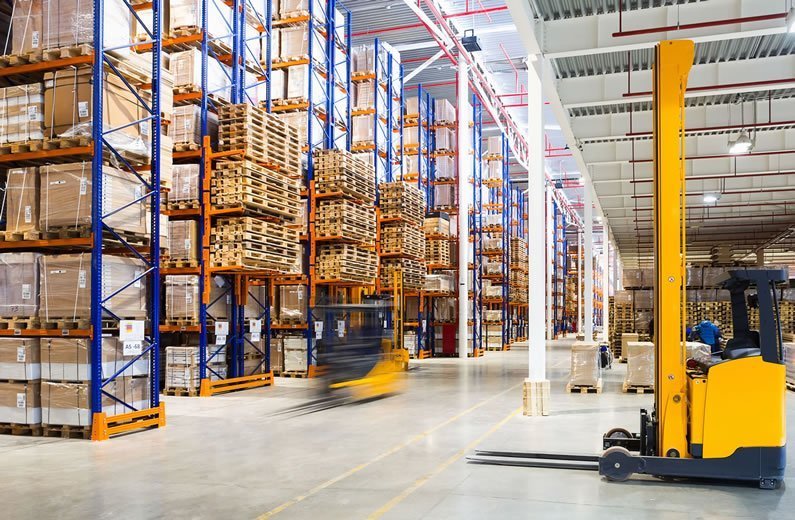 The advance of the robots seems unstoppable at the moment, even if it isn’t quite how it’s portrayed in the movies. From autonomous vehicles to delivery robots and AI assistants, every facet of our lives is expected to be touched by automation in the coming years, with entire careers being replaced and industries transformed. As the kinks are worked out though, accidents and issues are inevitable – and one such incident has happened at a warehouse in Andover.

The fire at a state-of-the-art Ocado Warehouse Fire throws the issue of fire safety into stark relief, occurring despite an advanced fire suppression system and several days of intense firefighting efforts. While it is unlikely to quench the thirst of retailers for a more efficient picking and delivery process, the ‘Ocado fire’ does demonstrate that automation brings with it entirely new concerns about fire safety. Both companies and governments will have to react to ensure that the future is even safer than the present under robot stewardship.

While details are scant at this point, the fire appears to have started somewhere in the high-density racking in one of the Andover facility’s giant warehouses. This may have been due to a malfunctioning robot, of which there were more than 1100. Acting like autonomous shuttles, the robots would receive communications wirelessly, moving on rails above a grid-like racking structure to pick goods from pallets stacked below. Travelling at up to four metres per second, one robot could reportedly assemble the average order in around five minutes.

While it’s too early to say exactly what caused the Ocado fire, it’s known that a previously award-winning sprinkler system did activate, but that it failed to stop the fire. It appears that this may have been due to the design of the high-density racking, where plastic pallets were stacked vertically in an extremely dense configuration. The pallets on each layer may have prevented the water from the sprinkler system from penetrating down into the racking, failing to quench the fire as it spread downwards.

The effect of the water on the robots has also been called into question. A firefighter speaking to the Times claimed that the robots were still moving around during the fire, but Ocado say that they were definitely shut down when the alarms went off. This raises the possibility that the water sprinklers actually caused the electronics to short circuit, which may have led to them moving around independently on battery power. Finally, the configuration of the racking, which was designed to be as dense as possible, made accessing and fighting the blaze much more difficult than in a typical warehouse fire.

Whatever happens next, this is unlikely to be the death knell for fully automated warehouses. The fire is unlikely to put even Ocado investors off, with the group’s blueprint for robot picking and distribution having already been sold to several major supermarket chains. If anything, they may be quietly relieved that the fire has happened in Ocado’s facility and not theirs, with the view that pending investigations will make their systems safer in future.

What this fire does invariably do is raise questions about how autonomous systems are configured and designed. In Ocado’s case, the early signs are that the fire started despite advanced fire suppression systems, and that the nature of the building made it impossible for firefighters to fight the fire effectively. The inability to navigate the tightly packed racking, with deep wells that ran from floor to near the ceiling across the entire space, meant that firefighters had to cut holes in the roof and spray the fire from above. If the sprinklers did help to suppress the fire, fire crews were unable to put it out.

The apparent inability of the sprinkler system to penetrate the racking, and the use of water on electronics, speaks to a communication breakdown between robot designers and structural engineers. As a rapidly developing field, much of the focus appears to have been on the operability of the robots, and how to get them working seamlessly and efficiently to pick and pack orders. The result was a series of exceptionally complex and clever robots, but a system that appears inherently flawed from a safety perspective.

This is a fundamental issue with fully automated warehouse environments, and something that evidently still needs to be addressed. At present, very few warehouses are fully automated, with most using a combination of human and robotic workers to pick, pack and store goods. This tends to mean that the spaces are more navigable and less dense, making it easier to both break and suppress fires within racking, or isolate a malfunctioning robot.

Fully automated warehouses can be much more dense. Videos of the Andover warehouse show that the racking spanned nearly the entire length, width and height of the facility, with more than a thousand robots travelling at high speeds within a few millimetres of each other. This creates a unique problem for fire prevention and suppression: how do you prevent a fire from starting in a space that’s entirely populated by small, battery-powered vehicles; how do you identify a fire when it starts; and how do you stop the fire when it’s started?

The answer is that in theory at least, all of these things are already possible. Preventing fires from starting is a matter of design and maintenance: keeping the risk of malfunction as low as possible, and ensuring external factors – such as debris or grease – are dealt with. A VESDA fire detection system allows for extremely early, remote detection of a fire before any visual signal is available, making it even faster than human identification. And a gas-based fire suppression system can penetrate dense racking in a way that sprinklers cannot manage, although this requires an extremely careful evacuation to prevent people from being stranded inside.

The key point in all of this is that the issues apparently faced in this fire are not insurmountable. While more can certainly done to assist firefighters in the event of a fire – and decisions will have to be made about building design – the aspects which can cause a fire to spread through dense racking can be controlled.

What the Ocado fire serves as is a wake-up call for an industry that has perhaps been a little too focused on improving technology, and less so on the ramifications it has for fire safety. As Ocado exports its template and others move towards entirely automated workplaces, it may be necessary for the law to bridge the gap, and set new standards which all such warehouses have to follow.

About the author: James Beale is Operations Manager at Invicta Pallet Racking. For over 25 years Invicta has been at the forefront of the archive storage industry throughout the UK and Europe, designing and installing some of the largest pallet racking solutions currently found on the market.

To contact this supplier or receive more details please complete the request form below.