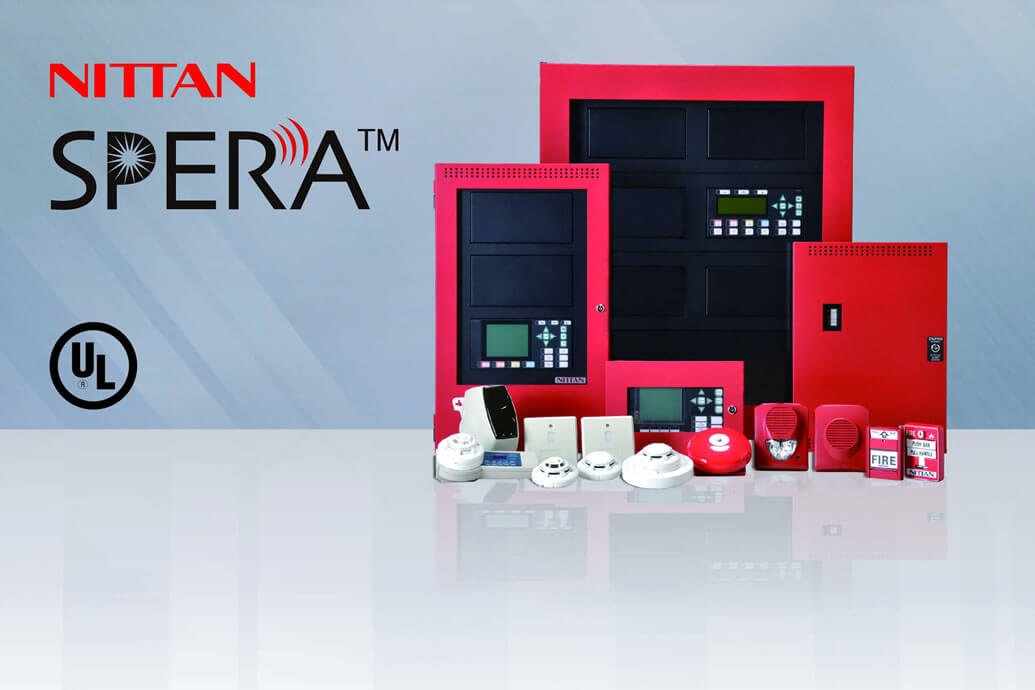 SPERA is a flexible, expandable, highly reliable system developed by Nittan for countries and regions requiring UL approved fire safety systems, including the USA and the Middle East. It was officially launched at this year’s FIREX exhibition where overseas visitors welcomed the opportunity to use Nittan’s expertise and tried & tested technology across a broader range of territories than ever before.

SPERA has been designed with flexibility at the heart of the system. It is capable of a wide range of system configurations and is customizable with an array of modules.

Readily expandable and suitable for a wide range of applications, including large sites with multiple buildings, SPERA uses an RS-485 interface and accommodates up to 254 addresses per two loops, with a capacity of 14 loops per control panel and up to 63 panels in one network running over copper and/or fibre optics. As a result, up to 224,000 addressable devices can be supported on one SPERA system alone!

The SPERA panels come with a number of valuable features and functions, including an interlocking simulation and manual activation. Furthermore, each panel is capable of monitoring others on the same network, enabling personnel to easily check the status of panels throughout the system from that nearest to them, for maximum convenience, safety and speed. For larger sites with multiple buildings, an optional LED board is available as a mimic panel to monitor the network fire alarm system.

The panels themselves are easy to configure and use, with a useful Configuration Data Hot Swap function which allows up to three data configurations to be installed and for data to be replaced very easily. A large LCD display with 16 lines and 40 alphanumeric characters aids installation. Up to 6000 event-logs are available.

SPERA is built on Nittan’s advanced, highly flexible EV protocol which is resistant to interference and allows for substantial amounts of information to be transmitted at high speed. As with all Nittan system, SPERA combines truly exceptional and reliable fire detection with a very high degree of protection against unwanted false alarms.

The Nittan Group has been at the forefront of the international fire protection industry since 1954 and has sales, R&D and manufacturing bases in four countries, including the UK. The company continuously innovates and strives for exceptional quality products that meet the highest standards.

For sales information, please contact Nittan on 01483 769 555 or by email at sales@nittan.co.uk or visit the website www.nittan.co.uk