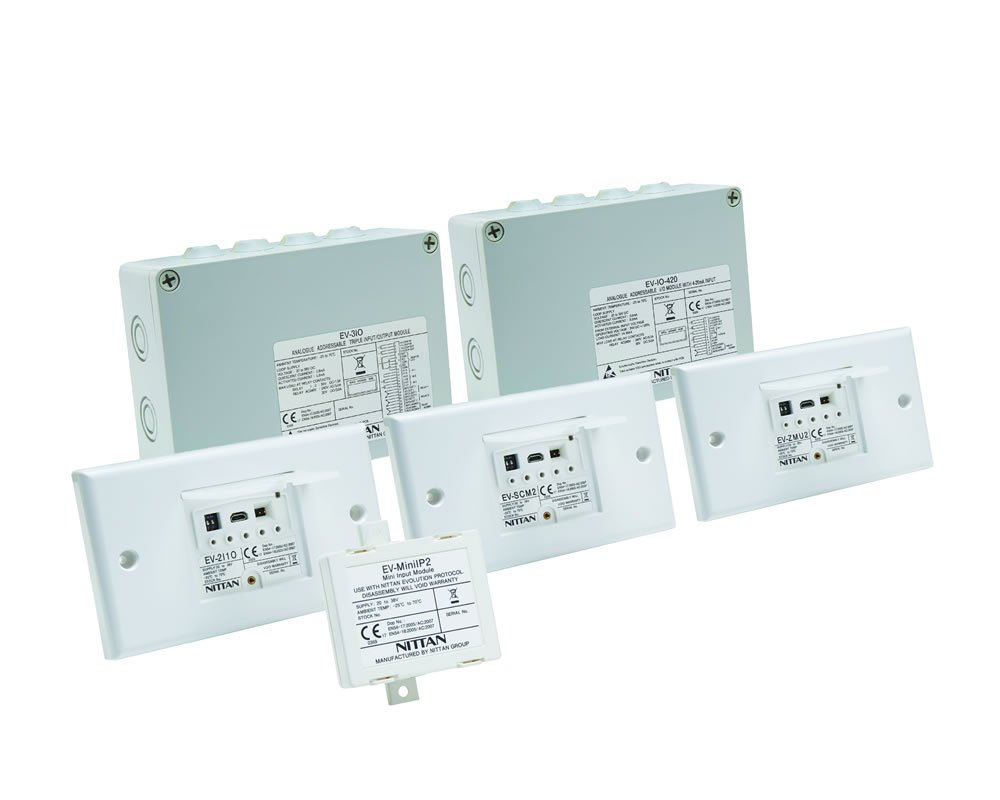 Nittan Europe – a leading manufacturer of conventional and addressable fire detection products – has announced a series of new Interface Modules to allow for improved connection of its world class Evolution range to even more third-party equipment than ever before.

The six new Modules cover a variety of interface applications, including door release, sounder control, communication with industrial plant & equipment and non-addressable detectors, plus a mini Module for mounting within other equipment such as Firebeam or Aspirating detectors.

The main Modules feature the same uniform, sleek design for aesthetic appeal, are all EEPROM Addressed (Programmer) and come complete with Short Circuit Isolator; many also have mains rated relay.

A tried and tested solution, the Evolution range combines truly exceptional and reliable fire detection with a very high degree of protection against unwanted false alarms. Its highly flexible protocol is resistant to interference and allows for substantial amounts of information to be transmitted at high speed.

The Nittan Group has been at the forefront of the international fire protection industry since 1954. It continuously innovates and strives for exceptional quality products of the highest standards.