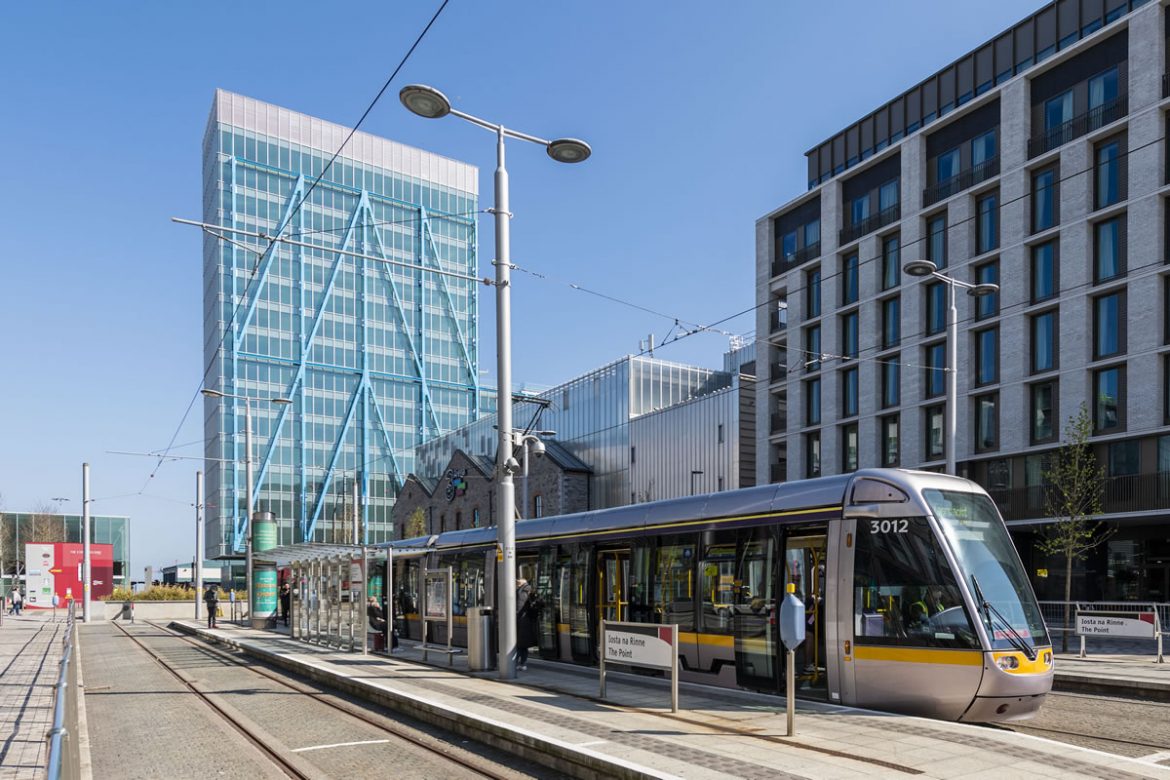 The EXO building contains 16 floors over three basements. More than 1,350 Nittan Evolution Analogue Addressable devices were installed as the primary detection system throughout the building, along with Advanced Electronics MxPro 5 Series fire alarm panels and network – one loop panel per floor for tenant space, two eight loop panels for landlord space and a four loop panel for the basement.

The use of Nittan EV-PYS combined smoke detector sounders reduced the overall visual impact on the floors and common areas. The units have a 360-degree viewing angle Omniview ring to allow for quick location and identification of any problem which may arise.

The use of Nittan Multiple Input Output units significantly reduced installation time and the need to “hide” equipment. To provide a fault tolerant network, Evolution new ZMU2 complete with SCI were used for leak detection system in basements and top floor plant room with its own network.

Where it was necessary to mount wall units for signalling, EV-AV2 combined sounder strobes were used. These units have a profile of 30mm and are white in colour. The high visibility 360-degree strobe is extremely bright and visible from all angles. The 90 decibel sounder provides a clear audible tone which can be changed if required. A white cover neatly conceals the terminations and tone setting dip switches.

Evolution is Nittan’s premium fire system. Evolution uses ASIC technology in the sensors and sophisticated detection algorithms, combining extremely reliable fire detection together with a very high degree of protection against unwanted false alarms. Its advanced, highly flexible protocol allows for substantial amounts of information to be transmitted at high speed and is not affected by the number of devices on the loop.

David Browne from FTI commented: “The EXO is the largest commercial high rise building in Ireland, overshadowing the iconic Siptu building and Central Bank of Ireland which also have the same Nittan and Advanced systems installed by FTI. The EXO is installed with a complete open protocol, aesthetically pleasing choice of detection devices using Sine Wave Frequency Shift Keying transmission technology which is recognised as one of the most reliable and powerful Analogue Addressable systems on the market. The flexibility of loop sizes on Nittan protocol allows the setting of each floor to be configurable, enabling it to provide custom specifications for individual tenants. The protocol exclusively accepts 254 devices per loop, giving ample room for a sufficient number of additional devices.”