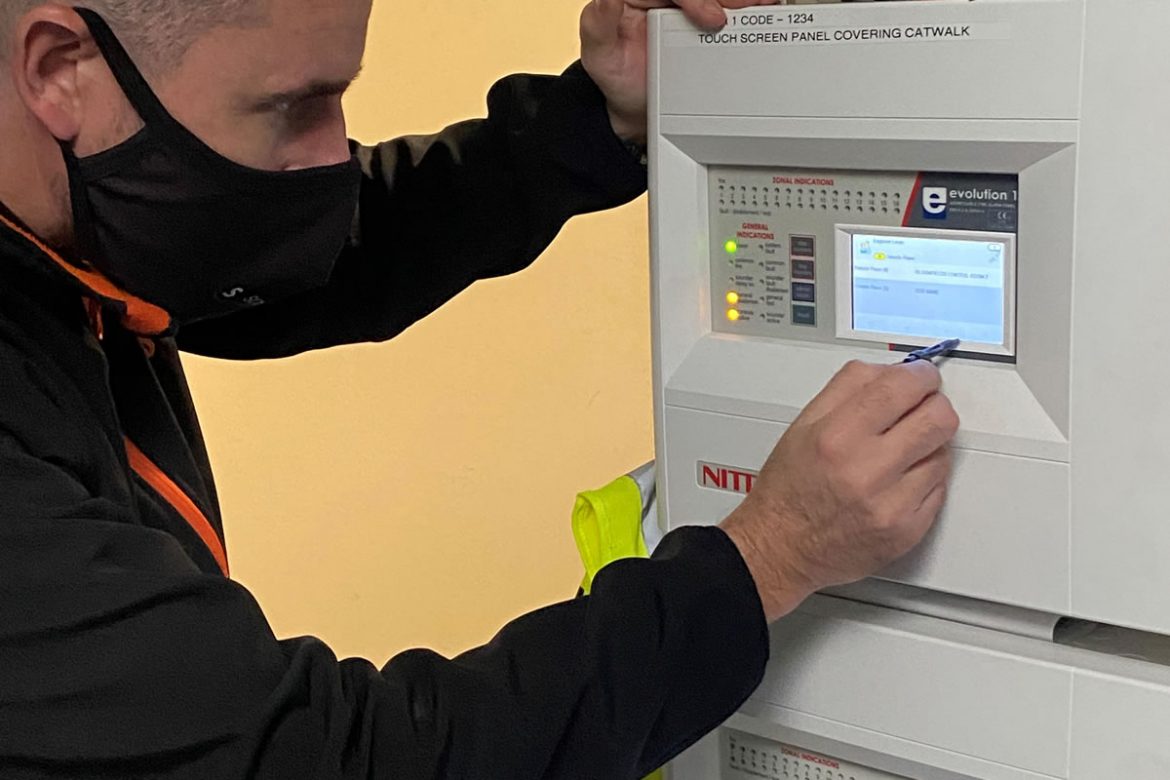 A Nittan Evolution fire detection system has been installed into the Bloomfield Shopping Centre in Bangor by Nittan Elite Partner Solutions for Systems, based in Northern Ireland.

Built in 1992, the Bloomfield Shopping Centre has for many years been North Down’s premier shopping destination, featuring a covered mall with 45 retailers, eight retail park units and three stand-alone restaurants.

A new fire detection system was required at the site and, following detailed proposals by Solutions for Systems, a Nittan Evolution system was installed. William McBride of Solutions for Systems stated “Nittan were specified because the client required that the system selected be compliant, cost effective, user friendly and have functionality to permit integration with existing or future building management systems”.

The new fire detection systems feature eight Nittan Evolution 1 fire alarm control panels installed in a network at strategic locations throughout the site, enabling site personnel to quickly and effectively access and assess any alerts on the fire alarm system without needing to return to the control room or to have dedicated staff located at a single panel in a control room.

Evolution 1 are user-friendly touch screen panels that are both reliable and cost effective. Fully compliant with BS EN54 part 2 and 4, the Evolution 1 panels have been designed with separate dedicated menus for the user and installer. They have the capability of running up to 254 devices on the loop, while the flexible architecture means everything from a single standalone panel, to a 16 panel network can be achieved without any additional hardware.

Evolution 1 panels are compatible with Nittan’s award winning Evolution range, which uses microprocessor technology in the sensors and sophisticated detection algorithms, combining extremely reliable fire detection together with a very high degree of protection against unwanted false alarms. Its advanced, highly flexible protocol is not only uniquely resistant to external interference, but also allows for substantial amounts of information to be transmitted at high speeds. At the shopping centre, Evolution EV-DPH-A2R Dual Optical Heat Detectors were selected, which feature Nittan’s award winning Dual Optical Technology to reduce false alarms, which retail environments are often prone to. Furthermore, the detectors also incorporate an A2R class heat detector. As such, the units are capable of monitoring two very different by-products of a fire –smoke and heat – so response to all fire types is significantly improved when compared with single sensor type units.

The Evolution EV-DPH-A2R Detectors sit on Nittan EV-AV2-Sounder Beacon Bases which provide both sound and visual indication of alarm.

The new BS5839 Part 1 compliant Nittan Evolution system installed at Bloomfield Shopping Centre is now in operation and meeting the needs of its customer. It provides the level of protection required at a competitive price, from the cost of the equipment through to the installation and ongoing maintenance. Whilst the cause-and-effect requirements of the centre and retail park are relatively complex and detailed, it was easy to configure with the Nittan system and a substantial part of the work to do so was performed off site which reduced on site disruption and installation costs. In addition, the system is open protocol and comes with an extended warranty which means the client has reassurance from an ongoing maintenance perspective that there should be minimal future costs after installation. The open protocol also ensures the Nittan system can readily interface with the existing centre BMS and also the systems in individual shop/retail units.