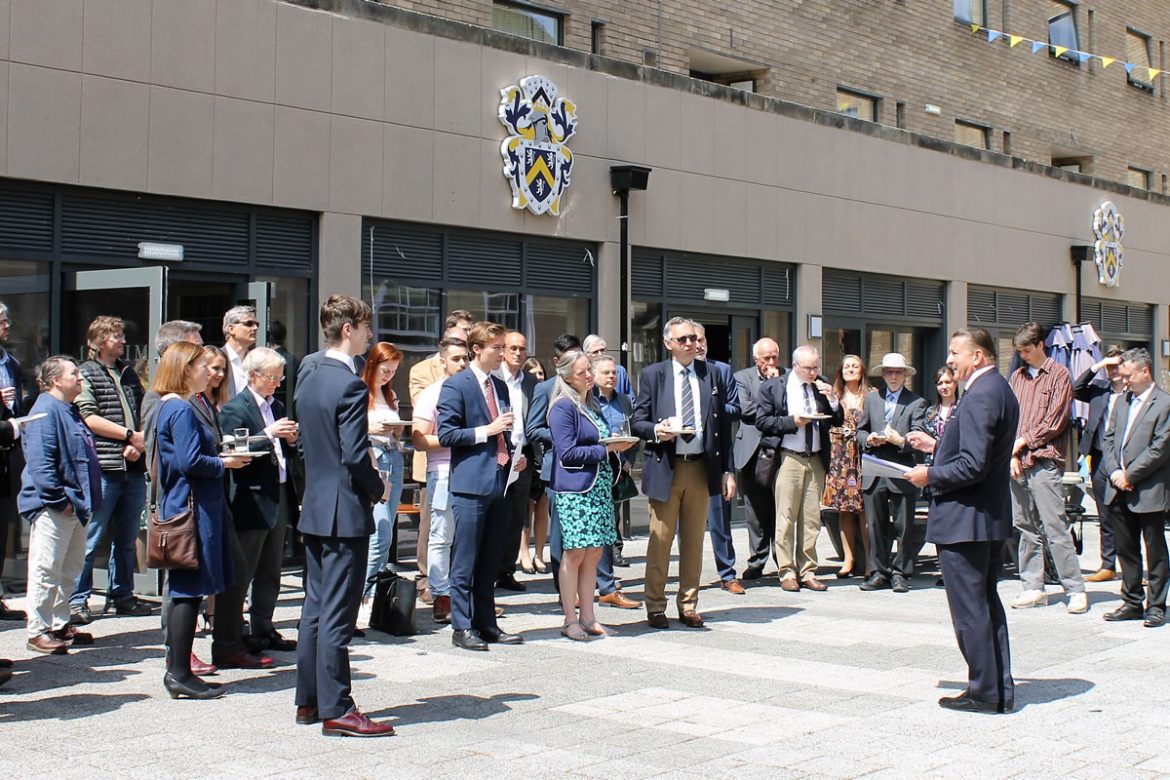 A NEW research Institute dedicated to finding and supporting the next Isaac Newtons and future Nobel Prize winners of science in the United Kingdom has been officially opened this week at Hatfield College, Durham University.

The Durham Institute of Research, Development, and Invention (DIRDI) is a scientific research institute established by double Queen’s Award winner Coltraco Ultrasonics in partnership with Durham University and, co-located with the Centre for Advanced Instrumentation, Department of Physics.

The new institute aims to produce genuine mathematical and physical science discoveries in the way great revolutionary thinkers such as Sir Isaac Newton achieved, but also the innovative aspect of applied R&D in the Thomas Edison spirit of developing and commercialising new impactful technologies that create new wealth and prosperity for the UK and the world.

The creation of DIRDI has been driven by advanced manufacturer Coltraco Ultrasonics, which this year was recognised for its excellence in international trade with a Queen’s Award for Enterprise, repeating its success in 2019.

Daniel Dobrowolski, Head of DIRDI, said: “Unlike typical research institutes, DIRDI is primarily commercially-funded. Through the rapid commercialisation of promising R&D lines, the freedom to explore fundamental science is sustained.

“The rapid technological progress of the last century continues apace, but the truly transformative technological breakthroughs will be ones that cannot be reasonably conceived of today.

“We are empowering our members, be they academics or students to explore the science that interests them, because we believe whole-heartedly that the best minds at Durham University today are as capable of achieving great feats of discovery as the great men and women of the past.”

In the years to come, DIRDI aspires to grow and nurture its members throughout their academic and commercial careers, identifying and supporting the “Newtons” and Nobel Prize winners of the future, and delivering a critical mass of new research and scholarship.

Headquartered in London, Coltraco Ultrasonics is a global company and is principally engaged in the research, design, development, manufacture, integration and sustainment of high-exporting advanced technology systems, products and services.

Its CEO is Carl Stephen Patrick Hunter OBE, also Director-General of DIRDI, who said: “We’re looking for the gold dust in people driven by their ambition for and love of discovery and we want to inspire the extraordinary.

“Our twin objectives are to identify the next Newton whomever he or she may be and to create a unique environment for our brightest undergraduate scientists to transition within our Institute to postgraduate levels and provide our country with a “pipeline” of future British Nobel Prize winners for science.

“If we are successful, the societal impact will mean the engendering of hope for all those who have not had the opportunities, the support or pathways to invent and bring forward their ideas having been stymied by their lack of access to university research.

“I believe that coupling theoretical research, into the fundamental physical laws of our Universe, for humankind, with applied research, to advance the development and manufacture of high-exporting UK science and technology, is a new model of University-Industry collaboration to advance UK Research & Development, invention and innovation.

“We are all very grateful for Durham University’s support; this is the public and private sectors combining to create national endeavour which I believe will help spur our economic recovery and future prosperity.”

Professor Paula Chadwick, from the Department of Physics at Durham University and a member of the DIRDI advisory board, said: “Colleagues and I in the Physics Department have worked very successfully with Coltraco for nearly 10 years, and countless students have benefitted from projects with them.

“This exciting new institute will, I hope, become a hub for the exchange of both applied and blue-skies scientific ideas. I look forward very much to working with the team to realise DIRDI’s ambitions.”