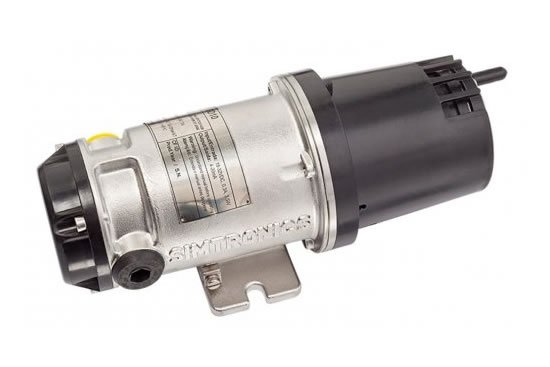 The only device on the market that provides IR detection to first-class SIL 2 high demand mode and SIL 3-capable IEC 61508 ed. 2 with a proof test interval of 8760 hours.

Teledyne Gas & Flame Detection has provided its GD10P infrared gas detector with a full firmware revision and upgrade, enhancing the product’s performance in high demand mode SIL2 approved applications. This milestone, as part of the product’s continuous improvement lifecycle, builds on circa 30 years of proven field experience for GD10P in the harshest industry environments and further supports the provision of a far longer warranty than conventional infrared gas detection systems.

New firmware within GD10P complies with the highest functional safety standards. The safety function has been assessed in conformity with the IEC 61508 ed. 2 standard according to Route 1S: Requirements for the avoidance (prevention) and requirements for the control of systematic faults, as well as Route 1H, which is based on hardware fault tolerance and safe failure fraction concepts.

High demand mode is where the frequency of demands for operation made on a safety-related system is greater than one per year.

While most safety-based applications in the process sector require only ‘low demand mode’ solutions, ‘high demand mode’ safety-critical applications are becoming increasingly common. As a result, gas detectors such as the GD10P must demonstrate their suitability and competence in line with the latest SIL2 third-party certification.

In comparison with other infrared (IR) gas detectors, the new firmware adds further to GD10P’s differentiating factors, which include a solid-state infrared source. Here, the optical chamber, featuring two independent IR silicone (semiconductor) sources, is sufficiently robust and stable to merit a 15-year warranty. This compares favourably with the standard 2-3-year warranty commonly available with conventional IR detectors. The GD10P also features heated optics to prevent condensation, a HART interface, fail-safe operation, extended diagnostics and low maintenance requirements thanks to features such as a scratch-proof sapphire lens/mirror (instead of traditional glass).

Thanks to its solid-state dual sources, the GD10P, which has origins in the oil and gas industry, is ideal for use in extremely hot, cold or wet environments. Conversely, traditional alternatives suffer negative effects from factors such as vibration, flow rate and environmental influences like heat and dust, which means their plastic filter/sinter can melt or clog. Other noteworthy advantages of the GD10P in comparison with conventional gas detectors include a calculated life of 60 years (versus five years) and a T90 response = 1 second for methane (versus <8 or 9 seconds).

Proven in the field

Among countless real-life applications, one worth calling out is the detection of ethylene in recirculating air on board large industrial machines. Most applications of this type now require SIL2 level gas detection in high demand mode, and GD10P offers this feature without hardware redundancies. This particular application requires high accuracy that would otherwise necessitate specific process monitoring measures beyond safety devices alone. However, the GD10P matches the requested accuracy, allowing the customer to make savings in equipment investment costs as each machine required multiple detection points.

Another common example of the GD10P’s aptitude is evident in the detection of propane at industrial welding stations. After a previously unsatisfactory experience using catalytic detectors, the GD10P is proving ideal in these dusty conditions thanks to ‘auto-zero’ self-adjustment of the detector. Furthermore, the large optical chamber provides the opportunity to send two different warning levels that indicate the requirement for cleaning and avoid the need for ‘real time’ servicing.

Further exemplifying the benefits of GD10P is its application involving the detection of ethanol when monitoring the storage of perfume essence. The aim was to avoid the loss of expensive perfume essence diluted in ethanol, perhaps due to a tank leak, and avoid the increase of ethanol concentration in a confined area. The GD10P, due to its target gas selectivity (narrow band optical filter) and very low response time, was the optimum solution. The detectors have been in service for four years.

These and many other case examples build upon a large global installed base of more than 100,000 GD10P IR gas detectors, many of which are operating in harsh conditions. Lower cost of ownership is a further advantage as only one detector is required per system, instead of several with low demand mode SIL2 approval.

Notably, the firmware upgrade aligns Teledyne’s GD10P with the requirements of the latest third-party certification advancements, increasing confidence in the platform’s traditional feature sets. When coupled with a depth of innovation based on real world data from in-field proven use over several decades, the GD10P knows few limitations, irrespective of the application’s size, environment or location.