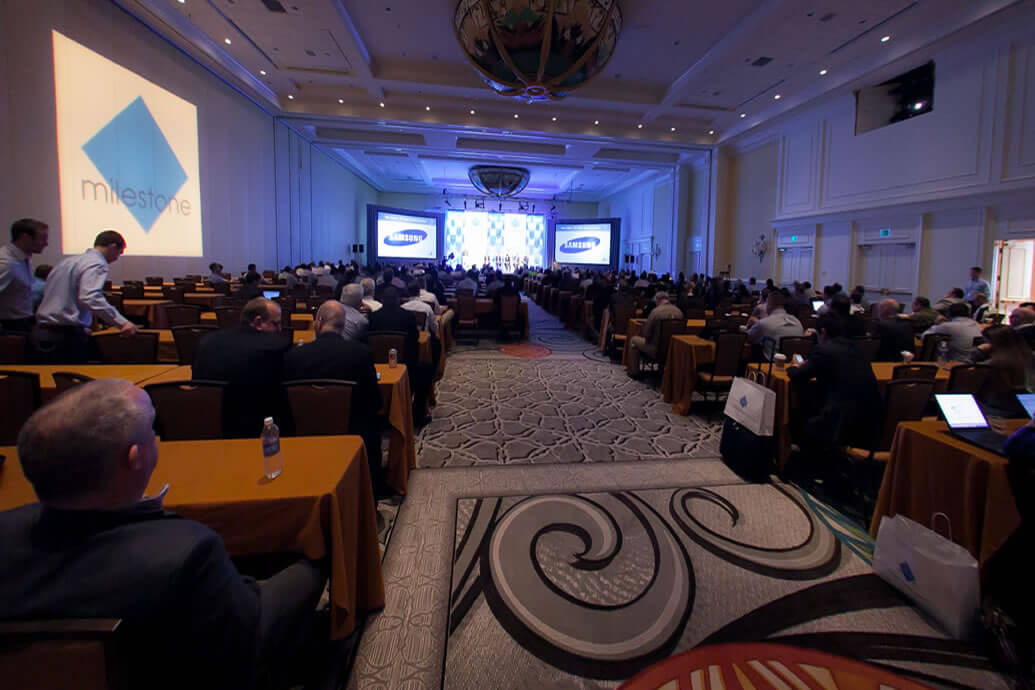 Over the past 20 years, MIPS has established itself as an authority among professionals of this industry. In his welcome to exhibitors and visitors, Viktor Zolotov, First Deputy Minister of Internal Affairs of the Russian Federation, noted that MIPS “uses its well-deserved reputation among professionals and manufacturers of special machinery and equipment as one of the best trade exhibitions and congress projects in Russia and the CIS. This is confirmed by the steady increase in the number of Russian and foreign exhibitors, as well as official guests and visitors.”

Despite the slowing rate of development of the Russian economy in general, over the coming years the security market is expected to grow. MIPS 2015 serves to confirm these trends — this year, the exhibition space was kept in its entirety, with over 100 new companies exhibiting. The exhibition featured national stands from China and Taiwan.

Over 430 companies from 22 countries exhibited at MIPS 2015, a third of which were international manufacturers, and around 300 companies were Russian. The exhibitors presented their advanced technical developments in the following sections:

Today, experts cite the main trend in the security market as the intellectualisation and integration of security systems. Leading manufacturers of video surveillance systems, security and telecommunications are developing to cater to incorporating the concepts of smart cities and buildings and transport systems interconnected through cloud services and online interfaces. By 2020, experts predict that the number of devices connected to the internet could reach 50 billion.

MIPS 2015 focused on security systems used in implementing smart city projects, the creation of a single urban information and communication space, which integrates ICT solutions for transport, energy, utilities, physical infrastructure, management and public safety. Many experts predict that by 2025 the number of smart cities will grow by four times and will reach 88 (in 2013 there were 20). This process will stimulate joint activity between city administrations and commercial businesses. In 2013, the volume of global investments in the development of smart cities reached $1 million, and by 2025, it is thought that the size of investments will reach $12 million.

A number of Russian companies exhibiting at MIPS export to other countries. These are companies with impeccable business reputations: Argus Security, Stilsoft, Istochnik+, Bolid, and ITV. The Strelets radio systems manufacturer, Argus Security, is ranked among the top 30 developing Russian high-tech companies by TekhUspekh 2014. Its developments are highly appreciated by the President of Russia, and by both Russian and international customers. Strelets has been successfully exported to many countries and is used at Buckingham Palace, the Belgium Royal Theatre, Oxford and Cambridge Universities, the tents of the Cirque du Soleil and the Hungarian Academy of Science.
MIPS 2015’s general partner was once again Beward, the Russian developer and manufacturer of IP video cameras.

The business programme offered a range of specialised conferences dedicated to discussing topical issues of security, learning about advanced global practice and the successful use of innovative Russian and international technology. Some of the key topics included:

The Security of Warehouse Complexes and Logistics Terminals conference in which participants were able to exchange opinions, tried and tested practical experience, and knowledge of warning systems for internal and external security threat in warehouse complexes and logistics terminals. Nedap Security Management was the sponsor of the conference.

The Cloud Technologies in Monitoring and Security conference touched on issues of integrating cloud technologies in to the Russian security industry, current trends of developing the industry, the development of VsaaS and ACaaS in Russia, opportunities and prospects that cloud technologies can offer participants of the market and the end user, and much more.

The Museum Security conference covered issues of ensuring security for historic and cultural buildings, the evacuation of people in case of a fire, theft and vandalism prevention, as well as identification markers for exhibits. The Deputy Director of Operations at the State Hermitage Museum, Alexey Bogdanov was the moderator of the conference.

MIPS has been rebranded for 2016 and will be called MIPS / Securika. The next edition of the event will take place on 14-17 March 2016 at Expo Centre in Moscow.